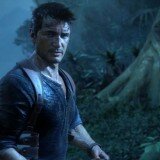 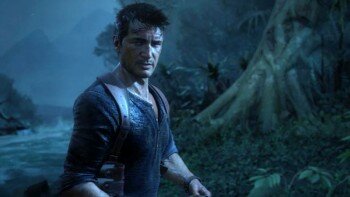 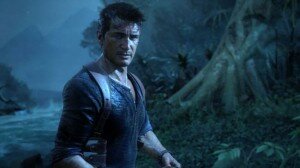 In 2013, Naughty Dog released a teaser trailer for a new Uncharted game that would be released on the PlayStation 4. Two years later, the newest installment was set to conclude the Uncharted series. Almost 3 years after its official reveal the game has officially hit retail stores and it has gone above and beyond to provide us some closure to the series.

A Thief’s End is set 3 years after the events of Drake’s Deception. Nathan Drake is now a retired treasure hunter and is happily married to Elena, the woman he loves, however Nathan is not content with a normal life. Suddenly Drake’s life is turned upside down when his older brother, Sam (who was presumed dead for the last 15 years) comes back into his life seeking Nathan’s assistance. The rest of the game has Nathan traveling across the globe from Scotland all the way to Madagascar unraveling the secrets of the Libertalia.

Out of all the games, I find Nathan to be the most relatable character in this game. A Thief’s End goes further in depth on Nathan’s back story, we learn how his past has morphed is personality and why he became a fortune hunter and how it has effected him into becoming the man he is today. I was able to connect with Nathan emotionally, Nolan North did a great job getting into character for this role and I feel this is Nolan North’s best performance. 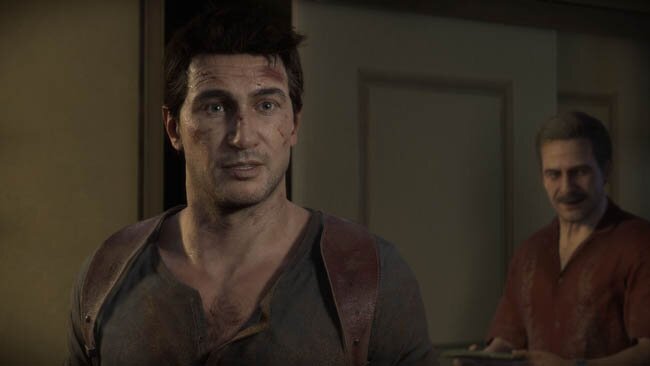 Just like the previous installments, A Thief’s End’s gameplay is from a third-person perspective and offers its fair share of combat, climbing on ruins, buildings, and walls, as well as some puzzles here and there.

A Thief’s End goes further in depth from its predecessors in as the game allows you to sneak past enemy soldiers without doing any harm at all, similar to how certain parts in The Last of Us allowed you to sneak by enemies without harming them.

Though it plays similar to The Last of Us, the companion AI is much smarter this time around; you crouch? They’ll crouch. You fight a group of enemies? They will move out of the way! The AI is incredibly useful in combat as well Naughty Dog really hit the nail on making sure the AI was useful as you progress through the game. 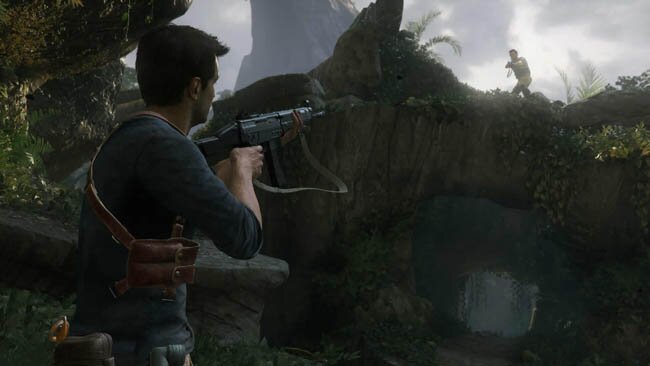 The game won’t punish you for choosing to go stealth or not, which it is always nice to have, especially if you’re like me, who likes a mixture of both when playing games like this. The enemies battles don’t feel like they drag on for extended periods of time, which I found to be a big issue in Drake’s Fortune and Drake’s Deception, I’m very grateful that the enemies in this game don’t overstay their welcome, this way it keeps the games pace consistent when trying to further the story, however, the storyline really slows down when you hit Act 3 of the story, while I understand its near the end of the game, I felt that the slow-paced narrative overstays its welcome, and despite the improvement from the enemy battles, they are in fact plagued in this slow third act. Nathan’s hand-to-hand combat has also been greatly improved, however, I found myself not relying on it as much but it is a great improvement from previous entries so keep that in mind, in the event that you may have to use it.

While there are plenty of trophies you can acquire through replay ability once you finish the main story, there is more gameplay that you can experience! A Thief’s End also features a multiplayer mode. The multiplayer of features four modes Team Deathmatch, Plunder, Command, and Ranked Team Deathmatch, I have spent so much time on the multiplayer alone, and Naughty Dog has certainly improved on the formula since the beta!

Graphically the game is extremely impressive. A MAJOR improvement from The Nathan Drake Collection! The game runs at a steady 30 frames per second, I am glad Naughty Dog stuck with that frame rate, as I have had no issues with frame rate drops, or pixelated visuals. The scenery, and cut scenes feel so real, at time I felt like I was watching a movie. The character designs, as well as their facial expression feel so natural that as well!

In conclusion, Uncharted 4: A Thief’s End is one of the best games I have ever played. Ever since I played Drake’s Fortune on my PS3 back in 2007 I fell in love; I have said this before and I will say it again, I love Uncharted, and I will choose it over Raider in a heartbeat.

The level of story telling, consistent gameplay, and the amount of emotion this game has given me, the characters are all like able, in my opinion out of all four of the main installments, A Thief’s End has the best story. The last time I felt this much emotion in a game’s story was when I played The Last of Us.

While I’m sad to see this legendary franchise come to a close, the Uncharted series leaves behind four amazing main entries as well as a new campaign add-on coming to the game somewhere in the near future, there is more than enough content to keep consumers content for an extended period of time.