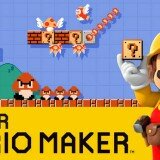 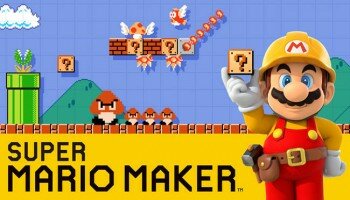 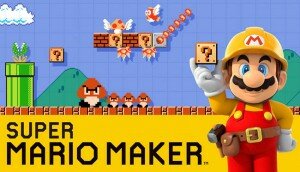 Ever since I was a kid, I’ve been a fan of the Mario series. I’ve played them all over the years: the main series platformers, the RPGs, the racing and sports games, even the infamous Mario Party series. The Mario series is and always will be one of my all-time favorite game series. I always wanted to make my own Mario games and levels, and it was that desire and love for the series that first inspired me to want to work in the game industry. But outside of some rom hacks and using other level creators in games like LittleBigPlanet, me and other Nintendo fans were for the most part left out in the cold when it came to make Mario levels. What’s a Mario fan to do?

Enter Nintendo, who in celebration of the original Super Mario Bros. 30th anniversary has released Super Mario Maker, a game that lets players channel their inner game designer and make their own 2D Mario levels. Though I initially was indifferent to it, as I saw more of it, I became more and more excited for a chance to make my own 2D Mario levels without having to fool around with a cumbersome level editor. But now that the game is out, is Super Mario Maker the game that we Mario fans were hoping for? Is it just as fun to make Mario levels as it is to play them? And does the game have enough of a community to last for months or even years after its release, or is it a novelty that most people will get bored of after a few weeks?
While I can’t answer that last question, I will say that Super Mario Maker is the first game that I’ve played in a long time to make me feel like a kid again.

There are two key components of Super Mario Maker’s gameplay: making levels and playing them; let’s cover making first. When you first boot up the game, you’re thrown into a mini tutorial that shows you the basics of how to create levels before being allowed to go wild and start making your own levels, unlocking more items, enemies, and themes to create with (you start off initially with the original Super Mario Bros. and New Super Mario Bros. U). The user interface for making these levels is simple, yet fun and intuitive in its own way, and as someone who isn’t into creating content myself, I loved it. Adding items and creating platforms is as simple as taping the Wii U Gamepad and placing whatever you want in your level; it really gives off a sense of drawing these stages on paper, and anyone who’s doodled a drawing in class will feel right at home. 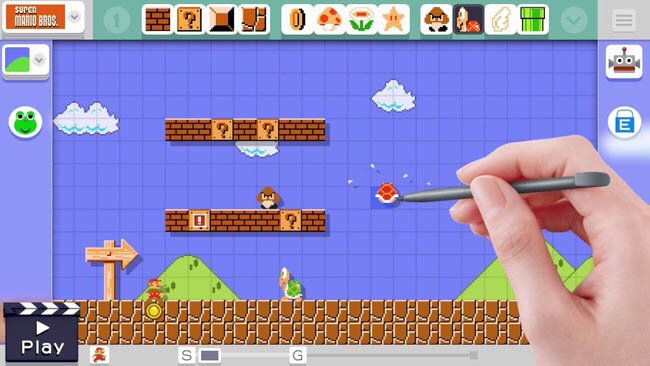 The amount of stuff you can do with your levels is impressive as well. You can stack enemies on top of each other to create a tower of enemies, you can create an underwater level with nothing but Boos, have Lakitus and Bullet Bill Blasters drop out coins and stars, and even make Bowser even more fearsome by giving him wings. You can even recreate the original World 1-1 using the Super Mario World art style and physics. Yes, as advertised you can make your level in one of four styles -the original Super Mario Bros., Super Mario Bros. 3, World, and New Super Mario Bros.- each one bringing what made them unique; Super Mario Bros. gets a unique item (which I’ll talk about later), Super Mario Bros. 3 adds the P-Meter, World adds the spin and Yoshi, and New Super Mario Bros. brings the wall jump. Making level in each of these styles was quite enjoyable, but as much as I enjoyed stuffing Koopa Troopas into question mark blocks in the Super Mario Bros. 3 style, as a longtime Mario fan I couldn’t help but notice that there was a lot of stuff from these games missing. For example, while it’s great to see the Feather from Super Mario World make a return, the equally popular Frog Suit from Super Mario Bros. 3 is missing. Not only that, but you can’t make desert or ice themed levels, there’s no way to add slopes or set up checkpoints in levels, and while Bowser Jr. making an appearance is pretty cool, the Koopalings are nowhere to be found, an omission that’s made even more puzzling when you consider the fact that they appeared in Super Mario Bros. 3, World and New Super Mario Bros. U, three games that are represented here. Now granted, none of this takes away from what you can make in Super Mario Maker, and it says a lot that even with everything that Super Mario Maker there’s still stuff missing, but it’s still kind of disappointing to see what didn’t make the cut. Hopefully some free updates or DLC will fix that in the coming months. 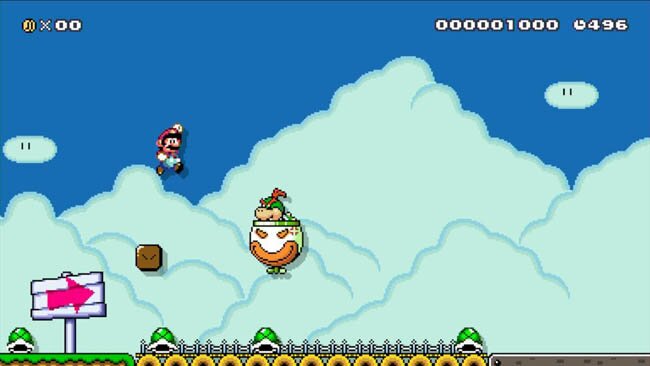 When you’re done making levels, you can take what you made and upload it to the Internet and play levels that others have made. While it is still early on (the game has only out for about a week), it’s a safe bet that no one is going to replace Shigeru Miyamoto and Takashi Tezuka at Nintendo anytime soon. Not everyone who’s playing Super Mario Maker is an expert level designer, and it shows with many of the levels, as many of the levels available to play are either “don’t move levels”, wherein you stand perfectly still and have the level play itself, “press right to run”, same as the first, except you hold the right button, and of course the “let’s put enemies everywhere and in item boxes” stages, which aren’t very fun. There are a few diamonds if you look hard enough, but Nintendo doesn’t make it very easy to find them, as the only way to look up levels outside of following someone is by using a 16 digit code, bringing back dark memories of Wii Friend Codes.
If you’re feeling lucky, you can also take part in the 100 Mario Challenge, a gauntlet in which you must complete 16 randomly picked user created levels (8 on the easy difficulty), with only 100 lives. While there are still some bad ones, I actually found myself enjoying this mode quite a bit, as they offered some much needed level variety. Each level that is in this mode (and every level in general) has to have been beaten once before they are uploaded, so every level you play can beaten; however, if you find a level difficult or just aren’t really feeling it, you can skip onto another one at the cost of one of your Marios. Your reward for beating this mode on any difficulty will unlock a costume that can only be used in levels made in the original Super Mario Bros. style via an item called a Mystery Mushroom. While these are entirely cosmetic, they’re nice little touches and a cool little reward for beating the 100 Mario Challenge; you can even unlock most of them with every amiibo that has ever been released up to this point, plus some that are coming out soon (like the Animal Crossing ones). 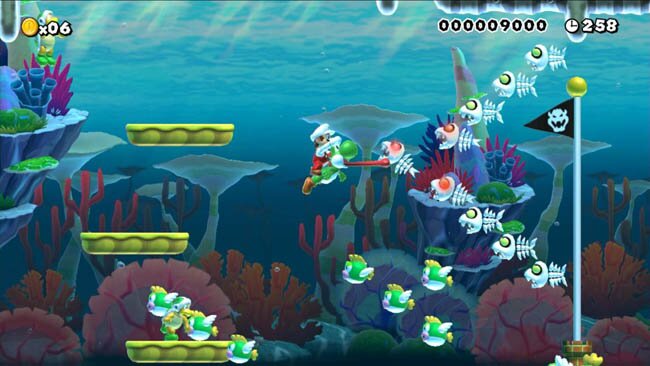 Each of the four styles in Super Mario Maker are unique and equally charming, showing off a natural progression of the Mario series. Everything has been wonderfully recreated in this game, from the clouds and bushes looking the same in the Super Mario Bros. theme to the spinning question mark blocks in Super Mario Bros. 3 and World. Even enemies and areas that never appeared in older games have been done to match each theme’s style; for example, Boo and Wiggler, enemies that first made their debut in Super Mario Bros 3 and World respectively, look great in the original Super Mario Bros. art style, as if they were always meant to be. The same goes for certain level themes, like the Airship levels made in the Super Mario World art style, or a Ghost House in the Super Mario Bros. 3 style. The menus and user interface are brimming with personality as well, as simple things like the options to erase and undo things are represented here by a bobbing eraser man and an adorable little dog. Even the ability to place objects in your level is at times a visual treat, as the cursor to place your objects can range from a guy holding a pencil, to Mario holding a pencil, and even a giant cat paw. Nintendo didn’t have to put this much effort into making the menus unique, but they did, and it brings a lot of charm to something as mundane as selecting a block to move.

Super Mario Maker is a lovely and fitting tribute to the 30 year legacy of the Mario series. Being able to make my own Mario levels is like a dream come true, made even better by how easy it is to make a surprisingly wide variety of levels without overloading the player with too much info and stuff to.
That’s not to say that the game is perfect, as the game is limiting in some areas, which holds it back when compared to other level creating games. Still, while these setbacks can be problematic, they don’t take away from the sheer amount fun I had making various levels, and this is easily the best use of the Wii U Gamepad I’ve seen. I said earlier in this review, it’s still too early to tell whether or not Super Mario Maker has enough going for it to have a rich thriving community months or even years after its release, or if most people will get bored and drop it after next week. But one thing is certain: Super Mario Maker is a fun game. But unlike previous games in the series, it’s the kind of fun you have when you create your own stuff with Lego or a sweet racetrack for your Hot Wheels to race on: everyone may have the same tools, but what you build with it and the experience you have with it is yours and yours alone.