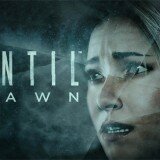 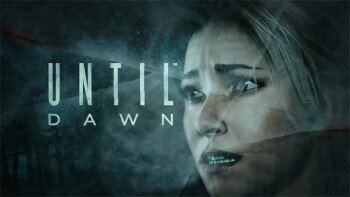 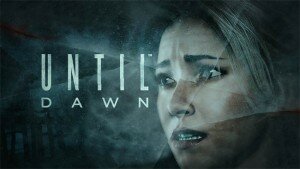 On the one-year anniversary of the disappearance of twin sisters Beth and Hannah their friends and brother get together for a remote mountain getaway. When things turn sinister the eight friends begin to suspect that they are not alone on the mountain, and desperately search for a way to survive until dawn.

The biggest mistake a player could make going into Until Dawn is making the assumption the game is just some cheesy revamping of 80s and 90s horror tropes. Believe me when I say that it is so much more than that. By being given the chance to play as each character you experience the multiple storylines that are happening at one time. The decisions you make as one character may affect what happens when you play as another character, so you must treat each interaction with care.

Additionally, there are two big twists that make this game. Just when the first twist begins to wear off, and you sit there wondering, “Is that it?” the second one comes in and drop kicks you out the window. This is not a game you play halfway and decide to give up on; you need to see it through to the end.

The main game play aspect is that of the Butterfly Effect; even the smallest decisions you make in the game can affect the outcome. These decisions can be as simple as directing a conversation in a certain direction, or choosing who to sacrifice to a psychotic killer. Understanding that the slightest choice could affect the outcome of the entire game makes the player paranoid. When you have to make a quick decision, such as that to run or hide, you begin to panic. Depending on the choice you make there will be a certain amount of quick-time events at varying speeds that depend on whether you succeed in that choice or not. Though I know people may have a problem with the idea of pressing “X” to not die, and I certainly grew wary of the incessant QTEs, it provides additional stress that pulls you into the world of the characters. 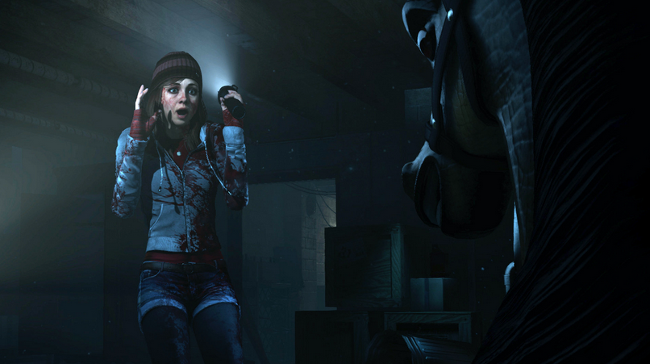 Along with the decision-making mechanic that happens within the story itself each chapter ends with a psychiatrist session. Playing as an unknown character you are asked certain questions that in turn will alter elements in the environment. This enables an environment customized to scare you, though it is simple enough to choose different answers to keep the environment a bit tamer. Fans of the Silent Hill franchise will recognize this as a mechanic from Silent Hill: Shattered Memories, though I would say it plays out better in Until Dawn’s storyline.

Until Dawn also makes full use of the PS4’s controller, using both the touch pad and motion controls throughout the game. The touch pad provides a nice variation in game play, causing the player to move their hands from the standard position in order to flick on a lighter or open a phone. Motion controls are utilized in the best way possible for a horror game by forcing you to remain still when being hunted. I found myself holding my breath whenever I needed to hide so not to jostle the controller even in the slightest. However I did “cheat” later on in the game by anticipating the moments the mechanic would come into play and rest my controller on a flat surface.

Until Dawn is the first game I have ever played on the PS4, so I may be biased when I say that the graphics are drop-dead gorgeous. But I know I am not alone in praising the amazing motion capture for the characters, which translates even the smallest facial expressions into the game. Additionally the movements feel very natural, bringing an added sense of realism to the game. The environments are well thought out, and have an atmospheric haze over there that makes you feel just the slightest bit unsettled. 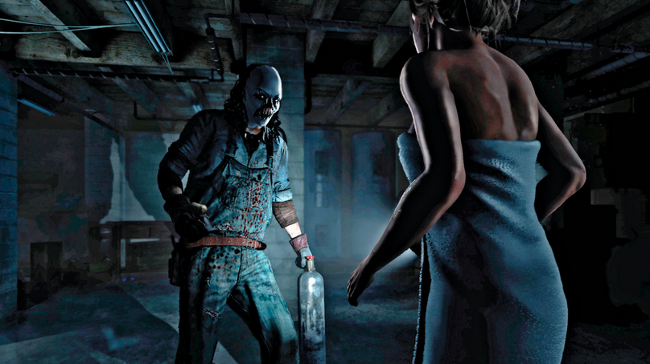 One thing players may take issue with is the set camera angles that are a throwback to traditional survival horror like Silent Hill and Resident Evil. This is not standard in games today and can certainly make movement difficult at times. More than once I found myself walking into a wall due to limited visibility. However because of the fixed camera subtle environmental scares are able to happen.

The problem I have with many horror games is that the game will not scare me the second time through. And what is the point in playing a horror game that is not even remotely creepy? After playing Until Dawn all the way through and beginning a second play through I found myself still unsettled by the environment and story. If anything I was able to pick out subtle clues that I missed the first time around and gain a better appreciation for the game and work put into it. Additionally the ability to change game play through decisions urges you to go back and see what will happen if things were to play out just a bit differently.

Overall I thoroughly enjoyed the game, and jumped out of my chair plenty of times to feel satisfied. I feel the game play mechanics were perfect for a horror game and really brought up the fear factor. Until Dawn had given me a new standard for current generation horror games, and a much higher standard for motion capture. If you have a PlayStation 4 you need to play this game.

Also, I feel the need to quickly mention that I did figure out the second big twist in the story before it happened, but I do not think that this will happen for most people. While I was bouncing up and down in anticipation for the reveal I knew was coming my friend was still completely in the dark. And when all was revealed I had to explain to her what obscure bits and pieces of knowledge I had picked up from books I read years ago and somehow managed to remember and apply to a modern horror game.