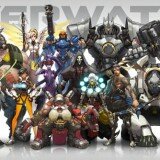 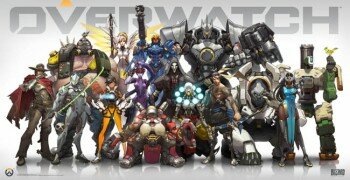 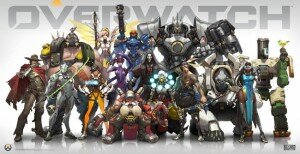 Overwatch is an arena style first person shooter created by Blizzard. It is also one of the best multiplayer shooters I have ever played. Blizzard has done a wonderful job of crafting fun and interesting characters as well as making one of the most balanced games I have ever seen. Nothing is broken and everything is fun.

When it comes to a multiplayer arena shooter, gameplay is the most important element, and Blizzard doesn’t disappoint. The game offers an optional tutorial which works very well for getting new players used to the controls. The tutorial is very short and does its job quite well. Once new players have gone through the tutorial, they will have a couple of options on what to do next. They will have the option to continue to train against AI opponents, jump into a quick-play game, Practice against training dummies, create a custom game, or participate in the weekly brawl that spices up the gameplay by adding more health and lowering the cooldown time of abilities. While the AI is sufficient, it is much more fun and useful to just jump right into a quick play game.

Overwatch is a prime example of something that is easy to learn, but hard to master. It is one of the few games that offers a large roster, currently there are 21 playable characters which are either Attackers, Defenders, or Support, where they all feel unique and useful. I have played every hero multiple times and found success with each one. No character felt useless or weak just as no character felt overpowered. Blizzard should be proud of just how well balanced Overwatch is. While many players like to complain about characters like Bastion and Torbjörn, they have counters. Widowmaker can easily pick off Torbjörn’s turrets from a safe distance as well as eliminate Bastion since to be in turret mode where he is deadly he loses the ability to move, making him an easy sniper target. All the heroes have different strengths and weakness and work well against other heroes. If you find yourself getting killed by the same hero, then change it up. Switch heroes and find their weakness. The game encourages players to be switching heroes freely throughout the match to exploit the enemy team’s vulnerabilities. 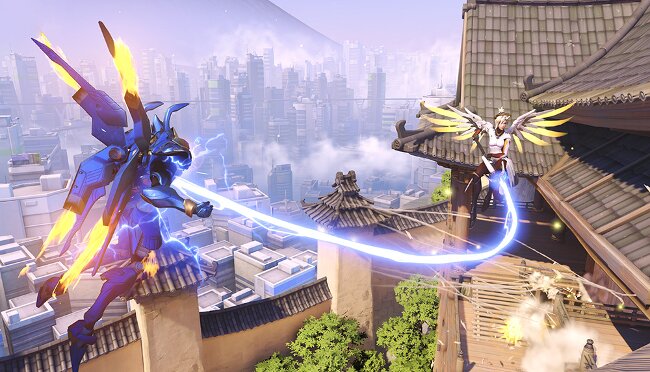 Overwatch is an objective focused shooter that encourages teamwork. There is no team deathmatch to be found here, except when the game is finding more people and just lets the players loose to kill each other, and winning will require everyone being on the same page. This means that it is really fun when everything is clicking and everyone understands their roles, but it can also lead to some one-sided beat downs. When there is no communication and people are still learning the ropes, it can lead to quick defeat, or victory, but will likely happen far less often once ranked play hits in June. Thankfully, the matches in Overwatch rarely go past ten minutes, and are usually shorter than that. This allows games to be played in quick succession and allows bad matches to be over with very quickly.

Once a match ends, there is a Play of the Game. This shows a video clip of what the game feels was the best play. It usually is just who killed the most people in the shortest amount of time. It doesn’t take into account the actual importance of the play, which is a bit disappointing. They are generally fun to watch though and the game will save the times you were Play of the Game and put them in the highlights section of the menu. It also allows players to vote for who had the best accolade. Such as solo kills, healing done, and damaged blocked. It is a great way to recognize those who don’t have very flashy tasks such as the Support characters. 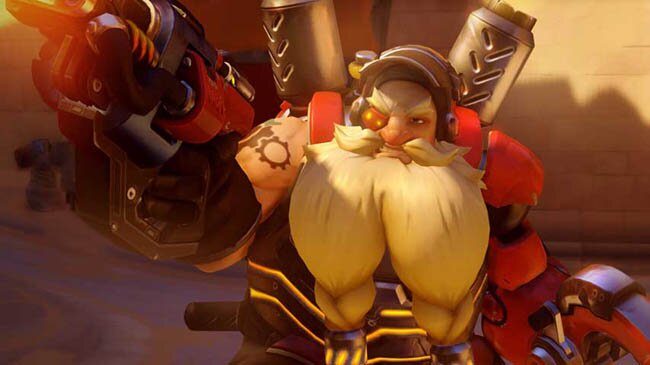 The game modes available in quick play are fun, but could use some more variety. Assault sees attackers attempting to take points while Defenders stop them, Escort sees Attackers escorting cargo by standing near it while the Defenders make sure the cargo doesn’t move, and then there is Control which sees both teams battling to control a point on the map. There are some hybrids that combine Assault with Escort, but that is it. They are certainly very enjoyable and are a complete blast to play, but some more variety would be nice. The maps themselves are wonderfully crafted with multiple passageways and different ways of attacking and defending. Just like the rest of Overwatch, the maps are perfectly balanced and don’t give an advantage to either side.

The game also has plenty of cosmetic items to keep everyone feeling fresh. From skins to spray paint you can place in-game, there are a lot of fun things to collect via loot boxes. Loot boxes will be given every time you level up, or they can be purchased for real world money. A way to purchase the actual items you want probably would have been better, though. Loot boxes are completely random and you could end up getting items for a character you don’t even like. Just having them be based around the characters you play most often would work so you are not getting items for a player you just don’t like. Still, they are fun to open and are a great way to offer micro transactions without them being overbearing since they are purely cosmetic items.

Overwatch looks great. The cartoon-styled graphics are bright and colorful and feel great to look at. The characters and their abilities are all visually unique and the maps all look very different from each other. It is not going to blow your mind with out of this world graphics, but it doesn’t need to. Everything looks very pleasing to the eye and the maps are a joy to look at with the bright color and pure variety they offer, especially since there is absolutely no stutter or slow downs on the PlayStation 4. Everything remains at a crisp 60 frames per second.

Overwatch is one of the most balanced games to ever be released at launch. Nothing really needs to be nerfed or have its damage boosted, everything works fantastically right out the gate, which doesn’t happen that often any more. Overwatch is very easy to recommend with just how much fun it is to play. Taking out enemy heroes as you work on the objectives is a great feeling and with how good everything looks, it is even more great. Overwatch may come from the failed remains of Blizzard’s Titan MMO, but it is clear that this game has risen from the ashes to become one of the best multiplayer shooters ever created.