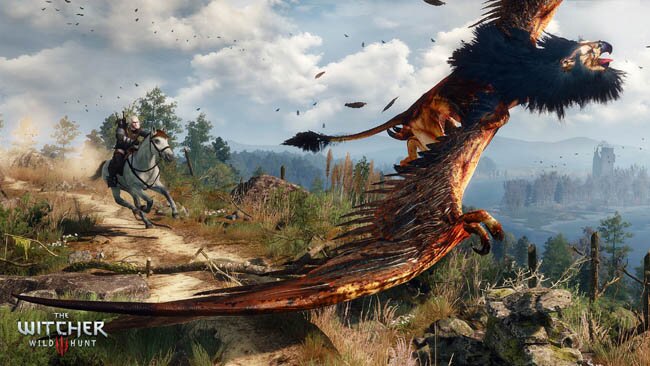 Open world games can be done one of two ways. Either you let the player have full access to your world and everyone in it, or you curate their experience, introducing them to set pieces of the world, and barring off the rest with progression checks. You can’t enter this mountain until the King says it’s okay, that sort of thing. The problem with this, of course, comes with the player. If you open the world up for everyone to see and explore, then players lose any and all connection with the actual story. It breaks immersion when the hero needs to get somewhere in a hurry, but the player can just as easily go chase wild boars around for a bit before riding off into the sunset.

This is the grand quandary surrounding open world games, and it comes down to the game designers to decide how best to approach them. Does Witcher 3 live up as an open world adventure? How does it tackle this problem in game design? Let’s grab our silver swords and brush up on our Polish, and find out.

It should be noted that The Witcher games are not new stories. They draw heavy inspiration from the works of Andrzej Sapkowski, a Polish author who started the story back in 1986. But the story of The Witcher 3 is hardly an imitation, and completely stands on its own and strikes a healthy balance between that open world and story balance I mentioned above.

It should also be noted that this game is much more Game of Thrones than Lord of the Rings. While there are trolls and beasts to slay, the world is a very adult one, and the level of violence and brutality is not one for the faint of heart. Yes, it’s not a nice story, but I felt that the authenticity towards the cruel nature of man challenged the player to face the harsh life of a more feudal time. Some may find it offensive, but I found it authentic. 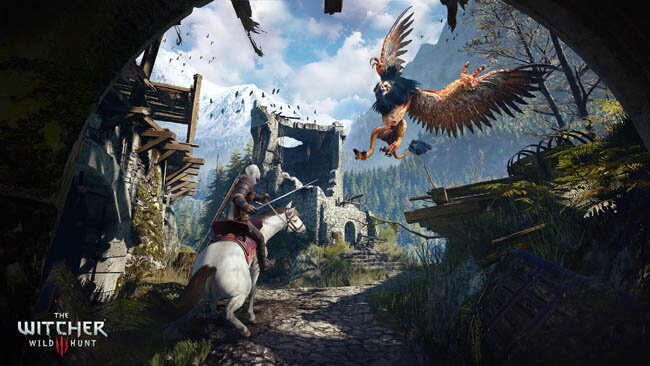 The Witcher 3 is an RPG, so balancing the story and side missions plays heavily in how the game is played. The world is vast, touted as being 20% larger than Skyrim, and it really does show. Villages have weight to them, characters are responsive to a point and much of the game is spent traveling and taking in the landscape. It provides an excellent reward to those who see a dot on the world map, wonder what it is, and travel out to it to find an adventure that wasn’t just handed to them.

Of course, that isn’t to say the gameplay isn’t without its flaws. When not in combat, Geralt uses his Witcher Sense to get a more in depth analysis of his investigation, which can get repetitive. The game is also not without its bugs. I found the PC controls to be almost unplayable, so the use of a gamepad is highly recommended. Also, during one mission I went into a hole to retrieve a mystical gate opener, but for whatever reason was not able to climb out, requiring me to reload my save and avoid that mission entirely. Granted, these instances are few and far in between, but they are still there.

The combat aspect of gameplay is also worth heavy praise. Taking on beasts like vampires and gryphons requires you to do a little bit of reading. You need to watch your enemy and observe their weaknesses, wait for an opening, and attack only when ready. Human foes are a little easier to deal with, as the parry system can make things a little too simple, but when dealing with inhuman enemies, the combat really shines, giving you a wicked sense of accomplishment when you subvert your foe, shoot them out of the sky, then drive your sword into their flesh.

This game is quite possibly one of the best I’ve seen in a while. I played the PC version, and while my computer is not top of the line anymore, it’s still more than capable. Word of warning to the PC players however, be sure to keep your drivers up to date. I noted some performance and frame rate issues which were also noted on the console versions, however in my experience lead to complete crashes of the game itself. A quick driver install fixed these though.

But aside from the negative, the world itself is alive and breathing, which I know I’ve said a lot but that’s because it’s very important. Water effects are great, trees and wheat fields sway in the breeze, wildlife scamper away as you draw close, and seeing the reflection of rain and lightning crack in the distance is a real visual treat. As far as character designs, I noted some inconsistencies in regards to modeling, specifically the spikes on some armor floating about an inch off the actual armor itself, but it wasn’t jarring or distracting. That being said, I did feel that the landscapes and monster designs themselves felt a little cliché. Granted, it’s European fantasy at its core, but no matter where you went you felt like you were in Europe. Some may like it like that, as it helps the world feel genuine and authentic, but I found it a little disappointing. Again, minor note.

All in all, The Witcher 3 is an excellent open world fantasy RPG with some minor flaws. If you’re looking for a world to get invested in and new lands to explore, then there’s a lot to take in. Geralt’s personality may break immersion for some, as ultimately you’re guiding his character, not making one of your own, but if you’re able to get into his head then there’s a lot to love. The game looks great, the world is alive, the characters are fun and interesting, and the story isn’t half bad either.

With that being said, this is not a game for children, and it wasn’t intended to be. Chances are if you’ve played the previous two you have an idea of what that means, but if this is your first venture into the land of the Witcher, then parental discretion is strongly advised. But overall, if you can make that leap, then what awaits you is a truly immersive adventure that I’ll still be playing for hours to come. In fact, I’m still playing it right now.

This one should definitely be in your ‘buy’ category.