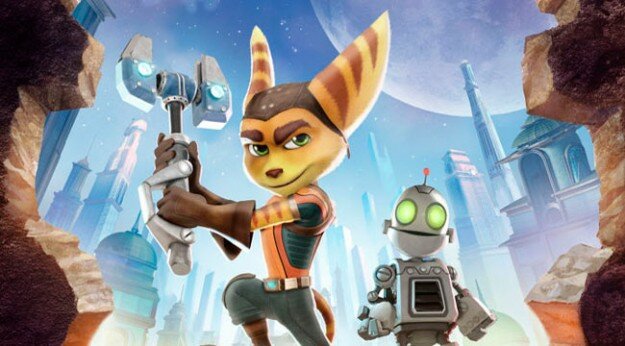 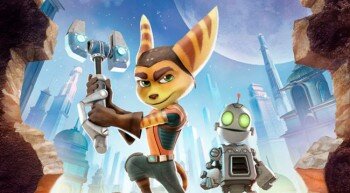 In 2014 during the Electronic Entertainment Expo, Sony announced that a new entry in the Ratchet and Clank series would be making its PlayStation 4 debut. After a few developmental delays here and there in order to be released around of the same time, the original developer of the series, Insomniac Games released a re-imagination of the original PlayStation 2 game of the same name.

The main story is told from the viewpoint of Captain Qwark who also serves as the games narrator; the game’s story focuses on Ratchet, a young Lombax who works as a mechanic with dreams of becoming a member of the Galactic Rangers, however, due to his criminal history he is rejected a little while after Ratchet saves a defected robot, who he eventually names Clank; the two then proceed to travel to Novails, where the duo rescues the mayor of the city’s capital, eventually becoming Galactic Rangers, the rest of the game has the duo traveling to different planets, defeating the bad guys and saving the galaxy.This story is the best-written story in the main series, right beside A Crack in Time. Insomniac perfected the story of the game, in the original the game just had the dynamic duo planet hopping from one to the other without much purpose other than defeating the enemies and the boss, however the game’s main story has you working as a Galactic Ranger taking out the enemies, giving the storyline more purpose.

The Ratchet and Clank series has always been a run and gun platformer, the gameplay has not been changed in this new entry. The elements of the gameplay did however vary with some features such as weapons that did not make it in the original game making an appearance in this game, as well as health upgrades, the in-game weapons are not from original.

However, many of the weapons do come from the later main series the Ratchet and Clank: Future entries, more specifically from Tools of Destruction, such as the Groovinator, which allows your enemies to dance to a cheesy groove; as well as a quick burst of comicrelief. While some weapons receive a completely different name, such as the Morph-O-Ray, which turned your enemies into chickens, has now been renamed to the Sheepinator,which turns your enemies into sheep, the game also introduces new weapons, most notably the Pixelizer, which allows you to turn your enemies into an 8-bit character.The gameplay nonetheless stays very consistent, however the only downside to the overall gameplay is something that is found quite common in the series, having to win a race in order to advance the game. I find this a bit tedious as it feels like a chore and really takes me out of the game, if it was a an optional side thing to do, I wouldn’t have an issue with the racing per se.

The game is also not difficult to beat, on my first playthrough on medium I blazed through game without any issues, and on my second playthrough I had no issues beating the game. Overall beating the game will take you around 7 hours depending on your skill,while completing all the main and side missions, as well as finding all the collectibles a minimum of 15 hours. While it may not be the hardest entry in the series, it certainly is not the easiest either, it’s a somewhat even balance game, in fact the difficulty is on par with the original PS2 game, which will not leave you raging after extended periods of time, and it will indirectly encourage you to come back and play more.

Visually, the game looks phenomenal so far I consider it one of the best looking games to come out on the PlayStation 4 this year, as well as one f the most color games released in 2016. The game runs at 1080p resolution and at 30 frames per second, with some heavy motion blur being used to help make up for the decreased in the gameplay’s smoothness.The best thing about the visuals is how the game looks like a Pixar movie. I can guarantee you, anyone who has never heard of the series, if they were to either play the re-imagine version of this game, or even see the film adaption, they would honestly mistaken this as something made by Pixar! Well done, Insomniac! 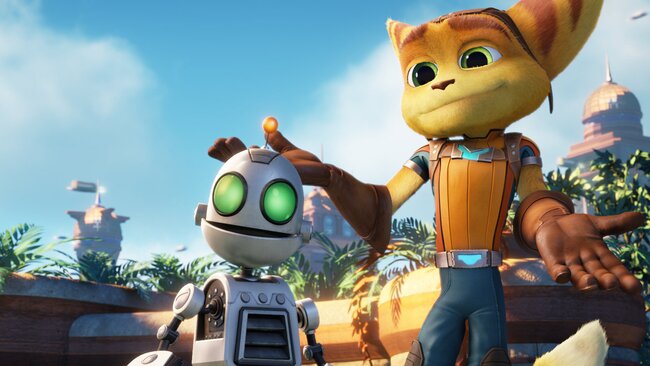 Overall, Ratchet and Clank is a fantastic game. While there are a few minor hiccups regarding the gameplay the story is one of the best written stories in the series, it is visually a great game to look at, and it brings back many weapons that were featured during the series lifespan.With the Ratchet and Clank series hitting the 14 years since it’s debut into the gaming world, this game is well worth your time and money, it already has hit sales records and is breaking sales records all around the world, and is now the fastest selling title in the series; it is the living proof that the platform genre still has a lot of juice in the tank, and I hope to see more Sony platformers, like Naughty Dog’s Jak and Daxter, Crash Bandicoot, and Sucker Punch’s Sly Cooper series make a return as well! I highly encourage anyone out there who enjoys platformers and owns a PlayStation 4 to go out and buy this game, whether you are a fan of the series, or you have never played an entry in the series, go out and buy this game it is indeed worth your time and money.