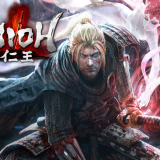 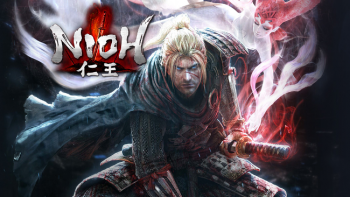 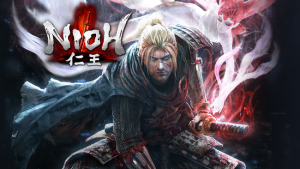 Nioh is not Dark Souls. While that may seem like an obvious statement, it is an important one. It is a game that has been facing the Dark Souls comparisons all the way up to its release but it is a very different game. It plays far more similarly to Ninja Gaiden than anything in the Souls series, even if it is clearly inspired by From Software. Nioh has a heart all its own, even if it does have a few flaws that muddle the issue a bit.

The story of Nioh is a complicated one that is explained rather poorly in cutscenes. You play as William Adams as you travel to Japan to get you guardian spirit back from Edward Kelley who took it gather Amrita, which is similar to souls from the Souls series. From there Adams gets dragged into a war in Japan because he wants to. This is where the game really lost me with the story. It introduces characters a rapid pace but never takes the time to establish who they are and why they are important. The developers failed to give them any real personality of their own and it caused the story to kind of blur together for me. There were several moments in the story where the scene was supposed to be emotional, but since I didn’t care what happened to anyone, they fell very flat. The story would have been much better served with a tighter focus on the battle between Adams and Kelley rather than introducing all these background characters.

What the game does do a good job of, however, is setting up the locations and the lore of the land. Japan mythology has a lot of interesting stories and creatures and they are represented well in Nioh. Learning the stories behind the different creatures you fight was exciting, I just wish there had been more variety of creatures to fight. 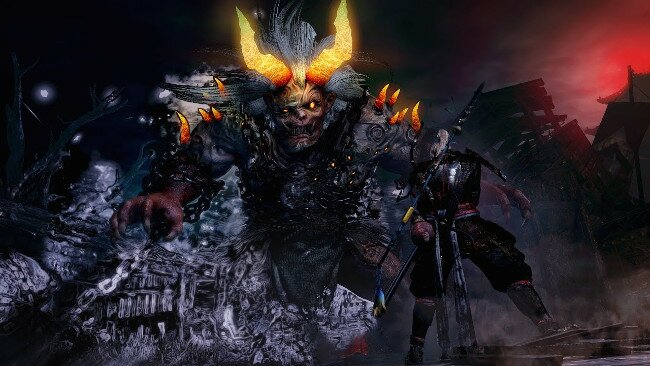 Nioh’s greatest strength lies in its gameplay, but this is also home to a glaring weakness. Let’s start with the strength, the combat is fun and exciting. Don’t go in expecting the slow and methodical combat of found in the Souls series, this is much more of the fast-paced hack-and-slash combat of Ninja Gaiden and is very much a loot fest. While a 500 item limit sounds like a lot, that can be cleared up in just a few missions.

Adams can switch between three different fighting stances, high, medium and low that all have their own strengths. High is great for damage, medium is great for blocking, and low is great for dodging. It’s a fun system to play around with and see what works best against the different enemies you fight and the many weapon types you have available. It does take the stamina management (here called Ki) from the Souls series, but that is about all it takes from combat There are shrines, similar to bonfires, and some looping levels along with a similar multiplayer but I find it different enough to stand out from the Soul series.

These enemies, however, are what really hold the game back from the greatness it’s so very close to. The complete lack of enemy variety really hurt the game for me. I could overlook the nonsensical plot because the gameplay is always what’s most important in games. However, I can’t overlook that by the end of the second region, you have pretty much faced every enemy you will ever face, not counting bosses, of course. New enemies are rarely introduced and when they are they don’t tend to differ too greatly from the ones you’ve been fighting. This really caused the game to lose almost all of its difficulty for me after the second region because I had a specific strategy down for all the enemies. It also had the effect of making the game seem to drag on. Fighting the same enemies over and over again is only fun for so long. 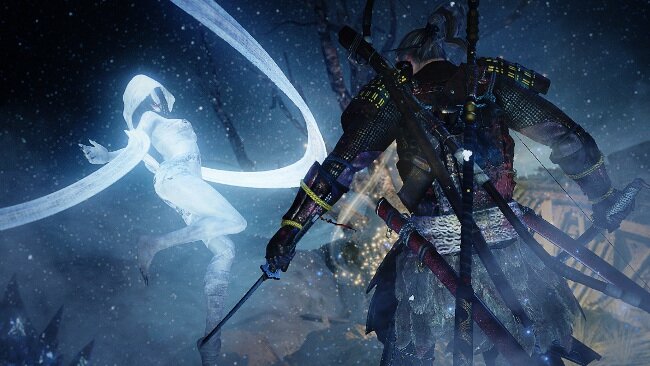 Another factor that made the game seem to drag on forever is the reusing of maps. Nioh works on a mission based system so you choose which mission you want to do and then you go into that map. The system works well enough but it really makes the world feel smaller than it is and Nioh fails to make each region unique. Each region is visually similar to all the others and some even have copy-pasted maps. At least three regions all use the same map for three different missions which I find completely unacceptable. This is made even worse with the submissions all pretty much taking maps found in the main missions and just making them more linear.

Thankfully, Nioh’s many bosses don’t suffer the same design flaw as the maps, for the most part, at least. Some of the Yokai bosses, such as a giant skeleton and giant blob from the sea all provide fun and interesting boss fights, even if they lacked some difficulty. The many human bosses, on the other hand, are all pretty boring. They fight like stronger versions of the human enemies you constantly fight in the game and have no clue how to manage their ki which makes the fights a breeze. If Nioh focused less on these and more on the far more interesting Yokai fights, then the game would have been a bit better off.

As mentioned previously, the multiplayer in the game works very similarly to the Soul series. You can summon other players to help you out on difficult levels but I would have liked for them to expand upon the ability to play with friends. There is a play with Companions option but it is limited since both players had to have cleared the level. I found this an unnecessary hindrance since I had to constantly summon my friend if we wanted to play together. Still, it works well enough and there is plenty of fun to be had going through the levels with a friend. 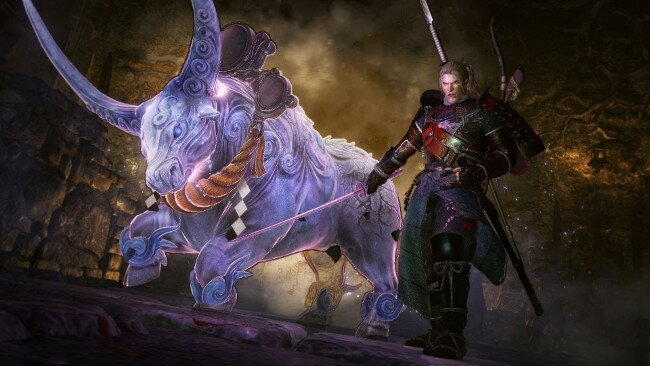 Nioh isn’t going to blow any minds with its graphics but they work well enough. Everything looks good and I didn’t notice any real texture problems which made looking at the beautiful, if samey, Japanese styled maps a joy. The audio, on the other hand, could have used some work. While weapons all have a satisfying noise when they slice through flesh I had a bit of an issue with the soundtrack. It isn’t bad, it’s actually quite good, but it makes itself known far too often. I’m not sure if it was just a glitch, but a couple times I would just be taking my time and exploring the levels when epic music would suddenly start playing and I was really confused because nothing was happening and it took me out of the experience a bit. Still, it is a minor gripe, even if it was a bit annoying.

I want to like Nioh far more than I do. I’m a huge fan of the Souls series, and I love that Team Ninja put their own influence on the formula, but I don’t think enough of the new ideas stick. I found the game incredibly easy after the second region, beyond a few optional bosses, and I found the repetition of maps and enemies to be really annoying. It isn’t very satisfying when you defeat a difficult boss and it just shows up later in the game as an enemy or as another boss which makes me question why I even bothered killing them in the first place. Nioh is a good game that just couldn’t quite climb over the cliff of greatness.

This game was purchased by the reviewer.