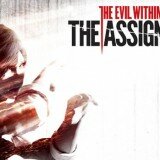 The Evil Within: The Assignment Review

Shinji Mikami took the gaming world by storm last October with The Evil Within, setting a new standard for AAA survival horror games. The spiritual successor to Resident Evil 4, one of the most defining games in the survival horror genre, The Evil Within mixed action horror and stealth elements with a psychological twist. After the game’s narrative was left wide open fans of the series were hungry for answers. Luckily, the game was slotted for three DLCs, two of which are heavily story-based, that will provide some closure to the main narrative.

The Assignment is the first DLC in a two-part story that runs parallel to the events of The Evil Within, displaying what Agent Julie Kidman was up to off-screen during the main game. A member of Mobius, the mysterious organization that backed the research for the STEM system, Julie Kidman is given the task of tracking down psychiatric patient Leslie Withers. After a “situation” at Beacon Mental Hospital is orchestrated by the organization, she and her partners are pulled into the system. From there she must navigate her way through different locations and face off with new, terrifying monsters while searching for Leslie.

Similar to the main game the cut scenes and dialogue only tell you but so much about the story, and to truly pick up the larger picture the player must be ready to interpret the environment and search out easy-to-miss documents. Additionally there is a “secret letter” that can be pieced together by finding hidden clues and solving puzzles to open safes. Of course the game is thoroughly comprehensible and enjoyable without these extra pieces diving into Julie’s past and the workings of STEM, they do help clear up some questions left over from the main game.

Additionally this story brings a sense of continuity that was severely lacking in The Evil Within. Though the individual pieces from the main narrative were fairly fleshed out, the string that tied those things together was fairly thin and seemed to drop into the void here and there. Motives were unclear, relationships were hazy, events were triggered for unknown reasons, and the mishmash of environments seemed a bit forced. The Assignment is essentially the first shift of the cleanup crew coming in to fill in the holes left behind by the main game. That statement is not meant to take away from any entertainment aspect of the game, but more so to state the overall reality of this DLC’s narrative.

Though the stealth element was present in the main game, when the player is presented with a full arsenal it is much simpler to shoot your way through areas. And you are not simply going to be handed a crossbow that shoots lightning and not use it. Well, with The Assignment it is pretty much stealth or nothing. Armed with nothing but a flashlight and high heels, which prove fairly useful in sticky situations, the player must sneak their way through Julie’s personalized version of STEM. Julie is noticeably weaker than Sebastian, and the lack of an upgrade system means you must be consistently careful with how you approach areas. Though bottles still act as a distraction tool, newly introduced methods prove to be more useful. In addition to luring enemies with her voice, Julie can “prank call” enemies by calling isolated telephones within an office or closet and then lock enemies in there. This DLC is not about fighting, but using your wits to make it through areas unnoticed.

On the occasion where you are presented with weapons they do not actually do much. Axes aid in thinning out enemy ranks, but their one-time use can be frustrating. The elation of finding a gun quickly fades once you realize that you cannot use it outside of a scripted scene. Even the main boss “fights” rely on sneaking around praying desperately for the monsters not to find you. This makes The Assignment far scarier than The Evil Within because no matter how far you progress you never really get above the combat ability of a newborn lamb. Instead the player adapts to the environmental demands, making it feel much more like a survival horror game than The Evil Within.

Though there are some graphical issues that carry over from the main game, which can be summed up in the phrases “overly pixelated shadows” and “dodgy textures,” overall the game is beautiful. The Evil Within focused on the grimy, rustic environments that gained creep factor due to their displacement from the modern world. The Assignment delves into more modern environments, such as the inside of Mobius headquarters, which is creepy due to its impersonal feel and unreliable technology. Yet despite the drastically different environments the colors and lighting make the DLC fit in perfectly with the environments from the main game.

And if you are looking for something a bit more challenging, upon beating the game you unlock “Kurayami” Mode, where the only light you have throughout the game is your flashlight. That is if you can navigate the pitch-black environment to find the flashlight.