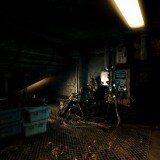 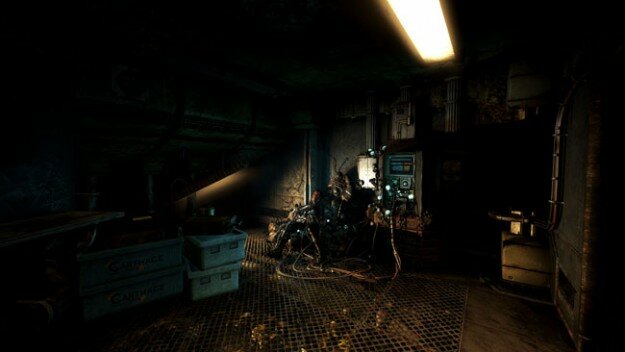 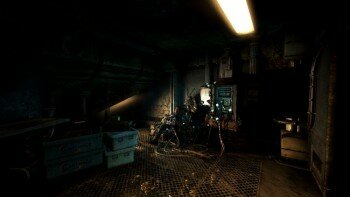 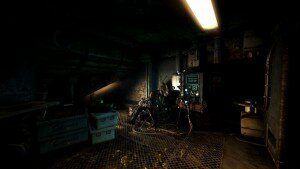 SOMA is a first-person science-fiction survival horror game developed by Frictional Games, the maker of the Amnesia and Penumbra series. Horror fans eagerly awaited its arrival, craving the deep scares Frictional is known to provide. Upon its release, people began buzzing not just about the horror elements but the philosophical questions the game focuses on.

The player takes the role of Simon Jarrett who, due to a car accident, is suffering from severe brain damage and cranial bleeding. Because of the lingering trauma Simon agrees to undergo an experimental brain scan that could assist in his treatment. During the scan Simon blacks out and wakes up almost a century later in Pathos-II, a seemingly abandoned underwater research facility. As he pieces together the events leading up to his arrival, Simon must face monstrous organic machines and desperately search for the last bit of humanity in a dying world.

What truly drives SOMA’s story is the overarching philosophical question of what it means to be human. Even if you begin the game with a strong belief of what humanity is and is not, the game will throw things at you to make you reconsider. Is humanity tied to an organic body, or does it simply mean consciousness? If it is consciousness, then who is to say that artificial intelligence is not an expression of humanity? The questions it brings makes you reevaluate the game world as well as how you perceive yourself. In some ways, that is far scarier than any jump scare could be.

SOMA focuses on three main gameplay mechanics: exploration, puzzle solving, and stealth. Exploration is what drives the game, opening up new areas and providing easily missed tidbits of the very dense story. Puzzles cause you to dive deeper into the underwater facility, facing monsters you may otherwise have avoided. And when you come across those monsters you are provided with no weapons, making stealth your only option. The stealth mechanics are similar to Frictional Games’ previous work Amnesia where a monster will notice you if you look at them, meaning you have to avoid monsters while not be able to see them. Though it worked well in Amnesia when the environments were more open, the tight corridors of Pathos-II make you realize how difficult a challenge it is. I cannot tell you how many times I found myself trapped because there was literally nowhere to hide, a no way I would have been able to even sneak around the monsters.

One things fans of Amnesia will be happy to know is that the physics system is still in effect. So while you ponder the deep philosophical questions the game throws at you, you can twirl a bra around or see how many objects you can balance on a corpse. I took particular enjoyment out of chucking a man’s eyeballs at a wall to see how far they could bounce. 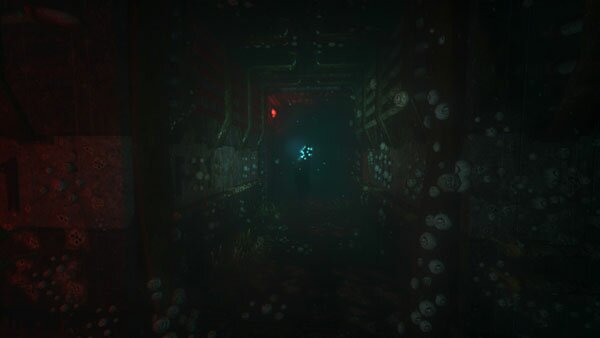 Though the graphics are not the most beautifully rendered in comparison to other releases, they certainly do the job. Since the game possesses few character models Frictional Games clearly had the time to put extra effort into the environments and textures. All the detail that makes Pathos-II look decrepit ups the atmosphere, makes the player feel uneasy even when monsters are not around.

One touch I greatly enjoyed was the intentional screen tearing that happened throughout the game. At first the rainbow pixels and broken images may cause the player to worry about their hardware, the distortion is a science-fiction take on Amnesia’s sanity system. Looking at a monster, or even hearing them, will cause the screen to distort and make determining their location harder. The distortion does come in handy, because how extreme it is lets the player know how close the monster is. So even if you cannot look at them, you can still gauge their distance, even if does little in helping you get past them.

SOMA is a well-written horror game that provides the player with a unique experience that causes them to think. Though the “survival” aspect of this game is a bit of a chore, it brings a decent amount of scares and some tense gameplay. Still, I would recommend this game to any horror fan, and especially those looking for something with more substance than the increasingly common jump scare simulators.