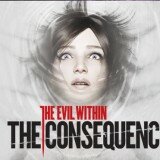 The Evil Within: The Consequence DLC Review 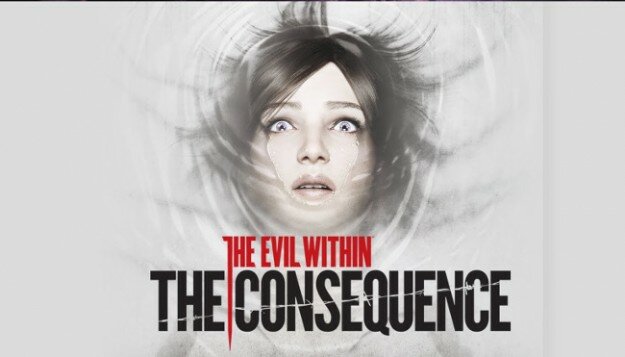 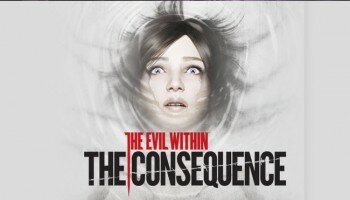 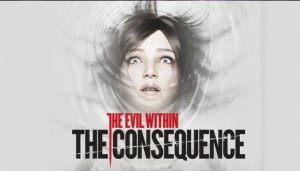 The Consequence picks up immediately where the previous DLC left off with Agent Julie Kidman facing the a choice between following her orders from Mobius or allowing Ruvik to escape into the real world through possessing Leslie Withers. Whereas the first part of the story featured Julie blindly following orders to earn her worth this part displays her resilience to do what is right not what she has been told. While navigating the treacherous environments of STEM Julie must face her past, as well as her partners’, in order to find Leslie before Ruvik does.

Since Julie’s appearances became more frequent in the second half of The Evil Within this DLC ties in more seamlessly with the main game. While playing you can occasionally hear Sebastian and Joseph speaking to one another, or even see them in the distance. Being faced with different environments and directives this helps the player align themselves more accurately in the main storyline. In fact some of the actions Julie perform, such as pressing a button to call the dumbwaiter, assist her partners in the main game. These moments are intensely satisfying to experience, because you almost feel as though you are helping a past version of yourself playing the main game.

Similar to both The Evil Within and The Assignment audiotapes and documents providing additional background information can be found scattered throughout the environments. Though not necessary to enjoy the game, the DLC documents provide greater insight into events and characters from the main game. Also, in case you forgot some important information from The Assignment the found documents can be imported and accessed while playing The Consequence.

Despite having a main focus on stealth elements, The Consequence can be considered fairly combat-heavy in comparison to The Assignment. There are multiple situations where you are required to use guns, including two boss battles. The DLC also provides an amusing transition from stealth to guns, with Julie more or less saying, “I’m sick of this shit,” and picking up a sawed-off shotgun.

One new gameplay mechanic is brought into this DLC where the player uses torches to burn paintings bearing Ruvik’s consciousness. These paintings seek to control Leslie and it is up to Julie to burn them before the evil influence takes hold. This part was my least favorite in the DLC because it just seemed so cheesy. Though the importance of fire is emphasized through The Evil Within this integration seemed a bit forced. It does not blend well with the other sections because there is nothing to be afraid of. Why would I feel intimidated by a picture of Ruvik glaring at me when I kicked his butt up and down the hospital halls in the main game? Though there are basic enemies to avoid the abundance of vents and axes makes dealing with them quite simple. To be honest the section seems more like a chore than anything else.

If a video game reuses environments or graphical elements it generally comes off as lazy. Maybe they did not have the time to finish up, or maybe they lacked the funds to put into programming an entirely new section. Yet the thought that always crosses my mind is that of some worker that did not want to stay at the office late one Friday night. Instead of hunkering down to make new content they simply shrugged and threw together some elements from an old desktop folder before grabbing their coat and heading off to Happy Hour.

When this DLC began to rely heavily on environments from the original game I sighed heavily, thinking new content was slipping through my fingers. But it was not. Despite using familiar environments the perspective is switched and makes them seem brand new. It works flawlessly in showing Julie’s approach to the shared environment of Krimson City, and how she was able to avoid obstacles faced by Joseph and Sebastian. The addition of exploration on the city’s rooftops provides some amazing views, and emphasizes the expansive area within the STEM system.

The Consequence is the perfect continuation to The Assignment, and also provides a decent amount of closure to The Evil Within. Though not everything is answered it gives you just enough to tie up some loose ends, but leaves a bit of room to keep you guessing. To be perfectly honest I found the story presented in The Assignment and The Consequence to be far more engaging than the main game. However, without the main game there would not have been the sense of satisfaction when long-pondered questions were answered. Ultimately they walk hand in hand, and I believe everyone who played the main game needs to play the DLC. Because of the story shared between The Assignment and The Consequence I am eagerly awaiting an announcement for an Evil Within 2.

It makes me wonder whether the game should have been formatted like the original Resident Evil with two parallel storylines as the main game. Had it been like that critics may have been kinder to The Evil Within, looking past the flaws to see the intense, horror-driven story at the core. Were the developers to make a second game all they would have to do is find the balance between the previous games and its DLC. If they can achieve that Bethesda may find themselves at the helm of a truly formidable horror franchise.