Growing up as a kid in the 80s had its perks, one of those being the weird and awesome assortment of animated series to hit our televisions. Sure, there were no Internet-connected devices or gaming consoles to keep us entertained. We had to make our own fun. But for a few hours every week, these awesome 80s cartoons kept us glued to the couch.

Thanks to Netflix, you can introduce the next generation to these cartoon gems, or even just revisit your inner child (go on, we won’t judge). Grab a bowl of Cap N’ Crunch, pull up a seat and and take a trip down memory lane with these classic television cartoon series.

He-Man and the Masters of the Universe 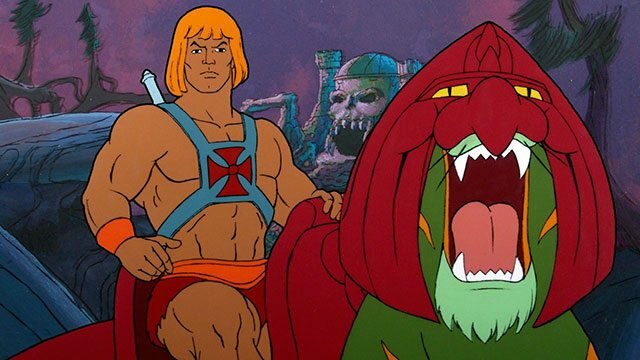 The classic 80s animated series, He-Man and the Masters of the Universe, originally aired for two seasons (1983 – 1985). The cartoon follows the adventures of He-Man (aka Prince Adam), who wields his Sword of Power as he fights to defend Eternia and Castle Grayskull from the evil villain, Skeletor.

Related: A Female Skeletor Cosplay That Will Master Your Universe

He-Man built a strong cult following and spawned Mattel’s uber successful line of toys and action figures. Even though reboot attempts have never quite lived up to the original, the series continues to spawn He-Man inspired cosplays and love from fans around the world.

Watch He-Man and the Masters of the Universe on Netflix

If you like He-Man, then you’re probably also a fan of his sister, She-Ra. She-Ra (aka Princess Adora) is He-Man’s long lost twin sister and a badass warrior in her own right. She wields her own intimidating sword, the Sword of Protection, which she uses to defend those in need against the forces of evil.

Related: Gorgeous She-Ra Cosplay is Truly a Princess of Power

Jem and the Holograms

The 80s were an era of emerging technology, pop music style, and questionable fashion choices. The animated series Jem and the Holograms brings together all of these elements, with an added crime-fighting twist.

Jem follows music mogul Jerrica Benton, her alter-ego (does it seem like everyone has an alter-ego in the 80s?) Jem, lead singer of the Holograms.

Jerrica becomes Jem with the help of a holographic computer, known as Synergy, which was built by Jerrica’s father to be “the ultimate audio-visual entertainment synthesizer” and is entrusted to her protection after his death. Much intrigue ensues, in between gigs and supporting a group of twelve foster kids known as The Starlight Girls.

Watch Jem and the Holograms on Netflix

There were 72 episodes of the original Voltron series, Voltron: Defender of the Universe, which was based on the Japanese anime, Beast King GoLion. The animated series features a team of astronauts who pilot a giant Super Robot, Voltron.

The creators handpicked their 12 favorite episodes for this special Netflix collection. While not an exhaustive catalog, Voltron 84 offers a great sampling of the best episodes.

The live-action comedy Ghostbusters films were huge hits in the 1980’s. This 1984 spinoff animated series continues the adventures of the Ghostbusters, secretary Janine, accountant Louis, and mascot Slimer, as they pursue and catch mischievous spirits around New York City.

Watch The Real Ghostbusters on Netflix

Danger Mouse is a British cartoon series that enjoyed a popular run into the early 90’s. It follows superspy rodent Danger Mouse and his bumbling wingman, Penfold, as they jet around the world having adventures and foiling evil plots.