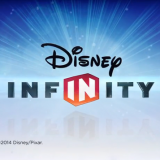 Disney Infinity has come back and this time, it has brought a few new friends from the Marvel universe for the ride. In the set, you get a few of the Avengers for the ride in the initial packing. Unlike the previous Disney Infinity, we were left with three separate playsets at purchase. The game sets off in a warehouse, then goes to the city in a frozen wasteland, assuming New York. Loki has sent his frostbitten minions to take over the city and it’s time to take them down one shield at a time, one less radio tower or holding off signal a little longer. Disney Infinity has it’s pros and cons but for the most part, Disney Infinity 2.0 is just as entertaining as the previous. There have been new ideas brought into the game, others fixed and some omitted due to the complaints or want for change.

Opening the box, you get three characters in the set; Iron Man, Thor and Black Widow. In the Avengers playset, the gamer is taken to New York which is bogged down with a lot of ice as Loki and his minions take over the city. It is up to the Avengers to bring the city back to normal and bring the Asgaardian down after taking much of the cities function. In the Guardians of the Galaxy playset, the user in the exact same city, at least it’s what it feels like and the city just isn’t iced over. Groot, Drax, Peter Quill and the rest of the Guardians, again, save the city from a massive attack. The Spider-Man version of this, I was unable to play but would imagine there is a central theme – saving the city from Venom in a large city, more than likely New York.

The story takes about five to six hours to complete and just the Avengers set itself has about seven characters you can change intermittently.

There are several aspects of gameplay that keep bringing me back and there are others that I wished we brought back to life. Just the stories for Guardians of the Galaxy and The Avengers sets take anywhere between five to seven hours depending on how the player attacks the story. The worlds are lackluster and coming off of its predecessor, we had hoped for vibrant and very different worlds. We had a college campus for Monsters, a distraught city for Incredibles and a town and the ocean to conquer for Pirates of the Caribbean. For Disney Infinity 2.0, it feels as if Avalanche took two cities, iced one over and branded them different worlds. The game also feels much more disengaging compared to Disney Infinity 1.0. We don’t hear much from the characters, attacking characters walking by with a toilet paper gun and even a goo blaster. With that element taken out of the game, the story becomes more straight forward.

With the first game, the starter pack brought Sully, Mr. Incredible and Jack. Each one had their own game which brought extended hours. With Disney Infinity Marvel Edition, you get a handful of characters, a couple of them are crossovers such as Nick Fury and the gameplay is shorter. I do like though that if you die, you can swap an appropriate member into the game and finish where you started unless you feel like going back to the last checkpoint and retrying everything. As the characters rummage through the city to take down the villains, knocking people over and using their flying motorbike, accomplish missions, sparks pile up and players can use a new talent tree. This feature is fun since it allows a little personal customization into the game allowing gamers to pick and chose how they want to form their characters. Many of these talents are speed, healing, special attacks and so forth. My favorite characters thus far to level have been Captain America, Iron Man and the Hulk, each one with a power move that is amazing. Questing the story line in 1.0 was doing a mission, turning it in, going to another mission and then completing it. The basic idea is that it became a monotonous and sort of grueling process just for a little fun. But there was also the main story which game six to eight hours of fun plus side missions. With Disney Infinity 2.0, there isn’t much else to do other than the missions presented which have a array of variety but no where near as fun and spontaneous of its predecessor. The good thing though it the screen enables the window to finish the mission and then you can just go on to the next.

In the cities, as we take back over what is rightfully ours, the little toy canisters that are sprawled out over the city no longer contain the prizes that are usable in the toy box and it kind of lacks meaning any more. The green ones are now health, purple I believe is speed, the blue are sparks that are usable in the toy store. Also for pick up throughout the cities are coins. In the Avengers set, there are the Rocket Raccoon coins and then another blue coin. I am unsure of what they are used for, but there is some sort of purpose. The same goes for the randomly placed orange, blue, green blocks. Personally, I miss climbing buildings and grabbing the green containers that were out of reach or driving in Cars, taking a jump just to get a red container. I thought that was half the fun.

With the limited sets with story lines, there will be an abundance of characters that will begin to release in November and into next year with characters such as Princess Jasmine and Aladdin, Stitch and Tinkerbell, Donald Duck and others. These characters will only have toy box modes.

Speaking of Toy Box, there have been several features that are great since there are several pre made options for those wanting an easy start, making the monotonous craft of establishing a base non-existant. The only thing really that is in need of attention is the paint for the backgrounds, the city people and construction of the buildings. Still it allows a personal touch, but fun for anyone who wants to make something. In case anyone is wondering, previous characters can also be put onto the base and everything you earned in the initial game is ported over for use in the toy box.

You can still race with Buzz Lightyear and pair the matchup against Hawkeye of all characters. The toy box mode is made for friends to come together and create something, even games and play for hours on end. The toy box is the star of the show which is quite sad to say.

I played the game on the PlayStation 4 and loved how vibrant the colors were, the graphics were also a lot better than the previous version as well. Granted the first one, I played on the 360, there is a dramatic change. The characters still look cartoonistic which is the point but look fun. Cracking ice, taking the shields down or busting something open looks good and it’s fun to see the new animations or power moves for the characters.

When it comes to the different playsets, I would love to see two completely different games. I felt like Avalanche got a little bored and frosted Avengers over.

The cut scenes looked awesome as well since most of the Guardians or the Avengers were in the scene making it more of a group effort versus single player.

The music doesn’t really change but it gets you in the heat of the moment depending on the mission at hand. Iron Man has the hardcore electric guitar feel and when you hover over the city, it gets even more intense. The sounds tone down allowing a character or mission holder to speak and the music takes back over. This is a plus but the chatter isn’t loud and it takes a higher volume on the TV to make it audible. Aside, the music can get really tense and motivating for those missions where you are trying to take down Loki and then there are the more whimsical moments strutting through the city. Guardians of the Galaxy does the same thing and brings the same needed elements to the game. 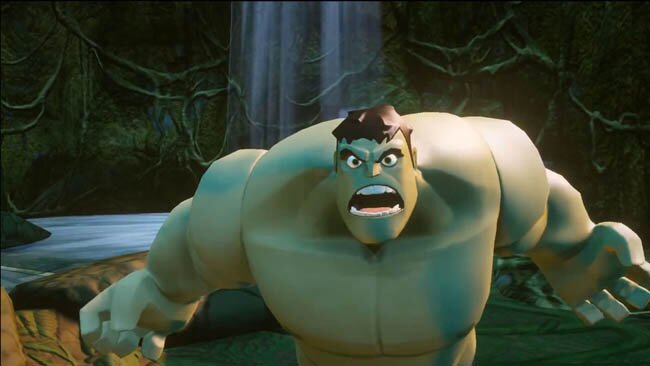 There were changes in the game that I enjoyed; the Marvel theme and I am a huge Iron Man fan myself so I was automatically drawn to playing him first. He was fun and when I played a few of the others and got a feel for them, I was pulled in more by Hulk and Captain America. Throwing the shield is fun and spamming it can be entertaining when you throw it right, bringing down a few of the ice demons at once.

I like the talent tree since it allows the customization on the characters. The inner most talents are inexpensive and only cost one point and the outward ones are more expensive. Of course, you earn a lot more and can always save them and spend a few at a time.

The spark idea is neat but there is something about hunting the containers and seeing what is inside. The sparks are saved and the the shopping begins, which is cool but honestly, you can do that any day with most games. Hunting is so much more fun and allows more time for take a minor detour. Disney Infinity 2.0 became too straight forward when it came out and I think there are several things that are great but there are also several things that need to be rethought through. Perhaps if Avalanche goes forth and makes a third installment, then they can work in-between the two, picking and pulling what is good and bad.

Overall, it’s still silly fun to blast around as Iron Man or Peter Quill blasting things and running things over in a car. It’s not as much fun as the first so much of my time has been reverting back to 1.0 when it was much more enjoyable.

The Evil Within: The Consequence DLC Review
6.3

The Evil Within Review
All That's Retro