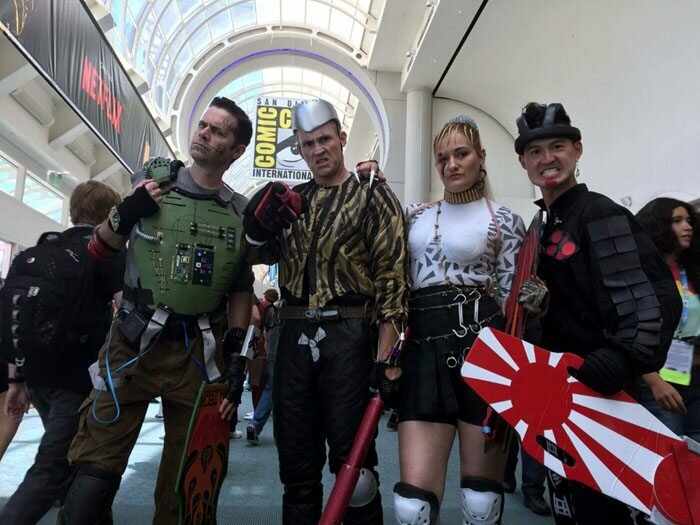 Comic-Con Staying in San Diego Through 2021

San Diego’s ultimate nerd event will be staying put for at least a few more years. After much uncertainty and bargaining, Comic-Con International and the City of San Diego have reached a deal that will keep the epic event in its home city through 2021.

The force is strong in San Diego. Proud to announce @Comic_Con commits to stay through 2021! pic.twitter.com/xpwB4FnmAE

The agreement was a result of ongoing negotiations, with many questioning whether the San Diego Convention Center is a large enough venue to accommodate the burgeoning event. Comic-Con originally started as a one-day comic-centered event in 1970, gradually growing in size from fewer than 200 to over 135,000 attendees. At one point, several other major cities had lobbied to poach Comic-Con from its San Diego home, including Los Angeles and Anaheim.

Comic-Con’s David Glanzer also weighed in on the deal: “While it did take more than a year in negotiations, we are pleased with this outcome,” Glanzer said. “We are grateful for the leadership of Mayor Faulconer and the hard work of those at the San Diego Tourism Authority who were instrumental in securing this agreement.“

San Diego Comic-Con has exploded in popularity in recent years, due in no small part to the participation of major film studios and celebrities. The five-day super event spreads into every corner of San Diego, filling restaurants, bars, and hotels and providing an enormous boost to the San Diego economy.

“San Diego has always been the proud home of Comic-Con and we are extremely pleased that we can carry on that tradition of being the destination for the world’s premier celebration of the popular arts,” Faulconer said. “San Diegans can be excited to know that Comic-Con will continue to pump millions of dollars into our economy to support local jobs, street repair and neighborhood services. It is more important than ever that we continue to push to expand the convention center so we can ensure Comic-Con and other large conventions continue to stay in San Diego for years to come.”