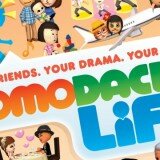 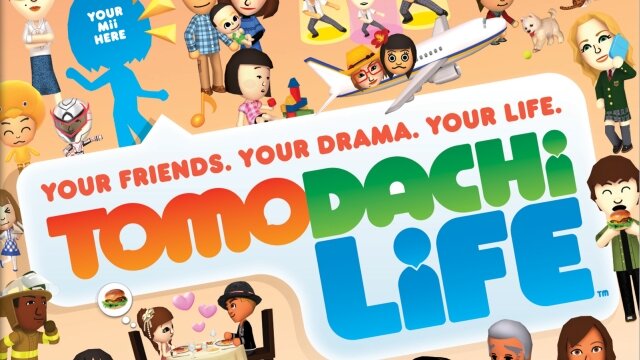 Have you ever wanted to place your friends in crazy, abnormal situations, have dinner with celebrities, and prance around your home in a bee costume? Well Tomodachi Life will grant you just that. This whacky game is a hilariously good time, and is far short of serious. Tomodachi Life is filled with relaxation and the ability to create your perfect life, or adversely, a life that is filled with chaos and love triangles.

While Nintendo have released multiple life simulator titles this past year, including Animal Crossing: New Leaf and Disney Magical World, Tomodachi Life puts a unique spin on the genre and tries to hold a bit of realism while at the same time being completely over the top– and that’s a good thing.

In Tomodachi Life, you create your own Mii (or select one that you have already created on your 3DS system), give it a personality and a robotic voice that borders the fine line of annoying and charming, and create and island in which your personal Mii will be the first resident. You will want to make sure that your first Mii is one that looks like you rather than a random character, because the other Islanders will refer to you (the real life you, that is) as that characters “look-alike”.

Tomodachi Life will have various stories based on the lives that you create for your Islanders. You will go on adventures, partake in various events, watch Islanders get their hearts broken, and much more. Needless to say, chances that you will become overly attached to your Islanders is quite high, and when one of your Islanders is sad or angry, you will try your best to make them feel better.

After you have started up your Island and created new Islanders, your virtual life in Tomodachi Life will begin. The more villagers you have, the more exciting your island will become. Each Islander is able to level up, and upon leveling up you will be able to choose from various options to give to your Islander. This could include a new apartment theme, a gift, clothing, or some pocket money. If you give them pocket money, the countdown will begin as your Islander will start saving up for “a trip to the moon”; however, this costs an insane amount of money, yet could be worth it! If you choose to give them a gift, you will be able to choose from various options, including a laptop, cell phone, book, Wii U system to keep your Islander entertained, or even a cat who appears in your apartment from time to time. 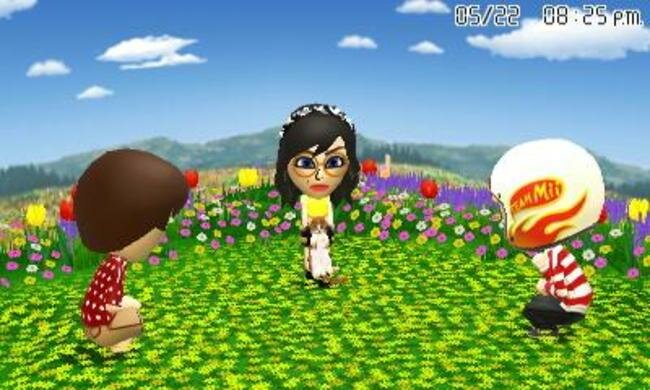 Upon completing assignments from your Islanders, they will often give you gifts as well. Some of the most useful of these gifts are frying pans and sewing machines, which allow you to create unique food and clothing items that aren’t able to be purchased at the island’s stores. After creating them, though, they will be available for purchase. Each Islander will have favorite foods and favorite clothing items, which will increase their happiness meter when they are given them. Adversely, they will become upset if they do not like the food or clothes you give them.

Some of these missions from your Islanders include mini games, which of course are quite zainy. They could include things like holding a feather up to and Islander’s nose to aid them in sneezing, peeking inside their belly and brain to see what’s in there, playing the card game of memory, or guessing what an item is based off of a pixelated photo. Although these can be fun, they can get monotonous and may even seem pointless, making them one of the downsides of Tomodachi Life.

During your time with Tomodachi Life, you will also be able to experience the strange dreams of your Islanders, including them being placed on a factory conveyer belt, where they are dipped in gooey purple liquid, along with the Islander standing a pier, where giant versions of the other Islanders began to emerge from the water. These dreams also seem pointless as you don’t get anything out of watching these– they are merely to entertain you and weird you out.

However, it can be argued that Tomodachi Life isn’t supposed to have purpose in everything it does. Rather than being packed with gameplay sequences like traditional games, it offers a relaxed style of gameplay which allows you to play as you choose. This game is filled with charm and charisma, and its lack of any intense gameplay or missions strengthens its ability to have you interact with islanders and grow attached to them. 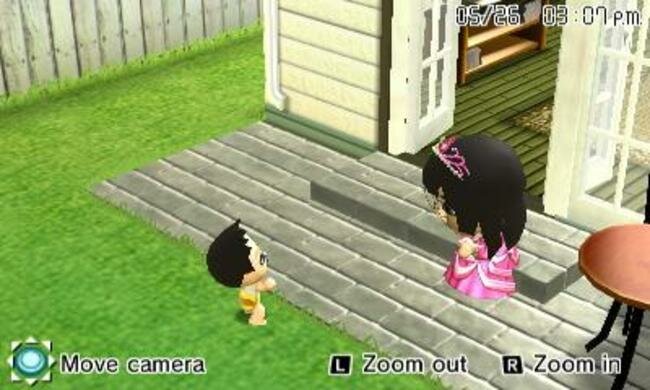 Your Miis are undoubtedly the most important aspect of Tomodachi Life. They will participate in events such as selling food at the daily market, showcase their rhyming abilities at Rap Battles, sing epic ballads with choreographed dance moves, and hang out at the amusement park. You will also witness many of your Miis fall in love, get married, and have babies, where they will then move into their own housing unit together.

Overall, the gameplay in Tomodachi Life is simple yet engaging and will fully ensnare you with its lovable charm and over the top sequences.

The graphics in Tomodachi Life are merely average and what you would expect from a 3DS game. I found myself playing entirely in the 2D mode, as I found that the 3D capability wasn’t necessary in a calming game that isn’t filled with action. While the game is far from ugly, it also isn’t the best looking game that the 3DS has to offer. However, their use of the typical Nintendo-style graphics fully adds to the whimsicality that Tomodachi Life is hoping to embody, making it fully meet our expectations, yet not going above and beyond.

The majority of the sounds that you will hear coming from Tomodachi Life are those of your Miis. Their voices are tinny and robotic-like, and are able to be customized to the desired pitch. I found myself unsure of how I felt about these voices. I found myself both agitated by the monotone quality of some of my Mii characters, while at the same time found that the voices added a quality that brought even more personality to the game. The voices of the Miis further expresses the incredibly weird quality that Tomodachi Life brings without restraint, and overall I felt that they were an enhancement to the game rather than a negative.

Other than the voices, you will hear mellow music playing in the background similar to the type of music that you hear in most all life simulator games. It is there so that it isn’t dead silent, but it is so faint and easily placed into the background of your mind that you barely realize its there, which allows you to continue on with your calming day-to-day life on your island. 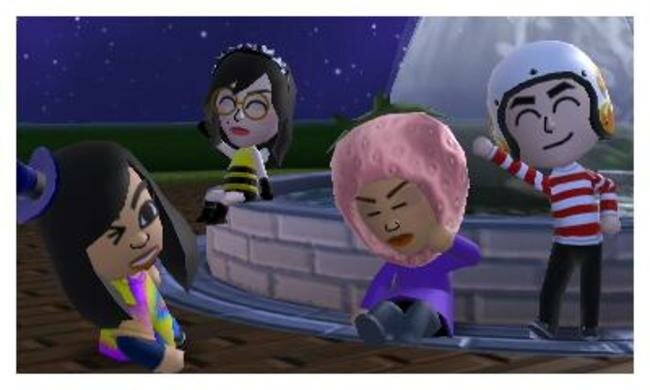 Tomodachi Life is a zainy good time. It brings a completely new and unique twist on the life simulator genre and allows you to become fully engaged in the life of your islanders. It is arguable that Tomodachi Life is one of the weirdest games Nintendo has come up with in recent years, and we love it for that.