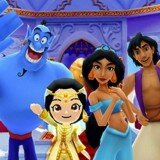 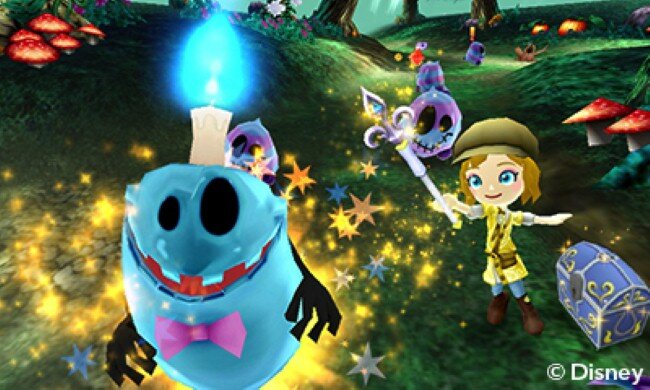 It is always a special moment when two iconic companies team up to create something that is truly remarkable. Disney teaming up with Nintendo seems like an absolutely perfect fit, as both are known for their adorable factor along with their ability to throw us into the land of nostalgia. Therefore, of course we were ecstatic upon hearing that Nintendo would be partnering up with Disney to create a game suiting the life simulator genre titled Disney Magical World.

Yet, Disney Magical World comes with ample competition, as Nintendo has been giving us similar games such as Animal Crossing and Harvest Moon for quite some time now. One might underestimate the newbie Disney Magical World, but doing so would be a grave decision, as Disney Magical World takes the life simulator genre and adds a completely unique twist, making it more than worthy of a buy for Disney and Nintendo fans.

If you have played games such as Animal Crossing, you will be familiar with the premise of Disney Magical World. At the start of the game, your character has been formally invited to the game’s primary city, Castleton, where you will be able to begin your life anew. While in Castleton, you will notice that everything is bright and cheery and the town is filled with welcoming faces. Yet, these welcoming faces are beyond unorganized and seemingly unable to do things for themselves, forcing them to come to you for guidance and assistance. There is also a formidable force that is set to cause destruction throughout the various lands of Disney Magical World: ghosts. It is up to you to defeat these ghosts, aid the town through various quests, and become a proper business mogul as you start up your own Cafe and feed the hungry townspeople. A busy life you will lead, indeed.

Embarking on a journey starring your very own, personally created Mii character, Disney Magical World offers an endless amount of customization. Disney fans will be overjoyed with the fact that the game comes with the ability to craft clothing designed in similar appearance to the costumes of well-known and loved Disney characters. Whether you have always desired to sport a Mrs. Potts from Beauty and the Beast ensemble, Peter Pan, or more classically, Minnie Mouse, there are a wide range of costumes for you to choose from. Costumes aren’t only for appearance, though. In Disney Magical World, appearance matters, and equipping an outfit set that is a perfect match will yield you with enthusiasm and recognition from the community, thus reaping you with rewards. These costumes are made by collecting various items throughout the lands of Disney Magical World, lending to the overall main element of the game: scavenging.

Not only will you need to scavenge for materials to make clothing, but your Cafe will need some love and care also. The Cafe gets unlocked for your use fairly early in the game, at which point you will be able to create various recipes using the ingredients that you have collected throughout your travels. The entry level recipes are quite easy to concoct, as you can find all of the resources directly in Castleton; however, the further you level, the more recipes become unlocked to you. Higher level recipes require ingredients that are more rare, but creating these food items as opposed to the entry level recipes cost more for your consumers, therefore bestowing you with more money in your pocket. Along with food items, you will need an ample amount of resources to craft furniture for your Cafe, along with various wallpapers and decorations to create different themes. Similarly to clothing, a perfectly-matched Cafe will yield you with extra bonuses as well. 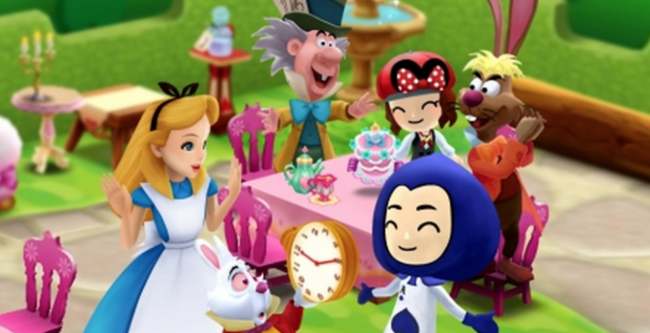 Outside of Castleton, players are able to travel to the worlds of their favorite Disney characters: from Winnie the Pooh, to Cinderella, and many, many more. This aspect is reminiscent of popular Disney and Final Fantasy collaboration game, Kingdom Hearts, in which you are able to travel to various Disney worlds. These characters will give you a plethora of quests in which you can complete, many of them featuring a bit of ghost-slaying action.

Upon playing Disney Magical World, the fact that there was even a combat system was pleasantly shocking to me, as in similar games of the genre there has rarely been such a thing. Fairly early on in the game, you are given a magical wand with the hopes that you will be able to save the various worlds from the onslaught of ghosts that have arisen. Embarking on these quests and destroying all of the ghosts will yield you with even more loot for your crafting needs.

The completion of quests in general will yield you with Happy Stickers. Collecting Happy Stickers allows for more quests to open up to you. Disney Magical World makes quest selection easy and allows you to choose which quests you would like to do first by compiling a list filled with available quests. There is no time limit on these quests, but the player will find themselves forced to do quests that may be somewhat unappealing to them in order to further level and unlock new quests. Disney Magical World also took a note from Animal Crossing in the regard that the game changes seasons based on real-world time. Not only does this graphically change Disney Magical World, but townsfolk will give you different quests based on the time of year, and similarly for the time of day. This makes Disney Magical World a dynamically changing experience year-round.

Disney Magical World holsters very little in terms of voice acting, but the few words that these characters speak sound exactly the way they should. Mickey’s voice is squeaky and high-pitched, Goofy’s is adorably peppy, and Eeyore is as depressed as always. Hearing this seldom voice work, though, made me wish that there was more of it, as it added to the overwhelmingly nostalgic feeling that Disney emits.

Adding to sound, Disney Magical World’s background music is cheerful and mellow, allowing you to have a relaxing evening of questing through the lands of your favorite Disney characters. The soundtrack is nothing to boast about, but it is what you would expect from a game of this genre. 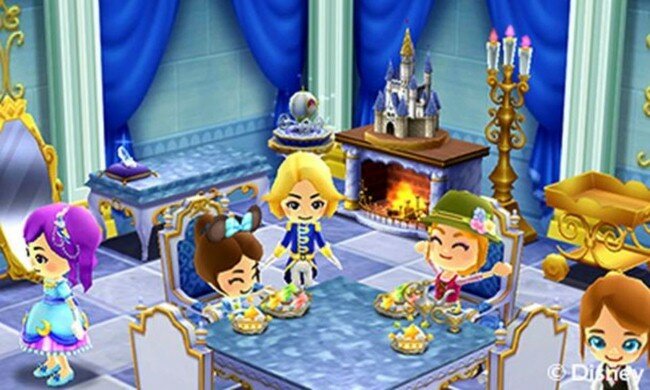 Disney Magical World combines thoroughly-addicting and beloved games such as Animal Crossing, Harvest Moon, Diner Dash, and Kingdom Hearts, and gives us something that is warm-hearted and far more than we ever imagined. This game brings so much content and harnesses a unique spin on the life simulator genre that deserves ample praise. If you are in need of a relaxing game that is filled with fun times, then Disney Magical World is for you.