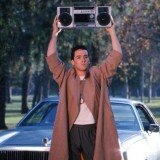 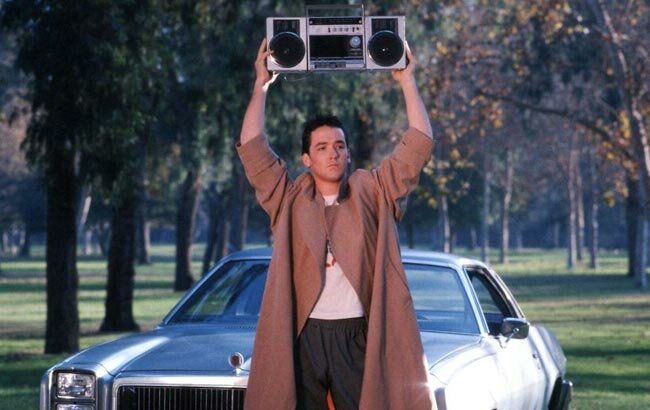 John Cusack in “Say Anything”

What is the best way to find some hidden gems on Netflix? “I’ve watched everything I’m interested in and I can’t find anything to watch.” What’s a person to do? Let’s turn the clock back a few decades and find out what you missed or maybe something you haven’t seen in years. I now present to you the 5 best retro movies currently streaming on Netflix. All of the movies listed were released in either the 1980s or 1990s and are meant to be hidden gems. There are plenty of more mainstream movies available if you search them out. Without further ado, put on your acid-washed jeans and read on.

I became aware of this film through a friend years ago and we watched it over and over until his VHS copy was worn out. I have since watched it on Netflix and it still gets a laugh out of me every time. It is based on the board game of the same name and stars Christopher Lloyd, Madeline Kahn, and Tim Curry as the butler. It seems like an ordinary dinner party, although none of the participants know why they were invited to the mansion. However, things go awry when people start dropping dead. The audience, along with the dinner guests tries to figure out who the killer is and it ends with multiple endings. Hopefully, your guess is in one of those endings so you can tell people that you knew who it was the whole time. Lots of fun in this movie and I suggest watching it with a big group of people.

At a time when teen romantic comedies were at an all-time high, here comes a movie that flips the genre on its head and adds a little criminal behavior. The popular group of girls at school known as “The Heathers” because they are all named Heather rules the school and the social class system. Winona Ryder’s character tries to fit in with them, but after witnessing her try to fit in, a new boy at school played by Christian Slater shows her how to even the score. Think of it as a more hardcore version of “Mean Girls” without the wit yet enough comedy to make it seem innocent and nice on the surface.

I wasn’t initially going to include this on the list because I thought it was too well known. However, after asking some of my friends and family the main response was that it sounded familiar but they weren’t sure if they had seen it. I asked about the scene where John Cusack’s character holds the boom box over his head and they knew the image but not the scene. So, that was enough evidence to recommend this movie, which was Cameron Crowe’s directorial debut, about a boy who falls in love with the high school bookworm. I was emotionally moved by this story multiple times during my first viewing and found myself caught up in the story so much that I sort of hated the ending. Not hating it because it was poorly executed, but more because I didn’t want to leave these character’s lives. If you have seen it, I recommend a more recent viewing so you can catch some of the great witty dialogue and funny mannerisms performed by John Cusack. Ione Skye and John Mahoney co-star.

David Mamet’s play is put into movie form and features a tremendous cast, including Al Pacino, Jack Lemmon, Alec Baldwin, and Kevin Spacey to name a few. The story is about a real estate office that is struggling and so a contest is started by Alec Baldwin’s character. First prize is a Cadillac El Dorado, second prize is a set a steak knives and third prize? Third prize is you’re fired. The employees complain that they don’t have good leads, to which they are told that the good leads are for “closers” only. An Oscar nominated performance by Pacino carries this movie as well as an iconic scene by Alec Baldwin. The tagline for this movie was “A Story for Everyone Who Works for a Living.” That is very true and is proof that a simple premise can make a great movie when it’s well written and performed.

This biopic about Howard Stern’s life and radio career is based on his book of the same name and directed by Betty Thomas. No fear if you think you must be a Stern fan to enjoy this movie because it is a legitimately well made and funny movie from start to finish. Not only do we get to see the rise, fall, and rise of “The King of All Media”, we also get to see the inner workings of radio and how disc jockeys are forced to move from city to city. I’ve seen this one multiple times and enjoy something new about it each time. A terrific performance from Paul Giamatti who plays an executive that butts heads with Stern at NBC. If you are a fan of Stern you have already seen this, if you aren’t I recommend you give this movie a shot because it’s more than what it appears to be. There is a look at some movies that can entertain you today just as much as they entertained audiences 20-30 years ago. I feel that all of these movies hold up perfectly fine and deserve a spot on your Netflix viewing short list. Feel free to let us know what I missed and what you think is a cult classic that people should see on Netflix.