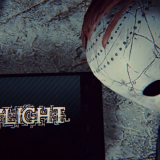 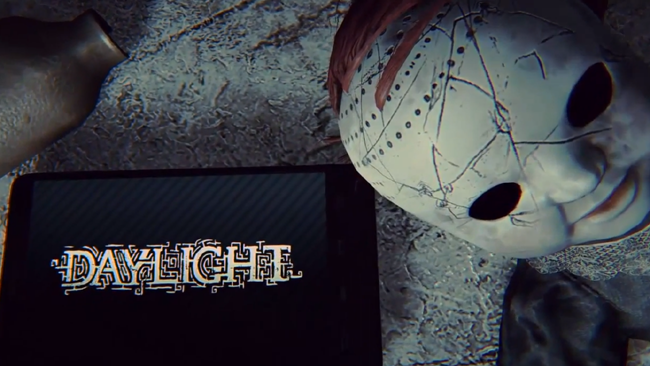 Insane Asylum – check. First person camera – check. Creepy voice on the radio – check. Jessica Chobot’s first gig professionally writing for a game – check. Zombie Studios from Blacklight Retribution fame – check. Daylight made a lot of promises in the lead up to its release, and even sceptics of Jessica Chobot couldn’t help but be curious about what her “fresh new take on the horror genre,” might be, but Daylight feels like a B-movie stripped of all of its fun. The story is clichéd and nonsensical, the gameplay is boring and frustrating after the first half hour, the voice-actors do the best that they can with the terrible dialogue to no avail, and the presentation is downright unforgivable, wasting the potential of Unreal’s brand new 4th engine.

Sarah Gwynn is Daylight’s protagonist, but in the two hours it’ll take for you to tear through your first playthrough with her, very little will be revealed in an attempt to keep a sense of mystery around the whole experience. However the pay-off isn’t worth the frustration. The setting – a clichéd insane asylum with very little character to set it apart from its counterparts – does feel claustrophobic and confusing to explore, however this is to the game’s detriment, as the consistent back-tracking brings to light how rough around the edges its design is.

And there are a lot of rough edges.

There is just one enemy type in the form of a screaming ‘shadow,’ whose origin isn’t necessarily interesting as much as it’s unexpected. A sinister voice guides Sarah through the asylum, mouthing off nonsense about butterfly’s dreams and his ever-watching eye to try and keep a sense of mystery and depth about this bland, concrete maze during the slow parts – and it’s the slowness which leads boredom, silence and oh-look-that-drawer-moved-again-for-the-fifth-time-in-the-past-ten-minutes blandness.

Daylight’s gameplay is a sloppy mish-mash between Slender: The Arrival and Outlast, stealing plenty from both games but not wasting any time with original ideas, polish or atmosphere. Sarah uses the light on her phone to map her way through three different levels; the hospital, the prison and the surrounding forest of the asylum. Despite claims of procedural generation and all of the promise surrounding Daylight’s ideas, my second playthrough was only different from my first as far as the locations of notes and furniture moving were concerned. Daylight simply isn’t worth playing more than once.

Sarah has an unlimited sprint, an oversight which allows her to run around the maze grabbing the glowing notes necessary for her progression like the Flash on a fetch quest. Stripped back, the game is just five big fetch quests linked together with little context to connect them other than “go here, Sarah, the sigil has appeared – oooooh!”

The enemies never pose a true threat, and will scare once or twice at the absolute most. The inclusion of flares to scare them away was also a poor inclusion. Sarah feels overpowered with swift one-hit-kills against the ghost/shadow/witch things (the story can’t decide what they are) when the most they can do is stand staring for a draining thirty seconds. Even if you run out of flares – which is unlikely as there are plenty – you can always run through them, taking a lot of damage (but never enough to kill you, no matter how close to death you may already be) which will quickly regenerate anyway. If you don’t fancy running, don’t worry, you can always just turn on your heel and calmly walk the other way – I-ain’t-afraid-of-no-ghost style – it’ll make no difference. 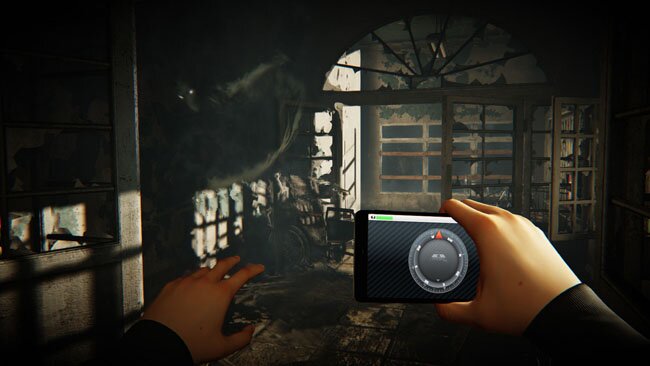 Even with the lights off and the sound ramped straight up, I found myself screaming with boredom and frustration more than fear. The supposedly ‘big scare,’ moments in my first playthrough included knocking a lamp over by accident, a ghost kindly lifting a chair up for me to get past, and my first time running out of flares when a ghost appeared in front of me. This was before I realised I could just run through it.

There’s more fun to be had on Twitch, where the community can type cues for scary events – SCREAM causes a ghoulish howl and so on – but in a similar vein to Twitch Plays Pokemon, there’s no cohesive communication, so often the triggers are spammed, causing the same scream soundclip to play over and over again, and like much of the gameplay, even this loses its fun after the first fifteen minutes. There just isn’t enough here to keep horror fanatics or first-time gamers invested.

Graphics are where the sloppiness just gets disappointing. Frame-rate issues should not be an issue on the Playstation 4, but they were – often – and it’s clearly not because the game was too powerful. My first twenty seconds were spent glitching through the floorboards and floating in limbo before the game bounced me back at the start.

Shadows looked like they had been designed as separate objects hovering above boxes and desks, and would often pop in and out of the game as they saw fit, the character models of the ghosts looked like they had been extracted from a Playstation 2 model of the game, and the fire animations looked rough. The entire aesthetic of the game is ugly, bland and grey, and there are missed lighting/dualshock lightbar opportunities here for when the flares and glowsticks are used. The loading times are grim as well. After dying on the final forest level due to an irritatingly daft platform section, the game took a full four and a half minutes to trickle the percentage up from a pre-set 16%, one bit at a time.

The effects – especially during the box-moving sections – sound like they’ve been recorded on somebody’s phone and uploaded unedited into the game. Whilst one moment in the sewer section featuring splashing footsteps from behind did give slight chills the first time, it lost its effect on the ninth. The voice actors do the best with what they’ve been given, but Sarah has a total of five pieces of in-game dialogue, ranging from a timid “hello?” to a coy “is someone… there?” Compared to Outlast’s shaky breathing, grunts and screams, playing as Sarah sounds more like playing a game of hide & seek rather than evading ghosts.

As far as music is concerned, it might as well have not been composed. There’s a clear attempt here to create a subtle, spooky soundtrack, but there’s nothing here as iconic as the classic Resident Evil soundtrack or as tense as Slender: The Arrival.

Daylight promises so much but delivers on absolutely nothing. It could be argued there’s a B-movie aesthetic here with how much it rips off from better games much more worthy of your time, but B-movies are fun – this simply isn’t. It’s boring, frustrating, and after the first hour you’ll just wish it was all over already so you could feel like you got your money’s worth. For the cost it asks for, the game at least appears to know what it is, but it’s not even worth the 9.99 the Playstation Plus store is asking for it. Grab it in a Steam sale if you’re really that intrigued, but it’s probably best to do its creators a favour and try to forget it ever happened.