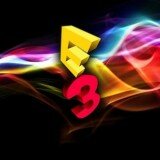 The Best Moments in E3 History

The Electronic Entertainment Expo, also known as E3, is finally here. It’s the time of the year where the video game universe gets butterflies in their collective stomachs. Over 45 thousand people attend E3 last year, with hopes of seeing the next big thing from Sony, Nintendo, and Microsoft. Because it’s one of the largest conventions in the world, almost all the major players (sometimes) bring their best.

Each year brings some earth-shattering news, whether it be an announcement of a new game in a dormant franchise, a reveal of a new console, or a company completely embarrassing themselves on stage. Here are the top 10 E3 moments of all-time!

This one right here is the granddaddy of E3 moments. Going into the very first E3 in may of 1995, Sega of America CEO Tom Kalinske stated that the Saturn would be released on September 2, 1995, a full week ahead of Sony’s launch of the PlayStation. Sega did the usual E3 song and dance of demonstrating features of the console, and announced the price of the Saturn at $399. They then shocked everyone by announcing that the Saturn was ready for a immediate launch – a full four months ahead of it’s competition.

Sony’s response? Simply stating that the PlayStation would be priced at $299 while generating a round of applause. Sony took the summer months to build up the PS1 with a great marketing campaign, and had games back it up. The Saturn had a weak launch lineup, and many third-party games were going to launch around the time of the console’s original launch date. By 1997, Sony and Nintendo dominated the video game world, while Sega had a meager 12% share of it. A year later the Saturn was discontinued in America.

Gabe Newell, Valve’s head honcho tore Sony a new one back in 2007. ”The PS3 is a total disaster on so many levels, I think it’s really clear that Sony lost track of what customers and what developers wanted,” said Newell. He wasn’t wrong, Sony did have a real rough start with the PS3. So it was surprising that he showed up Sony’s 2010 E3 presser to announce that he’s bringing Portal 2 to the console, along with Steam support.

He noted that the PS3 version of Portal 2 would be the best on any console. Newell ate crow, and admitted that Sony had turned things around. He wanted to thank them for not wanting to punch him in the face.

Sony stumbled out of the gate and didn’t catch up until 2010. The original PS3 looked like a George Forman grill, used the front from the Spider-Man movies, and didn’t have rumble in the controller. On top that, the games they demonstrated didn’t look too appealing. Warhawk looked super clunky. Sony even said that one should take up a second job if they couldn’t afford a PS3. Not all was lost though. They did show off a fanatic trailer for Metal Gear Solid 4 and introduced the world to Blu-Ray media.

The Legend of Zelda: Wind Waker may have gotten favorable reviews from critics, but fans were divided due to the game’s graphical style. Back in 2000, Nintendo showed off a tech demo of what many assumed what the next Legend of Zelda game would look like. Instead, Wind Waker featured cel-shaded graphics, causing many to be upset.

Cut to 2004. Nintendo closes out their presser with footage for the next iteration in the Zelda franchise, Twilight Princess. Fans in the crowd went wild. They acted like their home team won the World Series with a walk-off home run in the bottom of the 9th. The fans finally got the realistic graphics they wanted for years, but that’s not the best part. Shigeru Miyamoto comes out on stage with his very own sword and shield and steals the hearts of everyone around the world.

E3 that year was all about the next-gen consoles. Every console needs that one system seller to prove why everyone needed to fork over a couple hundred of dollars. Sony wowed everyone with gameplay footage of Killzone 2, which was to be released on the PS3. It looked leaps and bounds over anything that what shown that year. That’s because it was. Sony and EA both claimed that the footage they showed off was all gameplay footage running on the next-gen consoles.

It was all just a fancy CGI trailer to get people hyped thinking it was the actual thing. That was more of a common practice back then, not so much anymore. Killzone 2 reappeared at E3 2007 with actual gameplay footage, but it wasn’t as jaw-dropping as it was. And Madden 06? It looked NOTHING like that trailer. In fact, Madden 06 launched as the severely under-featured brother compared to the games on the Xbox and PS2.

Sony came out swinging last year at E3. After Microsoft introduced the One back in May of 2013, everyone hoped Microsoft would give us a reason to believe in the One. It was the total opposite. They introduced a slew of unpopular features that all gave us a reason to shake our heads and just wonder where Microsoft went wrong. Then E3 happened and the company didn’t change their ways, and they announced that the console would cost $499.

Sony went on stage later on in the day to show off what the PS4 can do, and they were the total opposite. They embraced used games, the console was cheaper, the online policies weren’t strict, and they force their PS4 camera on everyone. The crowd starts chanting Sony’s name with a loud round of applause. The best part? Sony showed some gusto by taking a jab at Microsoft’s current woes with a how-to video on share your games with a friend. Shots fired.

Up until this point, both the PS3 and Xbox 360 had their fair share of consoles exclusives, but that was starting to dwindle. Games like Devil May Cry and Grant Theft Auto once had homes on the PlayStation, but they ended up on the Xbox. Everything changed with the Final Fantasy series made it’s way to the Xbox.

Suddenly, the lines were blurred. Fanboys had no real reason to argue with system had the better games because almost everything was shared between the Xbox 360 and PS3. No one had a real reason to believe that Final Fantasy would ever come to the Xbox. Since then, no console (except for the Wii/Wii u) had anything really major to brag about.

Ah yes, one of the most infamous E3 moments of all-time. Celebrities hosting video game related events never particularly turn out well. Jamie Kennedy was asked to host Activision’s E3 press event that year, and oh boy it was bad.

No words can truly explain what went down, so I’ll just leave you with a video:

“My name is Reggie. I’m about kickin’ ass, I’m about takin’ names, and we’re about makin’ games.” And that ladies and gentlemen, is how the world was introduced to Reggie Fils-Aime, Nintendo’s new Executive Vice President of Sales and Marketing.

Nintendo always had a reputation of making kiddy games, so they was a huge shot in the arm for them. Reggie ushered in a new era for Nintendo, and that was proved at E3.

In 2006, E3 became this big, bloated monster that had over 70 thousand attendees that year. The show was intended to host industry professionals but then evolved into turned booth babes, loud noises, and a sea of people who weren’t part of the industry.

What was once the Electronic Entertainment Expo became the E3 Media and Business Summit. The show became invite only and had the attendance greatly reduced to only 10 thousand people. The new, scaled back nature of the show was widely panned and criticized by those within the gaming industry. By 2009 E3 came back with a vengeance and hasn’t looked back.