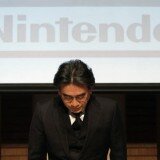 A Tribute To Nintendo President and CEO Satoru Iwata 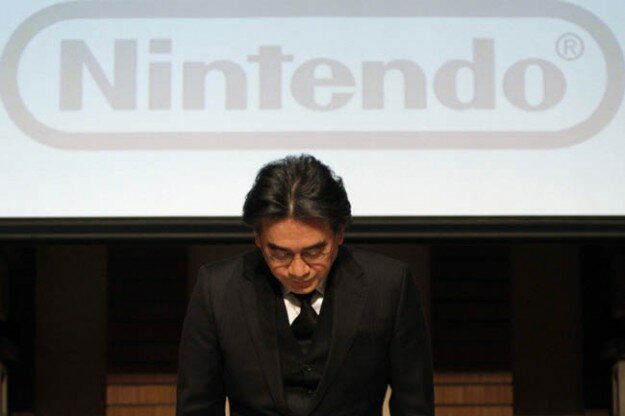 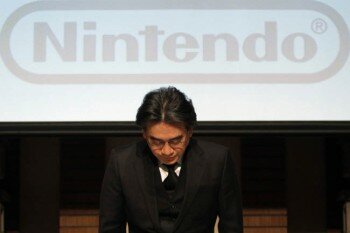 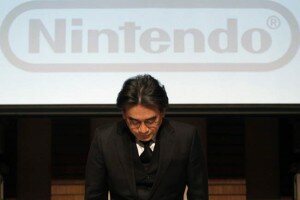 On Saturday July 11th, 2015, Nintendo President and CEO Satoru Iwata passed away due to complications with a bile duct tumor that he was diagnosed and treated for in 2014. While this is but a sobering reminder that no one can escape the specter of death, the loss of Iwata hits close to home for many people, myself included. When I was five, my late aunt and her husband got me and my sister our first home console despite my parents objecting to it: the Super Nintendo. From that point on, I would be a Nintendo fan for life, asking specifically for Nintendo games and systems every Christmas and birthday, playing them and having a blast with them from Super Mario Bros. to The Legend of Zelda, and from beginning to end, I would have a huge grin on my face.

While most kids my age looked up to sports stars like Michael Jordan, my heroes were the brilliant individuals who made some of my favorite video games, even though I was too young at the time to pronounce the names Shigeru Miyamoto, Eiji Anouma, and Satoru Iwata to name a few. When I did get older, besides being able to finally spell and read their names, I began learning more about these figures who made my favorite games as a kid; their likes, their dislikes, etc. But of all of them, it was Satoru Iwata who would leave the biggest impact on me, especially when I started college. Starting from humble beginnings, Iwata worked his way from the bottom up, starting as a lowly programmer at HAL Laboratory (now a subsidiary of Nintnedo) before becoming the President of the studio itself, then being sent over to Nintendo proper to consult on the Nintendo Gamecube (their new console at the time), before being handpicked by his predecessor Hiroshi Yamauchi to run Nintendo as CEO and President, a position which he held until his passing.

While we can debate for days on whether or not he was a good CEO, there’s no denying the impact he had, not just on Nintendo, but the entire industry. And so, while we may mourn the loss of Satoru Iwata, let us not forget some of his many accomplishments and successes of his long and illustrious career. Here are just a few of his biggest achievements.

A Different Kind of CEO

One usually doesn’t describe the CEO of major company as “bright” or “welcoming”, but that’s the kind of impact Satoru Iwata had as CEO and President of Nintendo. While most CEOs came off as stuffy or just a body in a suit, Iwata had an aura of playfulness and joy to everything he did, a complete contrast to his predecessor. He would often wave and smile to people who recognized him. In Nintendo Directs and live presentations, he was willing to have a little fun, often adding a bit of humor and levity to the proceedings (I’ll get to that in a bit). And when it came to choosing between making what he considered video games and making Nintendo money, Iwata always picked the former, at one point famously answering an investor asking why he didn’t lay off employees to help with overall financial performance by saying “if we reduce the number of employees for better short term financial results, employee morale will decrease. I sincerely doubt employees who fear that they may be laid off will be able to develop software titles that could impress people around the world.”

While many people disagreed with this notion, it just shows the kind of person Iwata was: a man who cared deeply about his employees, providing them with a work environment that allowed them to make the best games that they possible could make. But what really set Iwata apart from other CEOs is that when things got rough, he wasn’t afraid to get his hands dirty. Speaking of which…..

Iwata: The Savior of Many Games

The number of games that Satoru Iwata worked on over the years is vast. One of his first games was Balloon Fight for arcades in 1984 (later coming to the Famicom a year later and releasing internationally in 1986), and from then went on to work on many games including the Kirby series, NES Open Tournament Golf, Earthbound, the original Super Smash Bros. (where he programmed the prototype), and even Animal Crossing, as well as an assortment of Mario and Zelda games. But one thing that many people didn’t know about Iwata’s programming career until recently was that on various occasions, it was Iwata swooping in to save a project from disaster or delay, surprising many of his peers. For example, Earthbound, the cult classic Super Nintendo RPG, almost didn’t happen on account of the code being a mess. The story goes that Iwata (who at the time was the President of HAL Laboratory) looked at the code and told the team, “I don’t think you’ll be able to finish if you go on like this.” Iwata then took what the team had, reworked it, and a month later had new, working code that would be used to complete the game.

But that’s not all. Back when Pokémon Stadium was being worked on, Iwata was able to take the complex source code of the Game Boy original games, and was able to replicate it in a week, without any kind of documentation from developer Game Freak, with the President of Game Freak even proclaiming “what kind of President is this”. As a programmer myself, let me tell you that that is no small feat to pull off. His final act of programming wizardy was fixing the various bugs and glitches in Super Smash Bros. Melee to get the game out in time for its launch. These are just a handful of examples (that we know of, by the way) of the brilliance that Iwata had when it came to coding. While it’s often hyperbolic to say that “this wouldn’t have existed without so and so”, in the case of Satoru Iwata, many of our most beloved games wouldn’t have existed or would be drastically different if it wasn’t for him.

This is where I imagine most people first heard about Satoru Iwata. Back in 2006, when the Nintendo Wii was just starting to launch, Iwata, who at this point had been the President and CEO of Nintendo for four years, started a new series of articles called “Iwata Asks”, in which he would sit down with the developers of various Nintendo games and talk about their latest game or console they were working on at the moment. I imagine the most cynical among us is thinking that this sounds like nothing more than a PR stunt to promote Nintendo’s newest games and consoles. And in less capable hands, it probably would have. But with Satoru Iwata, it didn’t come off as such; rather, Iwata Asks was less “a big CEO talks to his employees about his company’s new projects” and more “a bunch of buddies getting together to talk about work.” They would tell stories about the development, reminisce about games past, tell jokes, and even laugh. There was a lot laughing.

By one thing that wasn’t a laughing matter was the wealth of information that was gleamed in these interviews. It was because of Iwata Asks that we learned that Fire Emblem: Awakening was going to be the last game in the long running role-playing series if it didn’t do well, or that the Double Cherry power-up in Super Mario 3D World was created when someone on the team accidentally added another playable Mario with a placement tool. If you’re someone who wants to get into game development or just curious to know how games are made, I recommend you check out the Iwata Asks pieces, even if you have no plans to work at Nintendo, as they’re smart, funny, and reveal a lot of what goes into making a game.

And this is what the Internet will most likely remember about Satoru Iwata. Started in 2012, Nintendo Directs are mini press conferences where Satoru Iwata would announce and show off the newest games and consoles that Nintendo was working on, showing off games in action and even giving us release dates for games based on the region the Direct was being aired. Now much like Iwata Asks, Nintendo Directs sound like PR stunt, and at the end of the day, yeah they are. But it was because of Satoru Iwata’s presence that made these events much more memorable then they already were. Here is the head of a huge corporation, in a recording no less, telling us about what goodies his company had in store for us. Nothing Iwata did during these Directs felt forced; everything from him staring at some bananas, to his uttering of the phrase “Please Understand” was turned into a meme or a funny gif by the time the presentation was over.

Now in terms of the amount of games or new content revealed, Nintendo Directs didn’t always deliver. But it didn’t really matter, because many of us didn’t watch the Directs just for the new game announcements. We watched them to see Satoru Iwata would do next. That was the kind of charm Iwata had: whenever he started the Nintendo Direct by saying “sending out new info, directly to you” with his hands up pointing to the screen, as far as we were concerned, this Nintendo Direct was for us and only us. We focused solely on Iwata, and that’s not a skill many people have.

When I was growing up, while the name of Satoru Iwata wasn’t a household name, I dreamed of meeting him and others like him in person one day. It didn’t matter if I was interviewing him or working alongside him, I dreamed of one day meeting him in person, pick his brain a bit, find out what made him tick. With his recent passing, I can no longer do that. And yet, despite never meeting him before in my life, he was as much a part of my life as anyone else. He helped make a ton of games that shaped my childhood, and lead the company I loved in the best of times and the worst of times. He wasn’t a braggart who went out of his way to talk about how awesome he was, even though he had every right to when Nintendo was doing good with the Nintendo Wii and DS. He wasn’t a nameless suit; he was charming, down to earth kind of man.
So to Satoru Iwata, wherever you are, know this: though we never met in person, you were one of the biggest influences in my life. The games you worked on in your younger days brought me great joy, and your rise to become the 4th President at Nintendo inspired me to be a better person. Though you’re no longer among the living, the spirit, the joy and happiness that you brought to many people will never be forgotten. Nintendo and the video game industry will never be the same without you. I guess what I’m trying to say is simply this:

Arigatou gozaimasu, Iwata-san.
Did you enjoy this article? We’d love to hear your thoughts in the comments below. For the latest on all that’s epic in gaming, movies, television and cosplay, follow us on Twitter or like us on Facebook!