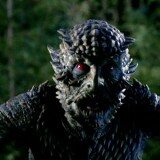 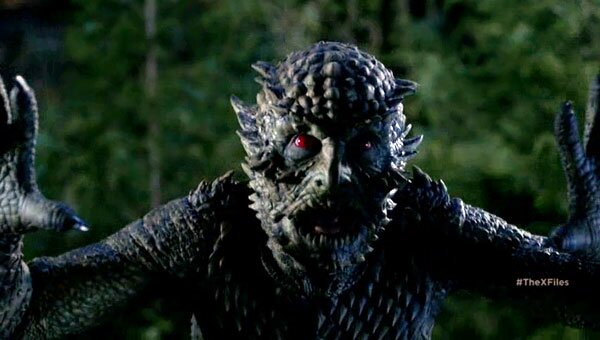 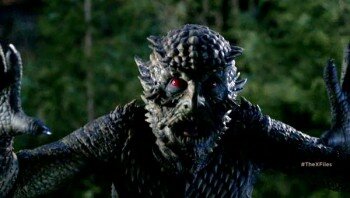 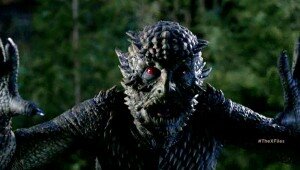 Tonight’s episode of The X-Files was a bit strange, to say the least. While Mulder and Scully are no strangers to strangeness, this episode, called “Mulder and Scully Meet the Were-Monster” was particularly unusual. Unless, of course, you happen to be a longtime fan of the series.

Those who have watched more than their fair share of X-Files episodes can tell you that, on occasion, The X-Files would forego its dark themes and nightmarish monsters in favor of a full comedic episode. Consider it comic relief for an entire season of television. Episode 3 has sought to, and succeeded in, recapturing the occasional silliness that would sometimes let us catch our breaths mid-season. It does so with style, and with plenty of fan service to boot. 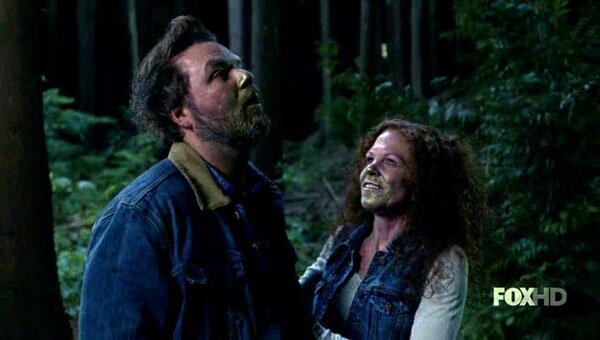 The episode begins with two familiar faces: The two stoners who appear twice throughout Season Three of The X-Files. They’re back, and huffing paint, pondering the meaning of life. But when they run smack into what appears to be a giant lizard and a trail of dead bodies, Mulder and Scully get the call. I am sure I am not alone in making the mistake of thinking that this would be an episode dedicated to werewolves, and the misdirection seems all too intentional. But no, instead of a werewolf, we get a shape shifting werelizard. Yup, a creature that appears both as man and giant lizard. At least they’re trying to keep it fresh, right?

Throughout this episode, Mulder is in a rather somber mood, as he questions whether a life dedicated to chasing down paranormal phenomena has been worth it. His mild depression is treated with lightness and humor, although it casts a negative light on how he feels about his career. Simply put, Mulder seems to be on the brink of not even wanting to believe anymore. That is, of course, until he comes face to face with the man claiming to be the werelizard. 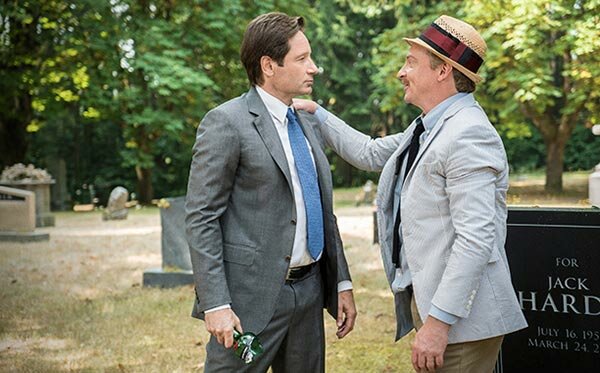 Once confronted, the lizard (in his human form, known as Guy Mann) quickly spills the beans and tells Mulder his life story. Rather than the typical “man who turns into beast during the full moon” cliche, Guy is actually a lizard, who was bitten by a man, and turns into a human when the moon comes out. Guy spends a huge portion of the episode telling Mulder about his experiences as a human, and how those experiences make him want to die. It sounds morose when I say it like that, but Guy’s story is a hilarious satire about the human condition.

Once he had turned into a human, Guy tells Mulder, “I became possessed. I fought against it. . . but I lost control. I had to go on a hunt. I had to hunt down a… a job.” I laughed out loud at this bit, and also Guy saying that, now that he was a human, he could BS his way through anything, was concerned about paying bills and a mortgage, and felt an uncontrollable urge to exaggerate the details of his romantic life.

Eventually, Mulder discerns that Guy is just an innocent victim of a human bite, and as they part ways, Guy transforms back into lizard form, and Mulder, finally, after all these years, has concrete evidence and visual proof that monsters really exist.

At times, the humor throughout the episode felt really forced and overdone. Let’s face it, comedy is not a strong suit for either Duchovny or Gillian Anderson. Luckily, with Guy’s goofy look and innocent Australian accent, the episode goes from dull to hilarious quickly.

In addition to plenty of humor, there is also a smattering of fan service and X-Files easter eggs for fans to enjoy. From Mulder’s red speedo underwear to X-Files directors’ names on tombstones, there is plenty to keep fans of the series satisfied.

Unfortunately, for new or less well-versed X-Files watchers, Episode 3 is likely to go right over their heads. Following the severity and seriousness of the first two episodes of the season, Episode 3 feels very out of place unless you are familiar with the occasional humorous episodes from the earlier seasons. The easter eggs will also be missed by new viewers, which is a major selling point of this episode.

But, for those who know the series well enough to appreciate an episode like this one, it’s a real treat, and is likely to go down in history as one of the most memorable episodes of the series to date. But, we’ve had our fun. With just three episodes to go until Mulder and Scully hang it up for good, I think it’s time to get back into the swing of things .