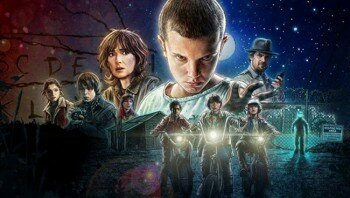 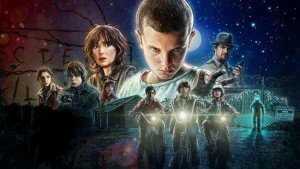 No doubt by now you’ve heard way too much hype about the summer’s biggest show, “Stranger Things.” Set in Nowheresville, USA during the eighties, the sci-fi thriller centers around four kids and their connection to another dimension. Typically “other dimensions” is a cliched and exhausted storyline, but “Stranger Things” is exciting, violent, mysterious, and brimming with 80s icons like Matthew Modine and Tron-like music. What’s not to love?

Well, for one thing, the fact that there’s only one season. Eight episodes isn’t nearly enough to get anyone through their summer (for myself, it was a weekend). Thankfully, the president of Netflix has stated that it would be stupid not to have a second season. Honestly, those were his words. So we’ve crafted a wishlist of some things we’d like to see in season 2. Fingers crossed the Duffer brothers will fulfill some of those wishes. It goes without saying that this list contains spoilers.

I don’t care how they do it or at what cost, but we. Want. More. Eleven! She’s fantastic and endearing and amazing and we need her.

Honestly, the most shocking part of the season finale was the “one month later” bit that showed Steve and Nancy were still together. They don’t make sense together. Why set us up for half a season’s worth of Nancy + Jonathan only to rip it out from under us?

Steve had some redeeming moments towards the end of the season, but never forget that he and his friends wrote “Nancy ‘The Slut’ Wheeler” on a movie theater marquee. For God’s sake, Nancy, have some self-respect.

When Hopper and Joyce went to the Upside Down to find Will, Hopper came across what looked like a hatched egg. Perhaps this is where the faceless monster was born…or perhaps the monster has a spawn of its own. Either way, both theories suggest that the faceless monster was not entirely alone in the Upside Down (can’t make eggs by yourself, can you?). Combined with the fact that Will’s body seemed to serve as an incubator for who-knows-what, it appears there may be more than one type of creature in the Vale of Shadows.

It’s unlikely that this whole other world was populated by just one creature, and perhaps what Eleven brought through was only the beginning. The thought of a small army of monsters entering our world is slightly terrifying…but it would make for great TV.

Eleven is incredibly talented and powerful, but the fact that her name is “Eleven” begs the question: what happened to the previous ten kids? There’s no doubt that there were other gifted children, and we would love to know what came of the original experiments.

Yay, Will has been returned safely from the Upside Down!

Will has intense visions of the Upside Down and seems to regularly cough up slugs. Awesome. Whether these visions are “real” or meaningful, it’s still too early to tell. However, we would love to see some sort of correlation between these visions and Will’s post-traumatic stress. It could add a psychological element to the show that contrasts to all the flash and excitement of inter-dimension travel and faceless monsters that eat people.

What are some of the things you are hoping to see in Stranger Things season 2? Chime in below!