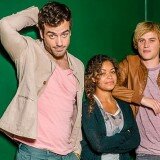 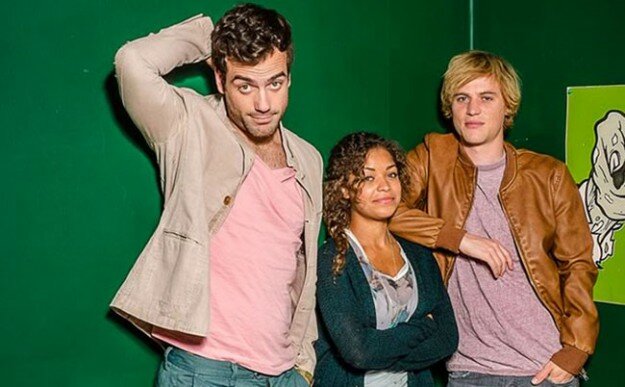 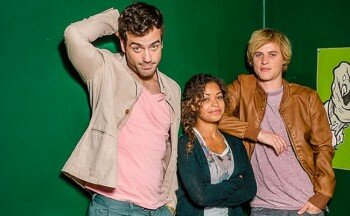 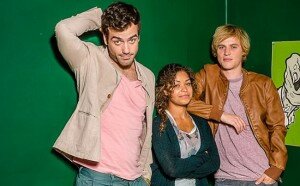 Netflix has become so prevalent in modern culture that people actually list it as one of their hobbies. What a time to be alive.

Since its induction in 1997, Netflix has risen from its status as a glorified Blockbuster to a source of unique and original programming. Rather than scouring through titles to find something decent to watch, viewers are now overloaded with too much stuff to watch. And that’s a beautiful problem to have. It’s getting to the point where people will only watch a show simply because the thumbnail says “Netflix Original” in the corner.

But there are literally dozens of Netflix Originals, so which ones should you watch? Well, here are five Netflix shows you’ll be glad you marathoned.

At the top of the list (because it’s our strongest recommendation) is “Lovesick.” Formerly known as “Scrotal Recall,” this six-episode British comedy centers around Dylan, who returns to his former partners to tell them he’s been diagnosed with chlamydia. Each character is funny, eccentric, and equally hopeless in the pursuit of love. Tiny details that don’t seem to matter circle back by the end of the short season, making “Lovesick” hilarious yet painfully brilliant. Beneath the STD’s and one-night stands, the show has an incredibly moving message about love and how equally terrifying it is to have it and to want it.

This one’s a no-brainer. The hit series created by the Duffer brothers exploded overnight with hype and didn’t disappoint. Set in 1980s Indiana, the science-fiction thriller follows a group of nerdy kids who encounter a stranger girl in the search for their missing friend. What’s more intriguing than young Will’s disappearance is the mysterious Eleven, a girl with no past, no family, and no limits to her…abilities.

“Stranger Things” is like an 8-hour long horror film—rife with teenaged bullies and hare-brained schemes—that doesn’t leave a bad taste in your mouth. In fact, it leaves you begging for more or, in our case, a hankering for Eggo waffles.

The marketing for this Netflix Original was a bit muted, so it makes sense if you’ve never heard of “Bloodline.” But now you have no excuse.

I’m not one of those people who swears by “The Sopranos.” However, “Bloodline” was created by Sopranos producer Glenn Kessler, who once again not only channels familial drama but perfects it. Fair warning, every episode has a slow build but it always has a worthwhile payout.

You don’t know you want a 1930s gangster drama period piece until you check out “Peaky Blinders.”

“What the hell is a Peaky Blinder?“ So glad you asked. Its a family-based gang of Englishmen, led by the ruthless Tommy Shelby (Cillian Murphy), who have a fondness for expensive suits and sharp razor blades. From whiskey to horse races, the Shelby family has their hands in everything, and they look so goddamn cool while doing it.

There’s only about six episodes per season and each season starts off almost painfully slow, but the action and drama is as on point as Tommy’s fashion sense.

Last but certainly not least is my current Netflix binge: “Last Chance U.” This recommendation might sound like it comes out of nowhere, and I don’t blame you. In fact, I had to search deep within the recesses of Netflix (a dark place, I can assure you) just to find it. And I am so glad it paid off.

“Last Chance U” is a documentary series about a highly competitive junior college football team from Mississippi. Now don’t be thwarted by the sports aspect—I can’t stand Monday Night Football myself. What’s compelling about this series is the athletes who struggle to be the best player and the best student that they can be. The football program is intensive and influential and their last chance at becoming eligible for a Division I team.

Every shot is gorgeous, every player’s struggle heartbreaking, and every episode is somehow so strangely addictive. I honestly don’t think I can put into words what it is that is so enticing about “Last Chance U,” but nonetheless it’s something you should add to your queue.