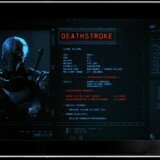 Check it out, Batman fans, NetherRealm Studios is going to release a completely free-to-play Batman: Arkham Origins game for iOs and Android. The brawler was announced today during New York Comic Con by both Warner Bros. Interactive, and DC Entertainment, and will allow for players to go up against Batman’s most heinous foes. In the mobile version of the title, gamers will be able to play as Batman – who would have guessed, and unlock various Batsuits, as well as amp up your character as opponents are defeated.

Batman: Arkham Origins on the console serves as a prequel to the previous Arkham games – such as Batman: Arkham Asylum and Batman: Arkham City, and offers players the chance to see a younger Batman, and one that isn’t as skilled as what players are used to. The console version is slated to release on October 25th for Xbox 360, PlayStation 3, Wii U and PC. Anyone who snags the console version of the game will be able to unlock special bonuses for the mobile title as well.

Batman: Arkham Origins releases for iPad, iPhone and iPod Touch will release alongside the PC launch of the game, whereas the Android version will come later in the holiday season.

Telltale Shows Off Their New Guardians Of The Galaxy Series
Search: