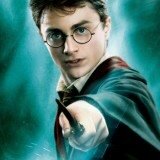 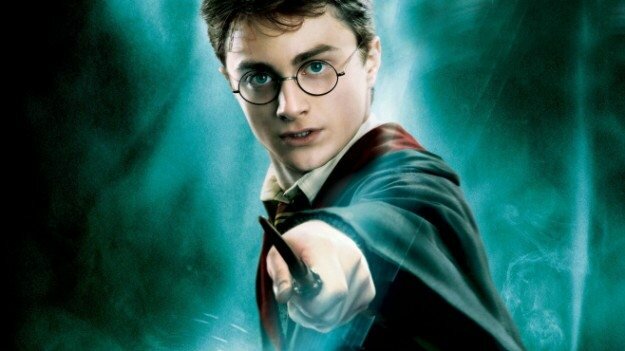 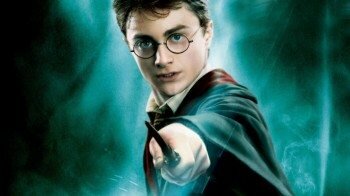 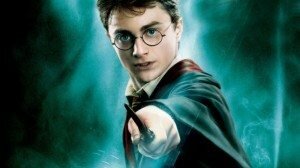 If you’re at all aware of Harry Potter’s existence, then you can probably understand why saying that the franchise is ‘having a moment’ would be an enormous understatement. Harry Potter references make their way into conversations with coworkers, into weddings, into amusement parks, and into countless fan-fictions–so, if you ARE unfamiliar with the series by J.K. Rowling, then you’re probably afraid to admit it for fear of being tossed into the Forbidden Forest (yes, the Harry Potter references are starting already). But if you truly want to understand the basics of a series that almost outsold the Bible, then read on! It can be our secret.

Harry Potter’s story is focused in England, and each of the seven books begins in the same way: with Harry Potter’s birthday. For each book/movie (excepting The Deathly Hallows Part 2, which is the last of the eight movies), Harry is a year older. He learns about his wizard status in the first book, at age eleven, and–finally offered some refuge from his aunt and uncle–the long-suffering orphan finds that he’s been enrolled in the Hogwarts School of Witchcraft and Wizardry. He also learns that his parents had been students there too, that they were eventually killed by the Dark Lord Voldemort (more on him later), and that Harry’s survival of that attack gave him the lightning-bolt scar on his forehead. His survival also gave him the title of Enemy Number One in Voldemort’s mind, and that same Dark Lord is now back from his previous defeat to exact revenge.

With each book/movie Harry grows more, both emotionally AND physically. His relationships with his friends are in turn challenged and strengthened (particularly those with his two best friends, Ron and Hermione), he becomes a serious Quidditch player (which is a violent game played on broomsticks), and he deals with all of the typical struggles that pubescent students face in academia. In addition, Harry also has to deal with a new Voldemort-related problem in every single book/movie–each of which brings him closer and closer to a final showdown with his nemesis.

As the series progresses, Harry’s problems become more and more complicated; whether it’s romance, discoveries about his past, or Voldemort’s increasing strength, Harry has enough on his plate to give him MAJOR cause for therapy. The drama increases, classwork becomes less and less important, and Harry has to grow up faster than his classmates in order to defeat the Dark Lord. In short, Harry suffers from a special burden–one that distances him from everyone else, and gives him a lot of sleepless nights–but he is also a teenage boy with teenage problems. It is this combination that makes him (and his closest friends) so fascinating for readers or viewers–and it is this combination that also makes him such an unexpected enemy for the isolated adult Voldemort.

Harry Potter: Also known as The Boy Who Lived (since he survived Voldemort’s attack when he was just an infant) and The Chosen One, Harry is a small, awkward boy who has no idea about his legendary status for the first half of his life. As a fairly good student and a relatively well-behaved kid, Harry has a lot of admirable characteristics–and when he does get in trouble, it’s usually for a good cause. As the protagonist, it’s Harry’s perspective that dominates the series; however, because he’s an intelligent, courageous, and somewhat clumsy hero, his perspective has enough humor and depth to make the story a great one. Harry’s friendships are also crucial components in his tale, as Ron and Hermione are perfect companions for him on his journey to adulthood–and to an apocalyptic battle against a villainous wizard.

Hermione Granger: An ugly-duckling brainiac who becomes a capable swan over the course of the series. Although her parents are Muggles–which means that they are normal people instead of witches or wizards–Hermione is considered to be “the brightest witch of [her] age”. She is often the one who gets the central trio out of their dangerous situations–if Ron is the one whimpering (especially in the earlier movies), then Hermione is the one who’s creating an escape plan.

Ron Weasley: A red-headed boy from a large, happy family, who is often the Luigi to Harry’s Mario (and who occasionally gets sick of it). Ron has several older siblings–along with The Chosen One for a best friend and Hermione as another best friend–and his desire to take center stage definitely becomes clearer over time. However, despite his sidekick syndrome, Ron can be a real hero when it’s necessary–and he proves it often (plus, he’s the comedic foil to Hermione’s down-to-earth sass).

Draco Malfoy: The son of villains (aka Death Eaters who support Lord Voldemort), who has targeted Harry and Ron since their first day at Hogwarts. Draco’s wealthy, detached family is a striking contrast to Ron’s cheerful lower-class family–which might help explain why he makes so much trouble for the three main characters. For several books, Draco is just a nuisance; when he becomes a very real opponent, however, it becomes clear that Draco is a misguided boy who has gotten himself in way too deep.

Rubeus Hagrid: The Gamekeeper at Hogwarts. Hagrid knew Harry’s parents and is a close friend of the central trio. As a large and slightly goofy man, he has an endearing nature that makes him well-liked among many of the other characters. Hagrid also has a fondness for hazardous creatures, leading to a variety of ‘adoptions’ that often become part of Harry’s problems–and, ironically, solutions.

Albus Dumbledore: Dumbledore is the Headmaster of Hogwarts, a powerful wizard who knows a lot of helpful information–but who doesn’t reveal it all at once. Instead, he leads Harry to the information bit by bit, via cryptic phrases and the occasional ‘field trip’. Harry loves Dumbledore and looks to him for hope, but he becomes more and more frustrated by his mentor’s secrecy. Mysterious or not, Dumbledore is Harry’s touchstone for faith, strength, and mirth–and a touchstone for the reader/viewer as well.

Lord Voldemort: This evil wizard also has another name (which is revealed in The Chamber of Secrets, the second book/movie) but neither name is said often by the fearful wizard population. Voldemort no longer appears human, and therefore has no physical similarities to Harry; however, there are some similarities between Harry and the young man that Voldemort used to be. If you really want to know more about Voldemort’s past and how he reached his current warped status, then read the books for all the details: Voldemort’s turning point was around the same time in his life as Harry’s, and seeing both boys’ journeys unfold really adds another intriguing layer to the story.

Severus Snape: A professor who excels in wearing the color black–and whose mistreatment of the central trio is a constant in the books. Professor Snape’s wardrobe, appearance, voice, and hatred of Harry practically make him a caricature of a villain (and the excellent portrayal by the late Alan Rickman also helps), but it becomes apparent in the series that Snape is far more than just another mean teacher.

Hogwarts: Since this school is a particularly iconic location from the Harry Potter saga–and since it’s also a school that has everything from talking portraits to moving staircases–it deserves its own character description. Hogwarts is not the only wizarding school in existence (and some of the other schools do come into play) but it is home to several of the series’s main characters, especially Harry. There are also four “Houses” within the school, each of which has its own mascot and Quidditch team. The Houses are associated with certain traits, and new students are “sorted” into one when they first arrive. Two of the Houses are Ravenclaw (for the erudite) and Hufflepuff (for the…well, Hufflepuff’s more of a slow-and-steady-wins-the-race kind of House). The other two are Gryffindor (for the brave) and Slytherin (for the driven), and these two Houses are often pitted against one another. Harry and his friends are in Gryffindor, while Draco and his friends are in Slytherin; you do the math.

Because this series combines a boy’s natural progression to adulthood AND a hero’s natural defiance of a villain, it is all the more enjoyable to read. Beware, though: with each book and movie, Harry becomes more of a teenager–which means that by the last few films, the angst of the pubescent main characters is rocketing off the charts. Even the films’ colors change, until the settings are almost as dismal as those of a Twilight movie. This teenage drama might be unpleasant for some viewers, but it is part of what makes this series such an amazing representation of adolescent struggles (and, you know, face-offs against evil wizard armies).

This Harry Potter cheat sheet is obviously a very rudimentary one, but it is particularly applicable since Harry Potter & The Cursed Child has just come out. This book is actually the script (still written, in part, by J.K. Rowling) of the play, which features the main trio and their children in the future. You may have missed the boat on the first seven books (and the first eight movies…), but you can still redeem yourself by reading The Cursed Child–and after reading this backup information, you can approach Harry Potter’s world with a little less trepidation! If reading still isn’t your thing, then go for the upcoming movie Fantastic Beasts and Where to Find Them, which is also set in Harry Potter’s world. Or perhaps you won’t do either. But hey, at least you now know your Malfoys from your Weasleys!