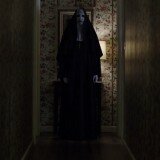 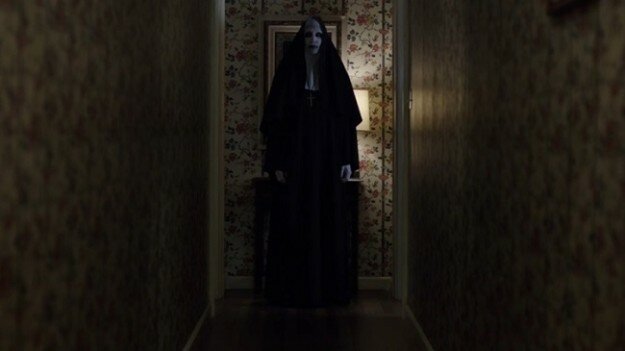 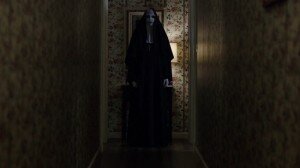 No other genre captures an audience like the horror genre. When done right, a horror film has the ability to clear your mind and magnetize you to the screen. Work, bills, friends, all of them disappear when that big bad boogie monster stares back at you, and the only possible thing that can pull you from your seat is a bathroom break. And sometimes that’s not even enough!

Sadly, that grip the movie has on you doesn’t end after the credits roll. It lingers in the dark hallways of your home, in the shadows. How many of us have strictly avoided Ouija boards or investigating strange noises because of what we’ve learned from scary movies? I certainly have.

So when a horror film is done right, should we be relieved…or terrified, and possibly permanently scarred? We should be delighted because the genre has been a long trail of cheap tricks and fake blood. Horror plays on our fears and roots us to our seats, and a film that does so intelligently elevates the audience rather than patronizes it. I’m a huge fan of films like Insidious and Sinister for this very reason, and director James Wan continues to utilize those scare tactics in The Conjuring 2.

The sequel opens exactly the same as the first movie: flashback to a previous case (which will somehow be relevant later), freeze-frame, yellow text scrolls up summarizing the Warrens and their careers as paranormal investigators, and then the giant, menacing title card. If you were hoping for more of the same, here’s the filmmakers’ subtle way of saying “here ya go.”

For those who don’t know, Ed and Lorraine Warren were the couple that investigated the home that inspired the Amityville Horror films. The Conjuring and The Conjuring 2 are loosely based on two of their real-life cases. Horror buffs can get a big kick out of these tie-ins while newcomers have a few mediocre movies to add to their watchlist. Nonetheless, the introduction adds a rich background to the lives of the Warrens.

The events of the film are inspired by the haunting of a working-class family in Enfield, England where a malevolent spirit has latched on to the youngest daughter in the Hodgson family, Janet. Several shots are perfect recreations of the chilling photos taken from the media coverage attracted by Janet’s story.

But this isn’t the cut-and-dry haunting of the first movie. While the Hodgson house is torn apart nightly by a grumpy ghost, Lorraine experiences ominous visions of a demonic nun. These visions frighten her so badly that she refuses to accept new cases, and it feels like a third of the movie goes by before the Warrens finally make their way to England. Then they’re accompanied by investigators Maurice Gross (Simon McBurney) and Anita Gregory (Franka Potenta), the latter trying to prove the whole thing as a hoax. So along with the numerous evil entities, the plot also imbues the question of “Is it real?”

Unlike the two giggling girls eating popcorn behind me, I’m pretty sure it’s real. And not because this isn’t my first rodeo. James Wan’s chilling and steady direction optimizes every angle and every shadow, making innocent things like a child’s teepee or a remote control seem terrifying. He even uses the old “pull the sleeping kid’s foot” trick again. But because this is a sequel and because the stakes are higher, the scares are bigger and wilder. The evil spirit isn’t revealed in a final battle but is practically a fully-fleshed character who is present for half the film. It speaks and shows itself to multiple people, not just to Janet or clairvoyant Lorraine. At first, the effect is terrifying but after the ghost thrusts its yellowing eyes towards yours for the ninth time, you kind of wave it away and say “yeah, yeah, I get it.”

Wan’s films are jam packed with clever jump scares, so The Conjuring 2 never has a dull moment, and the thickest of skins won’t prevent viewers from tensing in their seats. It’s fun and engrossing even at the film’s weakest points. The gorgeous, sinuous tracking shots seamlessly integrate terror with beauty, tricking the viewer into a false sense of security before scaring the pants off of you.

However, making a sequel to a film–and a horror film, nonetheless–is an ambitious feat. The Conjuring 2 is not as refined and well-paced as its predecessor, but it delivers the familiar elements of terror and suspense with the intensified drama so common in sequels. At times, The Conjuring 2 is a little too tightly packed with plot twists and numerous monsters, including a character that would be an ideal villain in the next Tim Burton movie (no doubt he’ll sit in the theater, ball his fists, and whisper “damn”). One thing is a cover up for another thing which is all a cover up and it all ties back to events from the previous movie…and now we’ve reached the point beyond cleverness and into obscenity. The fact that the culminating battle is so brief and lackluster only highlights the disappointments of the plot.

The beauty of The Conjuring was its simplicity: a family haunted by a violent spirit. The clues and the discovery of the evil being were gradual and easy to comprehend, but the heart of the film was the evil being’s methodical breakdown of the family. Every scare was calculated and unique, but a contrived story in The Conjuring 2 clouded those elements that made the first film so effective.