From Affleck to West: Ranking the Caped Crusaders

Long before Marvel took the cinematic world by storm with a surplus of major blockbuster superhero films, one man had been keeping the superhero genre alive and (mostly) well. For years, Batman has been a cultural icon and half of the whole that makes up the DC Comics poster child lineup, alongside the Man of Steel himself.

Many talented men have donned Batman’s black cowl, and a few less talented ones as well. Forget James Bond, because the Dark Knight has just as many actors to his name. And to celebrate the release of Batman v Superman: Dawn of Justice (for which there are SPOILERS below), we’re ranking each and every one of them, from worst to best. For this list, we are sticking solely to live action Batman films (sorry, Will Arnett) and basing our opinions on the actor’s ability to portray Batman and Bruce Wayne.

Bat nipples, right? This is perhaps what 1997’s Batman and Robin is most well-known for. And then, after bat nipples, it is known for just being an awful film. But besides all of that, Clooney’s Bruce Wayne/Batman performance is laughable. At the time, Clooney wasn’t the household name that he is today. No, Batman and Robin was intended to be one of his silver screen breakout roles.

But instead of bringing his notable acting chops to the film to portray an intensely charming and insatiably dark Batman, Clooney seems bored, and content to try to ride this one through on his looks alone. At least Bane looked cool in this one, right?

If Batman and Robin is the bat nipples movie, then Batman Forever is the glossy suit movie. It’s also the one when Robin says, “Holy rusted metal, Batman!” Awesome.

Like Clooney, Val Kilmer is (or at least was) a talented actor during his Batman days. Kilmer had found fame in various other ‘80s and ‘90s action films, and seemed like a pretty decent choice at the time. But the movie was a strange, light hearted affair, and I imagine that Kilmer had a difficult time portraying such a serious role in a more happy-go-lucky Batman film. He certainly isn’t the worst, but he definitely didn’t do anything to stand out as a good Batman actor.

Oh man, this Batman movie had it all: Every conceivable villain, marching bands, giant Acme-style bombs, shark repellant — you name it, and Batman: The Movie had it.

Admit it, every once in awhile, it feels good to take a break from things of a serious nature to get back to learning simple lessons about life. Thus, Adam West is a great Batman actor. Who knew that you could save Gotham city while simultaneously teaching thousands of kids at home to be nice to their neighbours, eat their vegetables, and brush their teeth? You may not have ever thought it possible, but Adam West does it with style. Pow!

Bale is pretty good though. He made Batman hard and intimidating. And scary. That moment when he shows up behind The Joker in the interrogation room during The Dark Knight is an amazing one. But honestly, with all the things that Bale does right, I just simply cannot forgive the “Bat voice”.

Well, Batman, I don’t know. But if you calm down and ask nicely, maybe I will help you out.

Michael Keaton was the first actor to seriously portray the Dark Knight (as in he wasn’t facing off against The Joker in surfing competitions — thanks again for that one, Mr. West) and he did so unexpectedly. While he may not have seemed the obvious choice, sometimes it’s the unexpected that yields the best results.

Keaton’s “Bat voice” was pretty darn great, and a lot of classic Batman lines can be attributed to his performance (“I want you to tell your friends about me!”). He nailed the dual personalities of Wayne and Batman, and had just a hint of the tortured hero aspect that makes Batman great. 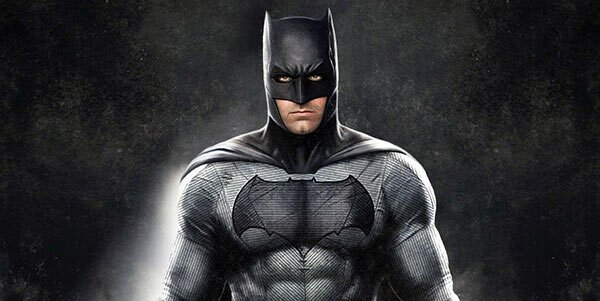 Batman v Superman is a tragically messy film (read my review). But the standout, bright star of the film is Ben Affleck’s Batman. Not only does he perfectly reconcile Bruce Wayne and Batman’s personalities, he has one thing that no other Batman actor has ever had: That chin.

In all seriousness, though, Batfleck is, without a doubt, the closest we have ever come to seeing the comic book version of Batman on screen. In terms of the sheer size and bulk that Batman possesses, Batfleck does it best. He’s huge, intimidating, and out for blood. And, spoilers, he beat Superman. He really did it. Slow clap.

Which Batman actor is your favorite? Do you agree with our list? Let us know in the comments!