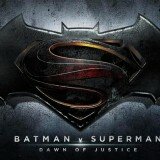 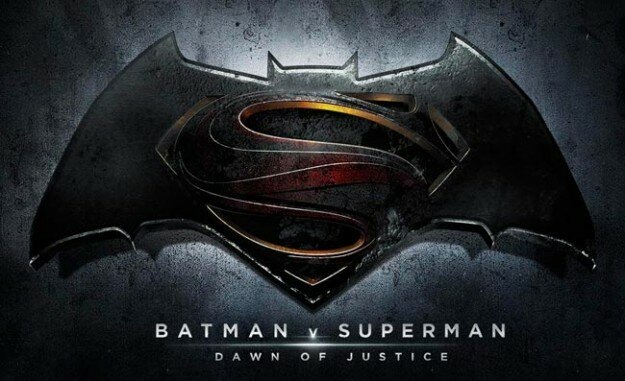 Back in 2002, my family got its first DVD player as a surprisingly wonderful Christmas gift. But one day, while watching a film with which I was fairly familiar, I noticed that many of the scenes seemed mixed up and out of place. Climaxes occurred too early, and the movie was confusing and hard to watch. It turns out that there was a “shuffle scene” option on our DVD player’s remote control, and I had inadvertently pressed it.

Apparently, Zack Snyder witnessed this moment from my childhood and decided that this jumbled mess of shuffled scenes would be the perfect way to present Batman v Superman: Dawn of Justice. From the film’s opening moments, and for the next 90 minutes, a whiplash-inducing series of short scenes is thrown at us, one after the other. BvS begins with the murder of Bruce Wayne’s parents (as if we really needed to see that happen again) and then continues on to the destruction of Metropolis through Wayne’s eyes (this is all seen in the trailers for the film).

For the next hour and a half, we are treated to a near-incomprehensible barrage of quick clips detailing the public’s mistrust of Superman, Lois and Clark Kent’s home and work life, Batman’s brand of vigilante justice, and Lex Luthor’s growing insanity. Because of the brevity of each of these scenes, it feels like nothing noteworthy really occurs for the greater portion of the movie. Though important events do take place, their significance is minimized by the conciseness of each scene. It almost feels as though we’re watching a short segment that should begin with the words, “Previously in the DCEU.” Come to think of it, the opening act of BvS felt like one really long movie trailer. It showed us things that should have been important, but not enough to give us any particulars.

BvS feels very strange in this way. While we should be caring about Batman and Superman’s various struggles, Lex Luthor’s evil schemes, and Lois Lane’s uncovering of criminal activity in Metropolis, none of these things end up really mattering, and in the end, what we’re left with is an incoherent mess, shallow characters, and zero plot.

In a film that should be character and situation driven with plenty of action to boot, BvS is disappointingly lacking in all categories. Superman is boring and morose. As humanity begins to lose faith in him, he seems to give up entirely at the first sign of trouble, and then when things get really bad, he just gets out of town as quickly as possible. Batman/Bruce Wayne is slightly more interesting, but this is mostly due to Ben Affleck, who is one of the bright spots of the film, along with Jeremy Irons, who plays Wayne’s trusty butler, Alfred. Sadly, these two are glossed over, as is Diana Prince/Wonder Woman. It seems that, in attempt to show as much of the film’s characters as possible, none of the characters ended up getting enough screen time to be properly fleshed out.

Except Lex Luthor, who ended up with far too much screen time. I get what they were going for with Jesse Eisenberg’s portrayal of the famous villain: A man outside of his own mind, driven to evil in part by a desire for power, and in part by his own insanity. Kind of like The Joker, to be honest. But instead of feeling malicious or dishonorable, Lex just ends up feeling like a bad comedy routine. He slightly redeems himself (in terms of character) near the end of the film when he starts to do some really evil stuff, but it’s too little, too late by that point.

Before we get into the second act of the movie (the point at which the bewildering mess stops to make way for some action, finally) let’s take a breather and talk about some bright spots of the BvS. As I mentioned previously, Ben Affleck is great, but underused. He may be the closest we have ever come to a proper adaptation of the comic book version of Batman. The dude is jacked, and seriously just looks like a brick wall. There is no awful, Christian Bale-style growly voice, and Affleck’s Wayne is likeable and admirable, while his Batman is hardcore and intense. But what good is Batman without Alfred? Jeremy Irons Alfred is similarly great. He’s less of a butler and more of a sidekick/tech guru, but still offers up great tidbits of wisdom, as Alfred has always done. Hopefully the Affleck/Irons duo is one that we will be seeing for some time to come.

In fact, BvS probably would have served a lot better as a solo Batman film in order for us to get acquainted with the new cast. There is so much talent there, and it’s nearly wasted on this movie.

There are also a few Justice League related cameos during the movie, which are fun and help to establish the featured characters so that they can appear in solo films later on. But the cameos feel like they were shoehorned in at the last possible moment with a very thin plot point involving some good, old-fashioned computer hacking. 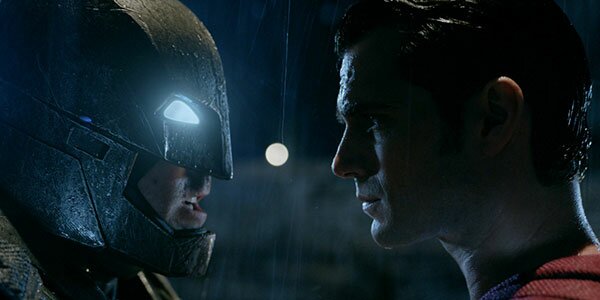 But now we move on to the namesake of the film: The majestic showdown between Batman and Superman. BvS definitely improves from this point on, albeit marginally. When the Man of Steel finally shows up to take on the Dark Knight, there is a definite feeling of anticipation. Superman lands the first blow, and sends Batman sprawling. It’s a great moment that showcases the raw power of Superman, and just how outmatched Batman really is. That is, until Batman fires a Kryptonite bullet at Superman, weakening his powers to human-like levels. The fight continues on in this manner: Batman weakens Superman via Kryptonite and gets a few good shots in before Superman regains strength, and then the process repeats itself. The fight is intense, but ultimately disenchanting. The fight choreography is simple at best, consisting of repetitive heavy punches, and not much else. The fight also doesn’t last very long, which might be a blessing in disguise considering its monotonous nature. But really, for this fight to be the feature point of the film is disappointing.

Inevitably, Batman and Superman must team up to defeat Lex Luthor and Doomsday, again, just as we saw in the trailers. This time with Wonder Woman joins in the fight as well. This battle, at least, is pretty cool, but just like the previous one, doesn’t last nearly long enough. The visual styles that accompany Wonder Woman’s combat scenes are very attractive and unique, and highlight her fighting skills and intensity. Doomsday is also a very powerful and foreboding villain, which is something that not many superhero films, DC and Marvel alike, can boast about. There is actually a general feeling of urgency that attends Doomsday, and at times, you think that the trio of heroes might not actually win.

My worst fears were realized as the film drew to a close: There was very little of substance for me to enjoy, character development (and portrayal on Eisenberg’s part) was laughable, and the trailers, as expected, really did spoil the potentially great moments of the movie.

In the end, we are left with the exact same thing as the citizens of both Gotham and Metropolis: A giant, confusing, smoldering mess. There isn’t nearly enough action to please moviegoers, and the awkward first act of the film is about as unenjoyable as they come. If we’re lucky, the forthcoming extended edition of the movie will add to the action and character development, the two things that BvS is in desperate need of. Batman v Superman: Dawn of Justice has a few good moments, but overall, it feels like the dawn of mediocrity more than anything else.