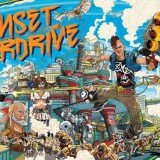 All That’s Epic’s Game of the Year 2014 is Sunset Overdrive! 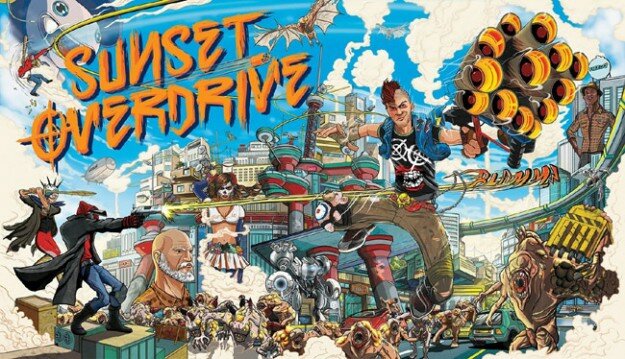 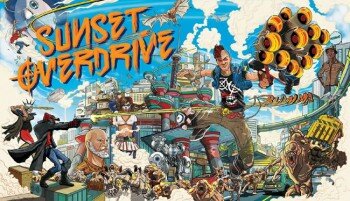 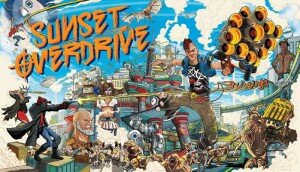 While 2013 was know as the year that broke the cycle and gave birth to new consoles, 2014 will be know as the year that truly defined what next gen gaming is, and validated why you needed to finally make the jump to it. As gamers, we experienced so many different adventures, and watched the worlds we virtually live in grow bigger and even more defined. Next gen was a growing beast and this year was only the beginning of what’s to come. Choosing game of the year, having to just pick one, was no simple task. We had a sea of remakes and collections drop this year of some of the most amazing tiles like GTA 5 and The Last of Us, to name a few. You had sequels to some of the most incredible franchises like LittleBigPlanet 3, Far Cry 4, and many more. While also having some original IP’s drop this year like Shadows of Mordor and The Evil Within.

Game of the Year at All That’s Epic is all about the one reason we game in the first place: fun. For us, it’s not about frames per second or 1080p resolution. It’s not about just realistic worlds or deep story. Its about letting go, escaping, and having a seriously great time. With that said, there was one game that dropped this year that was all about moving forward, feeling familiar and new, while also trying its damnedest to make sure you were smiling the entire time you were playing it. The game I speak of that truly left an impression on us and earned its way to Game of The Year 2014 here at All That’s Epic was Sunset Overdrive. 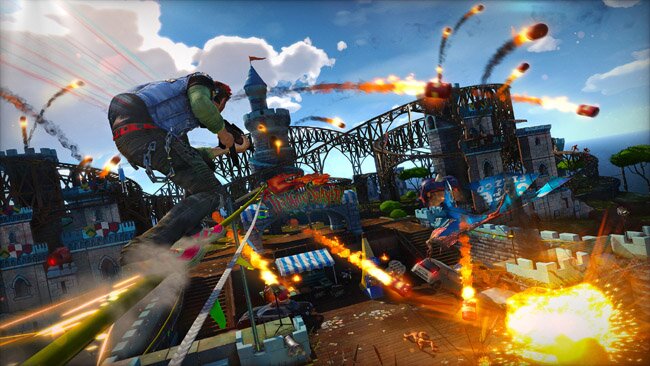 The game was so original by turning the rules of traversal in an open world game, flipping them upside down, and writing up its own rules. There is no stopping in Sunset Overdrive. You are continuously moving while blasting the crap out of anything in your path while rocking out to some sweet punk rock music. It felt like the Tony Hawk franchise, Jet Set Radio, Saints Row and inFAMOUS got together and Frankensteined the baby that is Sunset Overdrive. With the talented team of Insomniac Games behind this title, you knew if it was like any of their past outings, it was going to be loud, fun, hilarious and contain an array of awesome guns. The plot to the game was simple, self aware and tossed so many pop culture and gaming references at you to make sure you felt like you were in on the joke also. While you could tell me any of the other games to drop this year were game of the year quality, I’d totally know where you are coming from. But for us here at ATE, we are all about having a blast, making sure you’re smiling, and leaving an impression for you to return. Just like Sunset Overdrive.

For more on Sunset Overdrive, make sure you check out our full written review. And to you who have an Xbox One and don’t own this game or are about to buy one, GET THIS GAME! You can thank me later. 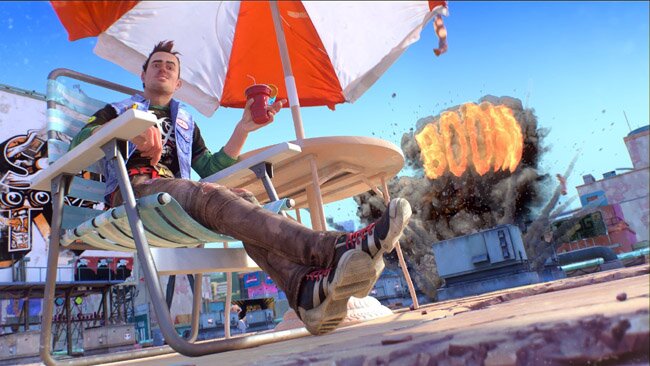