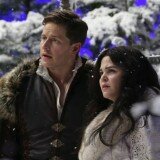 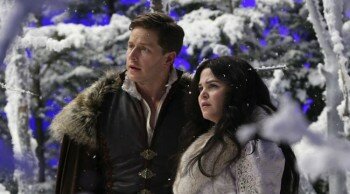 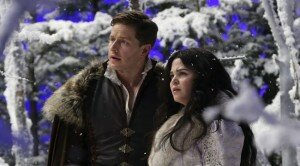 “Is there a problem, Sherrif Chiseled Chin?” – Cruella de Vil

Remember, dearie, all spoilers come at a price~

One night, not long after Cruella and Ursula have rolled into, Mary Margaret has a nightmare where Maleficent, Ursula, and Cruella break into her apartment and threaten her family. She wakes in a panic, and conspires with David to get Cruella and Ursula out of town before anyone finds out their secret.

Now, if I had taken a shot every time Mary Margaret or David mentioned their “secret” or “what they did” I would probably be in the hospital right now. The writers smear on the “secret” aspect ridiculously thick, and wait until the last possible second to reveal what that secret is. Seriously, the credits are practically rolling when Mary Margaret ends her several-minute monologue about her secret before she reveals the actual secret.

And, like Mary Margaret, I will wait until the last possible second to reveal what that secret is.

Prowling the town, Cruella and Ursula are working on bringing Maleficent back to life. They go to visit Belle in the pawnshop to steal a relic of Maleficent’s while Rumpstiltskin gathers the sorceress’ ashes beneath the library. Belle reports an item missing from the shop, prompting David and Emma to search Cruella’s car. David finds Maleficent’s relic and takes it, reporting back to Emma that he did not find anything in the car. Just to be sure Emma goes to check security footage from the Pawn Shop, while David reveals to Mary Margaret the villainess’ plan to bring back Maleficent. Together the couple decides that the only way to protect themselves and the town is to get rid of Maleficent’s ashes.

Regina and Henry’s quest for the clues about the author continues as they dissect Henry’s storybook. Noticing that Pinocchio added pages of his story into the book they believe he may have a clue about where the author might be. The problem, of course, is that after the curse was broken Pinocchio turned back into a little boy and lost his memories. Frustrated that her happy ending might not happen, Regina snaps at the young boy bringing on the wrath of Papa Gepetto.

Regretting what she did, Regina goes to apologize to Gepetto and explain herself and her frustrations. Pitying her, Gepetto gives Regina a bag of things from when Pinocchio was an adult. Among assorted items, Henry is able to find a picture of a door with a note labeled, “Author?”

While Mary Margaret and David are preparing to seek out Maleficent’s ashes, Emma shows them security footage revealing that Cruella and Ursula stole something from the Pawn Shop. Emma is told not to worry about it and to give the women a chance, and Emma is positive that her parents are hiding something from her.

Underground the Charmings are able to find the sorceress’ remains, only to be attacked by Cruella and Ursula. Taking a knife Cruella cuts David and Mary Margaret’s hands, revealing that they were tricked into seeking out the ashes. What is needed to bring back Maleficent is not some trinket, but the blood of the people who wronged her most.

It is revealed that in the past the “Queens of Darkness” went to Snow White and Prince Charming to warn them about Regina’s curse, which threatens them as well. They claimed they knew of a tree that could grant knowledge to two of the most valiant heroes, so they plan to lead Snow and Charming there to figure out how to defeat the curse. However, the tree refuses to work for the Charmings, and Maleficent notices that Snow is pregnant. Since the baby is the product of true love it has a great potential for good, but the same potential for turning evil. The tree refused to work for them because their baby, Emma, may turn out to be the most evil villain ever.

In the present Maleficent rises in a burst of smoke and flame in her dragon form, much to the delight of Cruella and Ursula. The Charmings ask if she is going to reveal what they did to her in the past, but Maleficent claims she doesn’t care about their secret but destroying their happy ending. With the Sass Squad complete Mary Margaret and David decide to tell Emma the truth.

Which, of course, they do not because they conveniently overhear how Emma trusts them and knows they would not do anything to hurt her. Revealing their secret would force Emma’s heart shut, possibly awakening her evil potential. Instead, Mary Margaret goes to Regina and begs her to go undercover among the Queens of Darkness. Before agreeing to anything, Regina demands to know why Mary Margaret was so positive the villains were out to ruin their happy endings.

Why? Maleficent lost her child because of Snow White and Prince Charming.

Learning that she was pregnant, Maleficent came to Snow White to ask for her help in defeating Regina. Together they would likely find a way to stop the curse and be able to save their children in the process. Snow White refuses, because she does not want to do risk compromising herself and therefore her baby’s future. So, instead of possibly saving the Kingdom and Maleficent’s child, Snow decides to protect her baby from the fate of becoming a villain.

Now, I have to say that is a pretty good reason to want revenge on someone. And even more important, in terms of character likability, it is sympathetic. It turns Maleficent away from being this evil sorceress into someone who wanted nothing more than to protect her child, but failed because the Charmings refused to help her. This is not necessarily revenge for herself but revenge for her child as well.

Of course, it is only said that the child was “lost.” This does not mean, necessarily, that the child is dead. For all we know maybe the child is in Storybrooke or elsewhere in the world. This opens up a whole new realm of possibilities in regards to story progression. Hopefully in the coming episodes we will get to see into the pasts of Cruella and Ursula, and see why they did not get their own happy endings.

And you know, you just know Emma is going to find out about the past between her parents and the “Queens of Darkness.” This will likely begin her to spiral down the path of evil, and blah blah blah. It is almost painful watching the Charmings setting themselves up for disaster, but the plot has to move somehow, right?

Though a past between Ursula and Hook is hinted, what I am most interested to see in the coming episodes is the relationship between Belle and her new love that was revealed at the end of the episode. By this I mostly mean I am interested in how Rumplestiltskin is going to handle knowing that his one true love has already moved on and is kissing boys in his shop.

Things are probably going to get quite messy.

Once Upon A Time Season 4 Episode 11 Review, “Heroes and Villains”

Once Upon A Time Season 4 Episode 10 Review, “Shattered Sight”

Once Upon A Time Season 4 Episode 9 Review, “Fall”