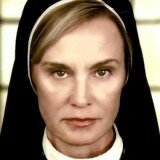 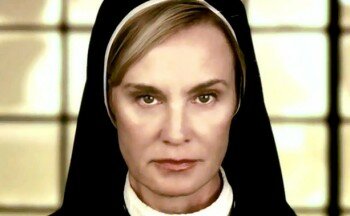 Jessica Lange has announced that she will be leaving the cast of American Horror Story. Playing four different characters in four horror-based AHS anthologies has been a great showcase for Lange’s incredible acting range, but she seems ready to take on new challenges. Creator Ryan Murphy had been hoping that Lange would sign on for the fifth installment, American Horror Story: Hotel.

Lange said at PaleyFest, “We’ve had a great run here. I mean, I absolutely love doing these four characters, and in all the madness, I love the writers and Ryan [Murphy] and the insanity of shooting it.”

The upcoming fifth season, American Horror Story: Hotel will introduce some new faces, including Lady Gaga. Gaga should bring in new viewers from her huge fan base to help bring those numbers up after the slight drop in ratings. Matt Bomer is returning to the cast, and it was hinted that new cast member Cheyanne Jackson may play a love interest. The rest of the casting will be under wraps according to Murphy, since he doesn’t like much in the way of spoilers.

American Horror Story: Hotel should be airing sometime this fall on FX.