Luke Cage Will Have Powers in A.K.A. Jessica Jones Netflix Show 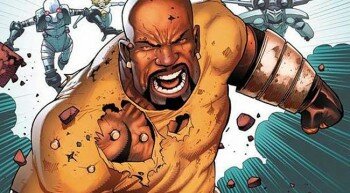 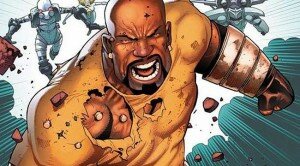 Mike Colter has been working on press tours for Halo: Nightfall and there was talk about his upcoming role as Luke Cage in Marvel’s Netflix series A.K.A. Jessica Jones. Colton was asked to provide some details about his character, and this is what he had to say:

“Marvel actually gives you a special training class in how not to say too much in interviews [laughs]. We’re in the middle of shooting AKA Jessica Jones and Luke Cage is a very interesting character who just happens to have super strength and unbreakable skin. He’s a neighbourhood hero, very much linked to New York and Jessica Jones. It’s all part of the Marvel Cinematic Universe but Luke Cage is a darker, grittier, more tangible character than Iron Man or Thor. He likes to keep things close to his chest, operate on the hush-hush. He has these abilities but he’s not sure how and when to use them. He’s a very nuanced character.”

A.K.A Jessica Jones will be airing on Netflix later this year, with Luke Cage joining the action. Marvel does a good job at keeping secrets so, as usual, we will be picking our jaws off the floor when the series launches!