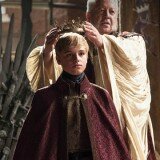 Game of Thrones: The Claimants to the Iron Throne

In the realm of Westeros, the Iron Throne is perhaps the most coveted artifact in the Game of Thrones. Whoever can seize and keep it would hold sway over each and every one of the Seven Kingdoms. For 300 years prior to the start of the show, The Targaryens have held the Iron Throne after Aegon the Conqueror, his sisters and their dragons brought the Seven Kingdoms under one Monarchical ruler.

Fast forward through the current events of the show and we’ve already been through 2 sitting Kings on the Iron Throne. Still, there are plenty of other characters angling to make their claim a reality.  Here follows a review of the claimants and their claims to the Iron Throne, the players of the Game.

Remember, WHEN YOU SPOIL THE GAME OF THRONES, YOU DIE! 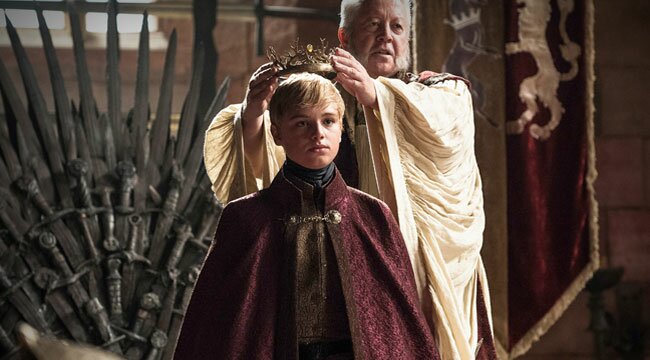 Ostensibly the second in line heir to King Robert, Tommen Baratheon assumed the Iron Throne after Joffrey, his older brother, was poisoned at his wedding feast. Since he is all of thirteen years of age by Season 5, Tommen is not yet ruling in his own right. Effectively, he’s the figurehead of the Royal Houses of Baratheon and Lannister of King’s Landing. Up until the end of Season 4 at least, Tywin Lannister was still actually running the show as the Hand of the King. Thanks to Tyrion, the Lannisters are going to have to rearrange their effective ruler again.

This is especially true, since half of the realm openly or secretly believes that the Lannister claim to the throne is false. The terrible secret that Eddard Stark paid for learning with his life and that plunged the Seven Kingdoms into civil war is that Joffrey, Tommen and Mycella aren’t, in fact, Robert’s children. They are all actually Cersei’s and Jaime Lannister’s incestuous bastards. By the laws of the Realm, Robert Baratheon had/has no legitimate children. Tommen and his older brother before him are no true kings.

Of course, the Lannisters have done everything in their power to proclaim this as traitorous slander. But the word of Eddard Stark carried weight with enough people to spark the War of the Five Kings. Which brings us to… 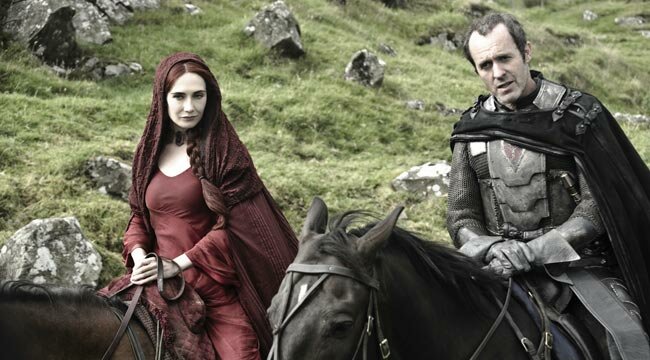 Stannis has been a career military man with an impressive track record. A (ahem) Stark, contrast to the young, precocious Tommen and cocky Joffrey. But Stannis learned the hard way that a claim to a crown and a throne does not make a king.

Stannis did have a powerful army at his back when he attempted to sack King’s Landing and wrest the Iron Throne form the Lannisters. But as we all surely remember, a combination of wildfire traps and Tyrell cavalry reinforcements ensured that Stannis’ assault was broken.

Stannis languished at Dragonstone for some time while his retainers lost hope and Melisandre spun mysterious webs of isolating mysticism in his ear. He finally got some fire under his seat again with backing from the Iron Bank of Braavos and word from the Night’s Watch that winter is coming again. Stannis hasn’t quite built up enough support or man power to challenge the Lannisters again, but his sense of duty will compel him to take the Iron Throne for his own or die in the attempt. 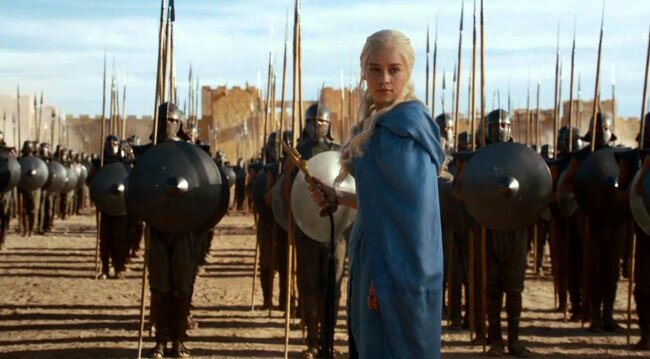 By the time Robert Baratheon’s Rebellion unseated Aerys II, Aerys’s sister-wife Rhaella had fled with Prince Viserys to the ancient familial seat of Dragonstone. It was there that Rhaella birthed Daenerys during a terrible storm. From there, Viserys and Daenerys fled to the free city of Pentos across the Narrow Sea.

Viserys grew up hearing that one day he would reclaim his birthright as the last surviving son of the last Targaryen king. His whole life he brooded with entitled vengeance and grew ever more vindictive and arrogant. The marriage of Daenerys to Khal Drogo was originally supposed to be a military boon for Viserys’s conquering return to the Seven Kingdoms. But then Drogo and Daenerys grew to love each other and Viserys paid for the mistake of threatening the wife of a Dothraki horse lord with his life.

Daenerys was initially hesitant to continue her brother’s campaign to return to Westeros. But an attempt on her life by agents of Robert Baratheon made her realize that she would always be hunted unless she fought back.

As a ruler, Daenerys has made a penchant of liberating those in bondage and has shown a wide-sweeping maternal instinct. She’s also not been shy about bringing some Targaryen fire and blood upon those she sees as unjust. With 3 growing dragons and growing mercenary army in her service she’s getting closer to being able to seize the Seven Kingdoms. Though she must be careful not to get mired in the political upheaval of Slavers Bay and lose all the gains she’s made.

These are the three biggest players right now, but the Game of Thrones is always on going. Will Tommen’s reign last long enough for him to grow into a wise, true king? Will Stannis amass enough power to claim what is rightfully his? Will Daenerys at long last reestablish the Targaryen dynasty in Westeros? Might some new claimants to the Iron Throne emerge? We’ll have to keep watching and see! Game of Thrones Season 5 begins April 12 on HBO.

“Game of Thrones” Season 5 Synopses Tease “The Wars to Come”

‘Game of Thrones’ Behind the Scenes: The Weapons of Dorne

“Game of Thrones: A Day in the Life” Offers Insights and Clues
All That's Retro