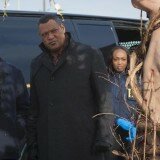 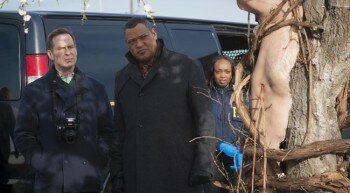 Hannibal is fast becoming one of my favorite dramas in recent memory. Each week, I find myself thinking about the latest episode whilst anticipating the upcoming episode. “Futamono” keeps the season 2 streak of great episodes alive with some excellent twisting and turning coupled with a killer ending.

I’m going to skip over the normal praises; the excellent cinematography; flawless acting; and impeccable dialogue. Instead, I want to focus this review a little bit on where this show is going, and its potential future. I hope, I mean I really hope, we don’t have to play the waiting game again when finding out about this show’s renewal status. The show is maintaining its slew of critical acclaim, but hasn’t seemed to pick up many new viewers. Sadly, Hannibal for now is still in the obscurity of late night NBC bias. I know the show isn’t for everyone, but plenty of people would probably love the show if they were more aware of it. There is never a ton of press or advertisement for it which certainly hinders things, but perhaps it’s the darker tone and brutal, unsettling violence that keeps people away.

Whatever it is, I can’t quite put my finger on it. Some people seem to have specific complaints about the show; too creepy; too talky; too many dissonant sound effects, but most people can’t quite figure out exactly what turns them off to it. My mother is a fine example of someone who loves Silence of the Lambs and is fine with violent television, but is somehow off-put but the more cynical approach taken in this series.

Nevertheless, for fans of Hannibal, the show is remaining in top form. What I loved most about this episode,however, was the fact that the lightbulbs are finally going up about Hannibal the Cannibal. As it finally dawns on Crawford and the forensic team that Graham isn’t the Chesapeake Ripper, next week’s episode promises to be a doozy.

In fact, the way they handled this entire episode was beautiful. Eddie Izzard gave a beautiful performance in this episode and is just begging for more screen time. Likewise, Mads Mikkelsen is seriously bringing on the eeriness. I can’t help but wonder if the show has plans for cancellation, and if they are prepared to have a solid ending should the worst happen.

While Graham finally turns the heads of those around him in the proper direction. I, and other viewers should try to turn heads towards Hannibal and it’s delectable blend of psychiatry, murders, and of course, food. This week’s episode may have been more of a setting of places, but in Hannibal even the setups are exciting.