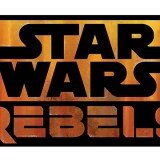 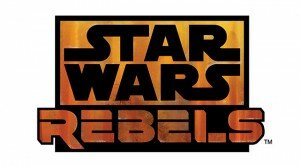 Jason Isaacs was best known for his role of Lucius Malfoy in the Harry Potter films. Now, Disney has confirmed that Isaacs will be joining the lineup in Star Wars: Rebels as a new villain, and it looks like a match made in heaven. Creepy! Isaacs will play a part in the Pau’an race, the Inquisitor who is in charge of tracking and killing Jedi’s after the Clone Wars.

The Inquisitor is the first character to be announced in the upcoming animated series. He was described as, “He’s cold, he’s analytical, he doesn’t get angry,” said Lucasfilm Story Group’s Pablo Hidalgo. “We all took care to make sure our villains have real presence and our heroes just can’t walk all over him. This isn’t like cartoons I grew up with in the 80s where you’d have the villain lose every week and yet every week we’d have to believe he’s some sort of threat. When The Inquisitor shows up, it means something significant and it’s a definite challenge for our heroes.”

How Natalie Dormer Wants Her Character Killed in “Game of Thrones”

‘Game of Thrones’ Alum to Star in ‘Frankenstein Chronicles’

Once Upon A Time Season 4 Episode 8 Review, “Shatter the Mirror”

Once Upon A Time Season 4 Episode 8 Review, “Shatter the Mirror”

Perhaps Rumpel can be redeemed by helping stop the Snow[more]

The agents have got a lot to sort through and[more]

Once Upon A Time Season 4 Episode 7 Review: “The Snow Queen”

Elsa is right, and Snow is right. Snow and Charming[more]

Once Upon A Time Season 4 Episode 6 Review: “Family Business”

Rumpel. PLEASE! Switch the daggers back while you still can![more]