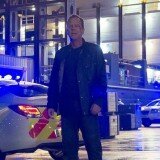 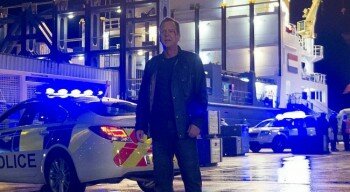 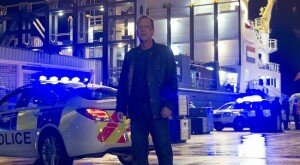 THE FOLLOWING CONTAINS SPOILERS BETWEEN 10PM AND 11AM!

Oh, I’m sorry, were you expecting the usual textual ticking clock cue at the beginning of this review? Yeah well here’s the thing, I’m writing this moments after the review wrapped up, and that takes an extra bit of focus to do correctly and I got a lot of feels and critiques to get through, so why don’t we just skip the fan fare for a bit, okay? Okay.

What the hell did I just watch?

I mean, seriously! Jack entrusted Kate to get Audrey to safety and Jack’s trust in people for this sort of thing is rarely misplaced. What was the point of having Agent Morgan successfully rescue Audrey from Cheng’s sniper in the first half of the final hour only to have her suddenly and unceremoniously gunned down by this out-of-nowhere chump, through a park fence, while she was surrounded by more CIA agents? Did the writers seriously just give us a short lived moment of triumph in the finale so they could make it that much more gut wrenching when they killed off the last major old loved one that Jack has outside of his family? Audrey even got shot in the gut in the same way that Renee did! The writers could have at least mixed up that detail, and had the decency to not yank the rug out from under our feet. I think we’ve learned enough that having Jack Bauer get attached to you is about the most dangerous thing that could ever happen to you in the world of 24.

At least we got to see Jack Bauer go ham like only Jack Bauer could on Cheng and the Russians. Catching up to Cheng’s escape boat with Belcheck and heavy decked out assault rifles and using satellite surveillance from a picked up Chloe, they board the boat and split up to take out the engines and the bridge. Then Morgan calls with the bad news. Jack is visibly broken for a moment. It even looks as though he’s going to end it himself when he lowers his rifle and draws his pistol up to his head.

But then the hurried footsteps of the mooks are heard over head and the fire of vengeance kindles in Jack’s eyes. He unloads his whole clip at the stairwell overhead, then sneaks towards the bridge, instantly putting down goon after goon, even with a thrown meat cleaver, ‘cause as we all know, the thrown knife all ways lands, edge forward. Jack’s rampage to Cheng includes everything thrown knives to the throat to emptied clips to beheading Cheng with the words “This is for Audrey, you son of a bitch!”

OFF WITH HIS HEAD!

Fortunately, Jack had the presence of mind to get Cheng to declare himself, along with facial recognition to the CIA, before killing him. All throughout this chase, Chinese Air and Naval forces draw ever closer to the US military perimeter of Okinawa. The CIA confirms Cheng moments after before the engagement begins and Heller gets on the line to President Wey. Wey and his people look at the transmission and indeed admit that it looks like Cheng. They agree to Heller’s urging to withdraw, on the condition that Heller agree to discuss reparations for the sinking of the Shenyang. Heller agrees, grateful to have averted a full scale war.

Then the president’s staff let him know what they were informed of moments ago. Audrey is dead. Taken out by a sniper. That’s impossible, Heller protests, she had a full secret service regiment with her. They were taken out too, they say. Heller can’t take it, he collapses on the floor of the CIA conference room.

Back at the dock, Jack and Belcheck try to recover Chloe, who they lost contact with midway through their raid on the boat due to disrupted communications. They get back to the room where she was set up but find nothing. Her chair has been flipped and there are small blood stains on the floor.

Jack steps outside, screaming for his last good friend. Then he gets a call, and we immediately know it’s someone who has Chloe. We don’t see who’s on the other line, but Jack agrees to a meet.

When we return from the next commercial break, it’s 12 hours later and where we catch up with Kate who’s finishing her report for acting Station Head Eric Ritter. Ritter tells her not to blame herself for what happened to Audrey, but that doesn’t make it any less hard as Kate resignedly sets aside her pistol on her desk.

Is she still going to be decommissioned for her insubordination earlier yesterday? We don’t know.

Meanwhile Mark is being held at CIA, obviously heartbroken with the news of his wife’s death. His grief is undoubtedly exacerbated by how he left things with Audrey and his suspicion that she still loved Jack. At least she never discovered his efforts to hand Jack over to the Russians, even though he still in military custody and being transferred back to the States. He manages to ask about the President, but Ritter isn’t able to give him an indication as to how he’s coping.

There’s a funeral procession for Audrey Boudreau as the US delegation boards Air Force One. Prime Minister Davies is here to pay his respects, saying feebly to Heller that he’s so sorry for his loss, that he can’t imagine what he must be feeling. If there’s anything at all he can do, he says.

Heller just stands by the side of the procession, looking unnervingly casual. “There’s nothing you can do,” he says, “nothing any one can do.” “Before we left for London,” Heller continues, “I saw this picture of a beautiful woman on my desk. I knew that that picture had been there forever, but for the life of me I couldn’t remember her name. 10 seconds, 15 seconds, then I knew, Audrey….I’m not going to remember anything I’m not going to remember I had a daughter, or that she died a horrible death.”

Heller joins the procession and carries the head of his daughter’s flag-draped coffin onto Air Force One. Seriously, I would have been happier with Heller genuinely sacrificing himself to Margot Al-Harazi in exchange for having Audrey survive. This is #@$%ing unbearable. At least Jack knows that Audrey didn’t blame him for anything, and he honored her last request. Do what you have to do with Cheng, then kill him.

Finally we catch up with Jack in some abandoned construction sight, with Belcheck and Jack pulling up to a helicopter, surrounded by armed men and covered by snipers. Jack demands that Chloe walk out to him first. Chloe pleads with Jack that he doesn’t have to do this. But very few people can change Jack’s mind, not even his best friend, not this time.

Jack asks Chloe to check on his family when he can before clasping Chloe’s hand one last time. Jack growls to the Russian leader that if he harms Chloe, he will tear his whole world apart and he will never see it coming.

“We just want you, Bauer.” He answers calmly, “I’d say you’re going to enjoy Moscow, but you know I’d be lying.” Belcheck urges Chloe to get in the car as the Russians fly off with Jack, finally taking home their number one wanted man.

This seems like way a way too unceremonious end to the entirety of 24. Too quick a shooing away of Jack Bauer, too many characters with untapped pathos and development left explore. Also, the time jump forward for the final ten minutes of the season felt cheap. You seriously expect me to believe that in the intermittent 12 hours between killing Cheng and the next morning that Jack couldn’t or wouldn’t do anything to try and get Chloe back without handing himself over? This is Jack Bauer we’re talking about here! Chuck Norris couldn’t tie Jack Bauer’s shoe laces!

But, in all honesty, it was a good finale. Just a frustrating one, like at the end of Serenity when Wash gets suddenly impaled, because Joss Whedon is a cruel, brilliant bastard. It feels like there could be more great plots and development wrung out of 24: Live Another Day or at least that this isn’t the final, final hour that this series and these characters deserve. I’m just not sure, from watching the finale, the producers feel the same. I know I’m not the only fan that enjoyed this finale but would not be satisfied with this hour as an ending, once and for all, for 24. We’ll just have to wait and see for any word on whether the instantly recognizable clock may tick, yet again.