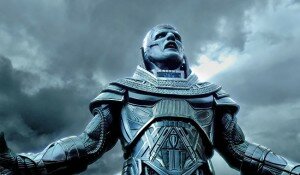 The X-Men film franchise has a long history of providing quality superhero films with just a few misfires. The newest addition to the series, X-Men: Apocalypse, unfortunately fits in with X-Men: Last Stand and Origins: Wolverine as some very low points in the X-Men universe.

The first hour of Apocalypse is a dry and poorly delivered mess. Too time is spent reintroducing us to characters that we are already familiar with. Granted, most of these characters are now played by different actors; Storm, Cyclops, and Jean Grey fit into this group. But with Apocalypse being the eighth X-Men film (ninth if you count Deadpool) and sixth in the main series, it’s hard to believe that there is anyone watching the movie who is unfamiliar with these characters. Thus, the first hour of the film is somewhat of a waste. Pacing issues plague Apocalypse from start to finish, but this is most prevalent in the first third of the movie.

In fact, the opening portion of the movie is very similar to another disappointing superhero flick from earlier in the year: Batman v Superman: Dawn of Justice. Both movies begin with extremely unnecessary character introductions and waste time revealing information that may seem important, but ultimately leads nowhere.

The sheer number of characters in the movie is another major problem. There are no less than eight heroes and five villains fighting each other throughout the movie, as well as various side characters, which makes for a very full cast. A large cast isn’t a bad thing by itself, and other superhero movies like The Avengers and Captain America: Civil War have handled their respective overpacked casts very well. But Apocalypse can’t find a good balance between too much and not enough. Mutants like Cyclops and Mystique receive far too much screen time, while the films lesser villains (Storm, Angel, and Psylocke) seem to hardly even make an appearance.

Poor characterization is never more evident than with the titular villain, Apocalypse. His motives are, at times, unclear. And some of his “evil” plans actually, logically, seem pretty morally just. This leads to, yet again, another underwhelming, underused, and overconfident Marvel villain.

Even with bad pacing and poor character development, the film could have been saved by strong performances by its large number of A-list actors. James McAvoy and Michael Fassbender are great, and that’s no big surprise. Their chemistry and acting skills have been some of the highest of high points since 2011’s First Class. But Oscar winner Jennifer Lawrence seems bored throughout the entire movie, and doesn’t play the character of Raven/Mystique with the same charisma and enthusiasm as she has done in the past. Similar to Lawrence is franchise newcomer, Sophie Turner, known for her role as Sansa Stark in Game of Thrones. She, too, is dull, and her version of Jean Grey lacks any real emotion.

You’d think, with everything I’ve said so far, that Apocalypse doesn’t really have a lot of positive facets to offer to audiences. But surprisingly, even with its many downfalls, it still has a lot going for it. Once things finally get rolling after the first hour, the movie picks up and begins to work on redeeming itself. The very best scene comes from Quicksilver, who stole the show in Days of Future Past with his super speed and quirky antics. He’s at it again in Apocalypse, but this time, rather than breaking Magneto out of a high security prison and then disappearing, he actually is the focus of a lot of the movie as he saves the day again and again, and of all the many characters in Apocalypse, Quicksilver is treated with the most care. He alone may make the film worth watching.

Indeed, Apocalypse is at its best once the proverbial bullets start to fly. Characterization might be shallow, acting may be unbelievable, and many of the CGI-laden moments of the movie don’t live up to modern standards of animation. But when all’s said and done, Apocalypse is an action movie, and in this regard, it delivers. Many of the action sequences are as entertaining, maybe even more so, than those in previous X-Men films.

Of particular note is a gratuitous cameo featuring everyone’s favourite mutant and franchise cash cow, Wolverine. As dark red blood spatters cover the walls wherever Wolverine ventures, Hugh Jackman’s cameo does a lot to keep the momentum of the film pushing forward after the slow opening, and also serves as a stage-setter for the darker, bloodier, and R-rated upcoming Wolverine 3.

If you’re expecting X-Men: Apocalypse to blow you away, then you will probably be disappointed. But it’s certainly not the worst superhero film of the year, nor is it the worst in the series. It still stands tall above the other less-impressive X-Men films, and also provides an important lesson for future X-Men movies to learn:

Less is more. There are hundreds of mutants that could be included in each movie, but that doesn’t mean they all need to be. It’s apparent that director Bryan Singer wanted to show off as many fan favorites as possible, but in so doing, left most of them high and dry. It is better to gradually introduce or reintroduce a few characters over the course of a few films rather than just throwing them all in at once.

Apocalypse is definitely worth watching, and may have been considered a great superhero movie ten years ago. But cool action and awesome powers just doesn’t cut it in the superhero genre anymore. You need great characters and a great story, and it’s here that the movie falls shortest.