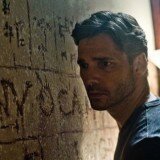 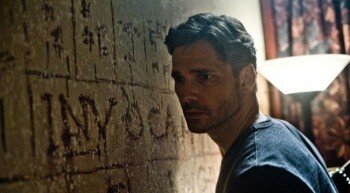 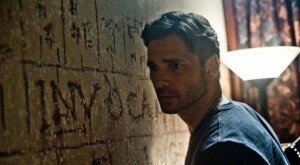 A lot of film critics, though they may not emphasize it, tend to have one or two genres they are exceptionally well versed in. The way a car maniac may have a favorite make and model, a car they know just a bit more about than the average car fanatic. For myself, horror has always been the genre I have a tremendous amount of love for. It’s also the genre I tend to be the most forgiving towards as I have to sit through about 10 bad ones to find something that’s at least half way different. The flood of horror movies both mainstream and independent has fluxed wildly in recent years as most people can muster up some amateur actors and good effects wizard. Just this morning, I watched a great little independent film called Found, which was made for a scant $8,000. It made most of the mainstream films I saw this year look like child’s play by comparison.

By and large, 2014 has been a disappointing year in terms of horror. The Marked Ones was on the better side, but mostly for its sense of humor. Devil’s Due was just terrible. The Quiet Ones was generic, and Oculus was just a straight ahead misfire. I must admit that I didn’t have a ton of hope for Deliver Us From Evil. The cast was great, lead by Eric Bana and Edgar Ramirez, and the director, Scott Derrickson, has done some decent work in the past, but the trailer didn’t grab me and the whole concept just seemed a little far fetched being billed as “based on a true story”. I went in thinking this would be another dull exercise in form.

Fortunately, the film turned out to be a fairly decent film. I won’t try to pretend as if we’ve never seen this basic set up before. Man experiences strange occurrences, doesn’t believe, stranger occurrences, still doesn’t believe, then ends up seeing something so irrefutable that he becomes a full on believer by the end. It is a familiar story, and it does borrow from everything from The Exorcist (both start off with a curse from the desert) all the way to Se7en (which also follows a similar cop story arc). To be quite honest, nowadays I don’t expect much in the way of originality from horror movies. It’s not impossible, but only about 1 in every 100 horror movies actually delivers an original story line. Even the best films in recent memory like The Conjuring or Sinister pay a high amount of homage to films of the past. I’ve gotten to the point where I’ll take competent storytelling and technical aspects over misfired originality.

Deliver Us From Evil follows New York City cop Ralph Sarchie (Eric Bana), who is in fact based on a real person, as he begins to investigate a series of strange murders that all have to do with an American ex-soldier. Sarchie’s philosophy at the start of the film is, “secondary evil”, things that humans do that can be explained by reasonable means, but when things start to happen that simply go beyond explanation, he starts to believe in something much greater, or as the junkie turned priest Mendoza (Edgar Ramirez) puts it, “primary evil”. The two end up teaming up to investigate what happened to a group of 3 soldiers in the desert’s of the middle east.

I wouldn’t say Deliver Us From Evil is a great film exactly. It relies too heavily on certain cliches for that. What does make it good, though, is the fact that it does attempt to build up an atmosphere and multilayered characters. While most recent horror falls in the 90-minute run time range, Deliver Us From Evil sits at a well put together 2 hours. Instead of jumping right into scares, we see Sarchie develop as a character. He’s a family man, he’s loyal, he’s skeptical and hard pressed against religion. On the other side, we find out that Mendoza used to be a drug addict who found religion as a way of helping others while also helping himself.

The heavy religious themes were to be expected, as this is an exorcism movie at heart. The final scene where the two perform an exorcism in an NYPD interrogation room was well played out and had a delightful undertone about police brutality. I had a hard time believing that half of these scenes actually happened but, from what I’ve read, the overall progression is indeed similar to what happened to Sarchie. Faith does play a big part in the outcome of the film and led Sarchie in real life to retire from the police department and to become a respected demonologist. He actually worked in real life with Ed and Lorraine Warren (the investigators that helped inspire The Conjuring). I can’t say the movie is going to be for everyone, especially non-horror fans. I will say that if you are a horror fan and you’ve been disappointed by this year’s middling offerings, Deliver Us From Evil should be a welcome change of pace. It’s nice to see a non found footage, character driven horror film for a change. Against all of my expectations, it is sitting atop my favorite mainstream horror list this year.

Give the movie a chance, but don’t go in expecting something amazing, or even super scary. Deliver Us From Evil is meant as a hybrid cop and exorcism film. While it may not be original, it’s overtly confident and well put together. For me, that’s more than enough.