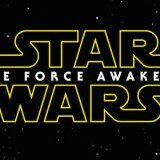 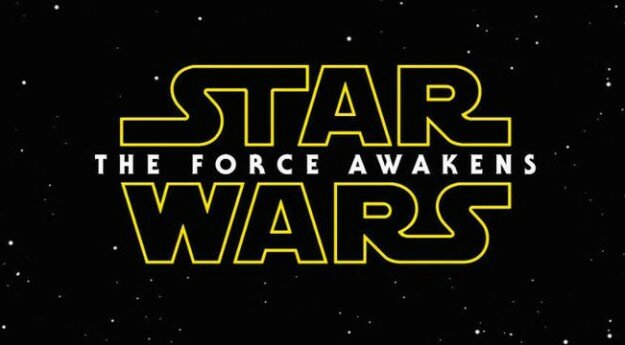 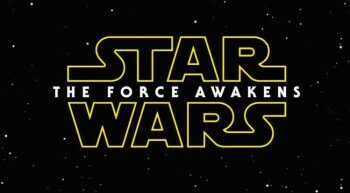 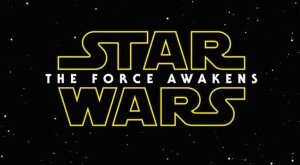 The wait is over. The most anticipated movie of the decade is finally here, and The Force has awakened. Is it worth the wait and the hype? Is it everything that we want it to be? And, most importantly, is it better than the prequels? All these questions will be answered, and more, in as spoiler-free a manner as possible.

The opening title crawl, fittingly beginning with the infamous blaring horns of the series’ theme song, tells us that following the dismantling of the Empire, Luke Skywalker has gone into hiding after a failed attempt to begin a Jedi training academy. And though the Empire was destroyed, a new, evil organization known as the First Order has risen from the ashes. Their singular goal is to destroy the last remaining Jedi (to their knowledge) in the Galaxy — Luke Skywalker.

The plot explains Luke’s obvious absence from the movie’s trailers, and gives Episode VII a fun ‘race against the enemy’ feel. But if you delve deeper into the plot and the events of the film, similarities between this movie and Episode IV become very apparent. Both films feature a tyrannical force with a giant space station capable of instantly destroying nearby planets. And, in both films, the goal of each respective rebel force is to destroy said space station. 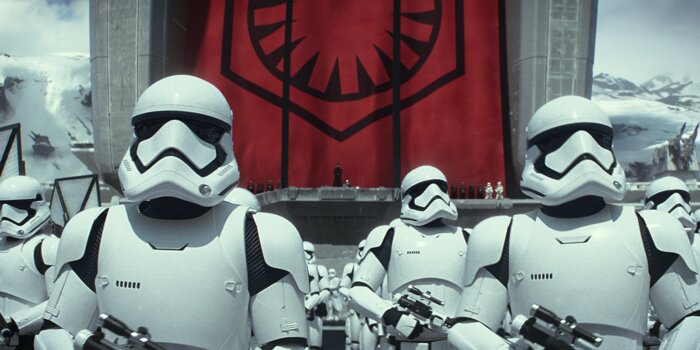 To some, this might seem like a very bad case of unoriginal plot recycling. But with new locations, fresh characters (which we will get to momentarily), and great writing, it feels like a great homage rather than a copycat.

Right from the start, The Force Awakens clearly defines who is good and who is bad. As Stormtroopers barge into a small village on the planet Jakku and begin to slaughter innocent people at will, it’s clear that the First Order is much more threatening and violent than the Empire.

The harsh violence and oppression by the First Order clearly cement the idea that this is an organization to be feared, and they deserve no sympathy. Perpetuating this emotion is Finn, a Stormtrooper who, upon seeing the mindless killing performed by those around him, decides to flee the First Order and become his own person; an independent thinker.

The idea of a Stormtrooper having thoughts, feelings, and a distinct personality is a new one to the Star Wars universe, and Finn isn’t the only one to possess such qualities. The general Stormtrooper population shows fear, anxiety, and, at times, can also be quite funny.

In fact, nearly every character who appears in the film, whether they play an important role or not, has a strong and identifiable personality. Take the new, cute, and highly publicized droid, BB-8 for example. Although he speaks an unintelligible language, it is clear with nearly every blip and whistle what the little droid is trying to convey. He has feelings, thoughts, and input as poignant and valuable as any other character in the movie. This trend extends to just about every character who we see, and the idea that such a large cast of characters can each have distinct personalities really lends credit to the writers and shows their talent. 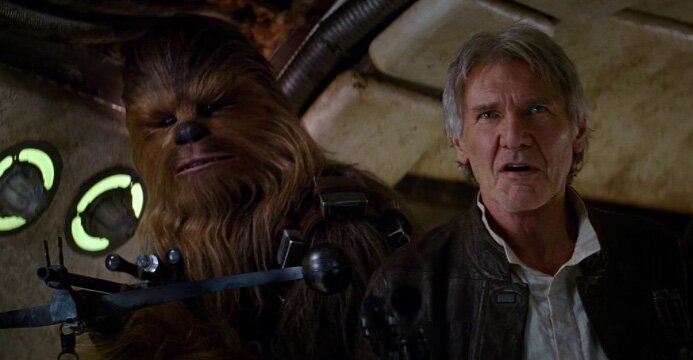 As expected, fan favorite characters like Han Solo, Chewbacca, Leia, C-3PO, and others make appearances. Each introduction to a classic Star Wars character is treated with reverence, but also suits each character individually. For example, Han and Chewy make their first appearance in the corridors of the Millennium Falcon (to much applause and cheering). C-3PO makes a comedically poorly timed and bumbling first impression, and Luke’s brief screen time at the very end of the film is chilling and almost surreal.

But even more important than seeing the characters that made Star Wars an international phenomenon thirty years later are the new characters: Finn, Rey, and Kylo Ren. These three make up the true narrative of The Force Awakens, and each provide individually memorable and captivating performances. John Boyega is hilarious and intense as Finn, Adam Driver is a perfect intimidating and threatening villain and Daisy Ridley is enchanting, honest, and earnest in her starring role as Rey.

The decision to cast virtual unknowns to play the film’s lead characters is a risky one but pays dividends. Not having seen Boyega, Driver, and Ridley on-screen before Episode VII makes you want to get to the characters even more than you would otherwise. You already know Han Solo and Leia. To be honest, all they have to do to please audiences is show up. But the new characters, Finn, Rey, Ren, and also Poe Dameron, are a joy to discover, and each little bit of backstory and information that is discovered feels like finding a long sought-after piece of an immensely intricate puzzle. 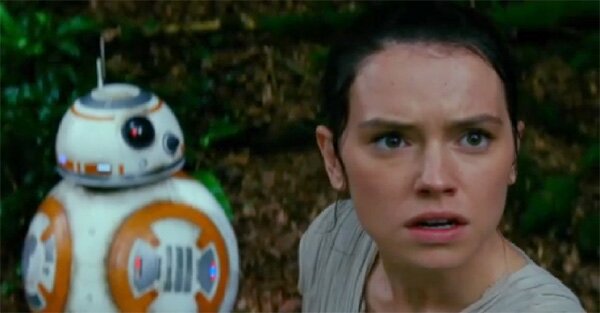 The characters are the driving force behind the movie, and that may well be the reason that The Force Awakens is so great. Is there great action? Absolutely. Is it, by far, the funniest entry in the series to date? To be certain. But at the heart of the movie is the story of a group of lovable and relatable characters thrust into the heart of a brutal interplanetary war. Their struggles feel real; their triumphs feel genuine; their sorrows are crushing.

Continuing on the theme of a new-age homage to the classic Star Wars films, Episode VII features a relatively small number of locations and planets, all of which feel familiar but exciting. Whether it’s the Tatooine-esque landscapes of Jakku, the deep forests reminiscent of Endor, or the snowy expanse that is nearly indistinguishable from Hoth, great care is taken to ensure that each set feels authentic. Gone are the awkward, green-screened backdrops of the prequel films in favor of traditional physical sets and locations. This should go without saying, but that is truly a wonderful thing.

By and large, the Star Wars prequel trilogy suffered from four major flaws: Poor acting, poor writing, poor set design and animation, and over-complication. And in Episode VII, it’s as if director J.J. Abrams made a list of every single detail and issue that bogged down the prequel films, and did everything in his power to avoid all of those things.

The film is written, dare I say it, perfectly, and the talent of both the young and experienced actors shines as they bring each character to life. The real-life sets make each scene feel much more genuine than any of the prequel films could ever hope for, and the plot is interesting yet simple and familiar.

Underlying the entire movie is a brilliant score by long-time series composer and film legend John Williams. The score isn’t as instantly recognizable as past films, but it wisely uses bits and pieces of previous Star Wars scores throughout, to enhance the sense of familiarity and bring cohesion to the series, binding Episode VII to its predecessors. Notable inclusions are, of course, the main theme, Han and Leia’s love theme, and the Force theme. 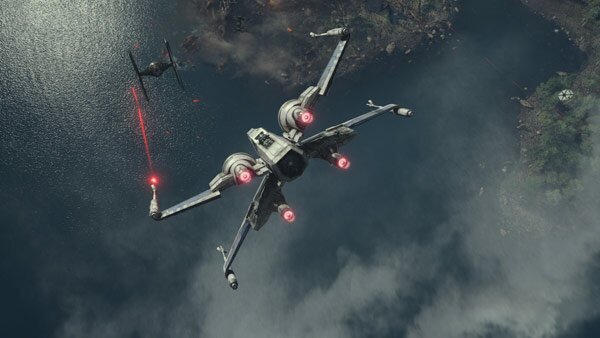 Lastly, what good is a Star Wars movie without its iconic brand of action? The Force Awakens delivers action in spades, and leaves little to be desired. In Hoth-like fashion, many of the airborne battles take place not in space, but in close proximity to planet surfaces and civilization. These battles are creative and intense, and will keep you guessing and entertained.

For fans of lightsaber duels (so, everyone), there are essentially two showdowns. While this may not seem like a large number, keep in mind that the original trilogy didn’t feature very many lightsaber fights either, and in keeping with the theme of a modern, original trilogy style film, two duels seem appropriate, and even welcome. Not to mention, the gritty and ferocious quality of these fights more than makes up for the quantity.

When The Force Awakens finally draws to a close, you will find yourself wishing there was more. So much more. I didn’t want the movie to end. It’s a perfect return to form for the Star Wars series, and is a armrest-grabbing, pulse-pounding adventure from start to finish.