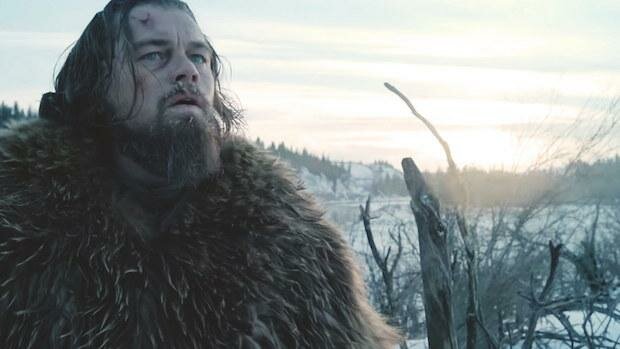 He’s played a famed filmmaker in The Aviator, an undercover cop working to infiltrate an Irish mafia in The Departed and a notorious stockbroker in The Wolf of Wall Street; and still none of these roles have been enough to earn megastar and Scorsese veteran Leonardo DiCaprio an Oscar. Now, with the release of his latest film The Revenant, the time may finally have come for good old Leo.

Beyond its star-studded cast, much of the hype surrounding this film has to do with its Academy Award-winning director Alejandro G. Innaritu. Coming off the widely acclaimed 2014 Best Picture winner Birdman, Innaritu delivers a vastly different film this time around, but which nonetheless further showcases his commitment to his art and inexplicable flare for visual storytelling.

The Revenant takes place in the early 18th century as legendary American frontiersman Hugh Glass (DiCaprio) leads a fur trapping expedition, which is soon interrupted by a hunting party of Arikara Native Americans. Following this devastating attack, things take a turn for the worse when Glass narrowly survives a grizzly bear mauling.

As the company’s captain Andrew Henry (Domnhall Gleeson) carries on with their mission, he orders two of his men to stay behind with Glass and his son and give him a proper burial once he dies. One of these men is John Fitzgerald (Tom Hardy), an all around scumbag with an agenda of his own. Upon slaughtering Glass’ son Hawk (Forrest Goodluck), he buries Glass alive and leaves with the other man Jim Bridger (Will Poulter) to return to their company. Yet when Glass survives, his thirst for vengeance will carry him across the Dakota mountains and ferocious winters, all the while the Arikara remain hot on these men’s trail.

From the opening battle scene all the way to its conclusion, the film is an electrifying display of visual effects and eye-popping scenery. Innaritu reunites with Gravity and Birdman cinematographer Emmanuel Lubezki to deliver another highly cinematic experience. Whereas Birdman acquired critical attention for being shot and edited as though the entire film were an extended tracking shot, Innaritu’s notable visual technique in The Revenant is to use predominantly natural lighting versus artificial, a tactic which no doubt pays off as it makes the film all the more visceral.

Yet despite the revenge thriller plot line and brutal fight sequences, The Revenant comes across as a bridge between Hollywood blockbuster and arthouse cinema. Whereas Birdman is an arthouse film through and through, The Revenant delivers a more straightforward western narrative layered with indie film elements. Innaritu and co-screenwriter Mark L. Smith structure the story in such a way that scenes of bloody violence are followed by extended sequences of quiet reflection and insight into Glass’ character. This is particularly interesting as there are three other 2015 films garnering substantial Oscar buzz –The Hateful Eight, The Big Short, Steve Jobs– which each put heavy emphasis on rapid dialogue. Over the course of The Revenant‘s two and a half hour runtime, characters speak only when necessary and the majority of DiCaprio’s lines are spoken when the character is either starved and exhausted or burning with rage.

That said, though the pacing is at times a bit lackluster, both the film’s visual elements and stellar performances will leave viewers with plenty to immerse themselves in. I think it’s safe to say that if Leo doesn’t win this time, he never will. Moreover, he truly deserves Best Actor for his work here. Whether it’s his physicality as his character struggles to lift himself after being buried in a pile of dirt, or his intense facial expressions as he lashes out at Fitzgerald in the climactic finale, DiCaprio’s performance goes so far as to exceed his best work in films like The Wolf of Wall Street and Django Unchained. Yet, whereas many of the characters he’s portrayed in previous films have been more charismatic and worldly figures, Glass is a truly lonesome individual whom DiCaprio brings to life flawlessly.

Hardy however once again portrays a gruff, grunting, ruthless character type, much like he did in The Dark Knight Rises and Mad Max: Fury Road. This is not a criticism, though, as he plays these kinds of characters perfectly, making Fitzgerald the merciless antagonist which a film as brutal and relentless as The Revenant needs, which is all the more accentuated by Hardy’s screen presence.

As it opens with a bang and maintains that furious level of energy and brutality to the end, The Revenant is a more than satisfying successor to Birdman, as well as a major hit for its leading actors. Though not as monumental and electrifying as Innaritu’s last film, it’s one cinephiles everywhere need to see and will no doubt be a major contender at the Oscars.