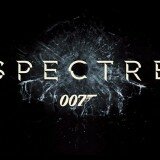 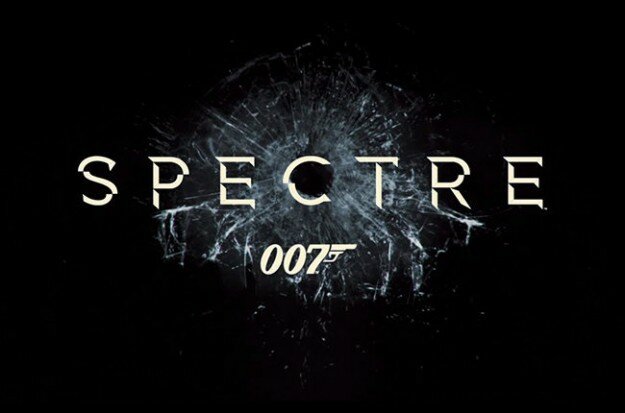 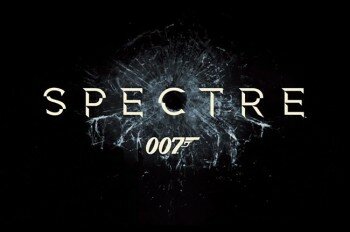 James Bond’s latest outing, and twenty-fourth in total, asks one very important question: Can the Bond that we have come to know and love survive in the modern world? And I don’t mean physically survive; of course he could. What I mean is, if Bond were to follow the path he is currently on, in terms of his personality, lifestyle, and occupation, would be still be as enticing in ten years as he is today?

To answer this question, and to show that Bond can still be relevant, director Sam Mendes puts forth a brilliant film that focuses on many aspects that bring Bond into the modern age. The stage for this transformation has been set over the last few films. Having a young, nerdy Q and an eighty year-old Bond Woman (let’s be clear, Judi Dench is not a Bond Girl. That role is beneath her) have helped to revolutionize the 007 franchise.

But Spectre feels truly evolved. Bond’s capacity to love is once again brought into question, helping him to feel human again. The relevancy of spycraft in today’s geopolitics is greatly explored throughout the movie. Add actors like David Bautista and Andrew Scott, who have both become well-known stars from their appearances in Guardians of the Galaxy and Sherlock, respectively, into the mix, and Spectre is prevented from feeling like just another Bond film. It’s a Bond film for the Marvel fans who fell in love with Drax It’s a Bond film for those who are still (still…) waiting for Moriarty’s epic return. It is, indeed, a Bond film for everyone.

Now, this isn’t to say that Spectre is completely breaking out of the typical 007 shell. In fact, in many ways, it’s one of the most James Bond-y Bond films ever. The closing scene of Skyfall ushered in a new era of Bond; one that would see the series return to its origins. Spectre does this masterfully. There are plenty of throwbacks and homages to past films, and there’s a little bit of each Bond actors’ personality in Daniel Craig’s performance. You see Connery’s smugness, Lazenby’s tenderness, Moore’s goofiness, Dalton’s ferocity, and Brosnan’s gentlemanly mannerisms.

Epic Lifestyle: How to Become James Bond in 3 Easy Steps

For example, the opening scene takes place in Mexico City during a massive Day of the Dead festival, which already pays homage to Live and Let Die. Following a phenomenal, five-minute scene in which a single camera follows Bond as he walks throughout the city, 007 finds himself on a rooftop, gun in hand, target in sight. As he sees his target about to take a drink, he mutters to himself, “bottoms up.” These kind of quick quips haven’t been seen since Brosnan, and when they aren’t overdone, they are brilliant.

Another underlying theme that is explored throughout Spectre is Bond facing the sins of his past, and the opening credits do a good job of introducing this topic. The first half of the credits, as to be expected, is full of scantily-clad women who dance provocatively. Then, suddenly, the screen gets dark, and images of Vesper Lynd, Le Chiffre, Mr. White, Silva, and M (Judi Dench’s M) float across the screen. Without spoiling too much, even just from watching the credits, it’s clear that Bond’s mistakes will come back to haunt him. And they do, with chilling force.

But now, let’s get down and dirty with Spectre and talk about the moments that are great, and times when the movie falls just a bit short. One aspect of the film that I found interesting was that it was the first time in a very long time that I wasn’t quite sure if Bond would succeed. Or, if he did succeed, if it would be an altogether happy ending, or something a bit more morose like Casino Royale. There is an overwhelming sense of tension, eeriness, and desperation throughout almost every scene. There were moments when, cliche as it may seem, I was actually on the edge of my seat.

A lot of the dread is delivered by a powerful performance from Christoph Waltz. As Spectre’s head and Bond’s nemesis, we shouldn’t expect anything less from Waltz. And he does not disappoint. I am hesitant to use the words “best” or “favorite” when writing any review, but I think it’s safe to say that the villain portrayed by Waltz is my favorite Bond villain of all time, with Le Chiffre as a near second.

Waltz has this creepiness surrounding his character that, in a strange way, reminded me just a bit of Heath Ledger’s Joker. You just feel like something is not quite right with the guy, and that pays off in the end. There is a moment during a massive plot reveal involving Waltz’s character that gave me goosebumps and shivers. He is just that good.

But as good as Waltz is, his evil organization just doesn’t really seem that evil. I mean, yes, there are references to their plot to take over the world, but you never actually see them do anything truly wicked. Granted, Bond thwarts at least one of these attempts, but it feels like a corrupt body of terrorists would be a whole lot more malicious.

Bautista is good, not great, as Spectre henchman Hinx. Hinx is a very Jaws-esque character. He doesn’t have any speaking lines as far as I can remember (there may have been one or two, but nothing significant), and his brute strength poses a legitimate threat to Bond. A fight scene between the two of them on a cramped train is one of the most intense, hard-hitting fight scenes in any Bond film.

And let’s not forget the new Bond Girl, Madeline Swann, played by Léa Seydoux. Like Bautista, Seydoux plays her role just fine, but is nothing exceptional. She is a strong character who often tells Bond, and backs up her statements, that she doesn’t need him. The blossoming romance between Swann and Bond seems a bit forced and entirely too rushed. It doesn’t help that Swann doesn’t actually show up until nearly halfway through the movie. Perhaps if she made an earlier appearance, the love story would feel more natural. But when the time comes for her to drop the L-bomb on Bond, it just feels out of place.

The returning cast of Ralph Fiennes, Naomie Harris, and Ben Whishaw are great. I loved Fiennes in his limited role during Skyfall, and he gets right into the action as M this time around. Harris and Whishaw, as to be expected, are great sidekicks and aids to Bond when he needs it. And, of course, Daniel Craig was brilliant.

Early into the movie, I noted some especially unsatisfactory sound mixing. On occasion, certain moments just didn’t sound right. A character’s bones snap, and you hear nothing. Bond drives his low-riding car down a steep flight of stairs, and you see the car grinding against the staircase, but no accompanying sounds are audible. This might seem nitpicky to some, but there’s a reason that great sound mixers get Oscars. And that reason is that sound matters.

Also disappointingly, more than once, I felt that some of the special effects, scenes with a green screen in particular, looks especially poorly done. This is a shame, considering the caliber of other special effects and stunt work. In once scene, Bond is fighting a Spectre member inside an out of control helicopter. In some shots, it’s clear that the actors are actually fighting on an airborne chopper, and those shots looks wonderful. But in others, the background looks so strange, it really takes away from the action. This happens again at the end of the film during a boat-driving scene.

But let’s end on a positive note, shall we? A very welcome addition to Spectre is humor! There have been traces of it, here and there, over the past three movies. But as I mentioned before, Spectre feels very much like a classic Bond film, and that includes just enough cheesy jokes and campy one-liners. Bond falls from a perilous height and lands comfortably on a couch. He fumbles with his car’s gadget controls in during an intense chase, only succeeding in turning on some ill-timed Frank Sinatra music. There are plenty of laughs to be had, but they never overpower their respective scenes. Good on the writing staff, and Craig, for being able to deliver a powerful blend of quick comic relief and intense action.

Spectre gives you everything you’d expect from a Bond movie. Slick cars, beautiful women, breathtaking vistas and locales, great action, and as many shaken vodka martinis as you could hope for. Whether it is as good or even better than Skyfall or Casino is entirely a matter of preference. Personally, I think it’s at least as good, perhaps better. There are a few disappointing aspects of the movie, but as a whole, Spectre does not disappoint.