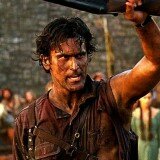 Bruce Campbell Wants to Make ‘The Expendables’ of Horror Movies 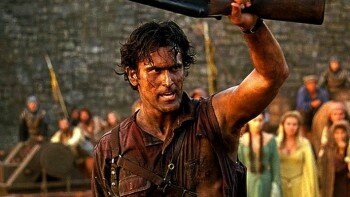 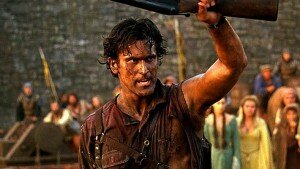 Bruce Campbell is best known for his cult-star-making turn as Ash in the original Evil Dead films. Despite many other projects, Campbell has shown himself content to bask in the residual glow of his role as the horror hero, even planning to star in the new Evil Dead TV series.

Campbell is aiming to keep the party going with a possible horror movie version of The Expendables, the film franchise famed for uniting aging action stars in one (now three) action film. According to MovieWeb (via Dread Central), the star again indicated his interest in making the horror equivalent.

“I’ve always wanted to do the Expendables of horror type movie,” Campbell said. “Because I always run into all my horror buddies at conventions. It would be fun to do a movie that pretty much has all of them in it.”

When asked if he was actively pushing to make the project happen, Campbell said, “Yeah! Never say never. I have a script that I’m working on that would pretty much be that. It’s not ready to share at this point. It’s in the pipeline I guess you could say.”

How Will Batman be Used in “Suicide Squad”?
All That's Retro
Search: