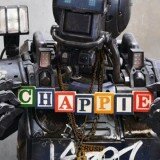 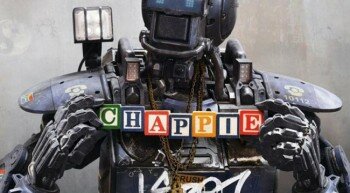 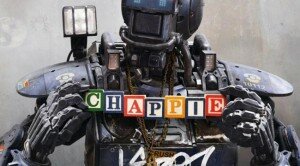 Chappie, the character, is a triumph. The same, unfortunately, cannot be said for the movie named after him. Neill Blomkamp, whose sci-fi shtick feels more familiar with each outing, directs a film that could have been great, were it not clogged with soured leftovers from his other films and detestable, one-dimensional characters. For a film about humanity, Chappie is surprisingly lacking in humanity.

The storytelling begins with some lazily-related world-building through mockumentary, employed more effectively, but still inconsistently, in District 9, where we learn of the state of this world — South African metropolis Johannesburg (again, a District 9 holdover) has become the first city around the world to employ mechanized police forces, called Scouts, to combat rising crime rates. Their inventor Deon (Dev Patel, trying to give life to an empty character) aspires to create more than cop-bots. His goal is true artificial intelligence.

When he finally works out the kinks of his AI program, he hijacks a deactivated droid from the weapons manufacturer where he works. Before he can even install the program in the empty vessel, he’s kidnapped by a trio of vile gangsters hoping to use Deon’s tech prowess to their own ends — they want a police droid of their own to ensure the success of an upcoming heist.

Enter Chappie, a brand new consciousness struggling to understand the world around him in the five-day life span his busted battery affords. The character may very well annoy other viewers (one critic compared the character to an updated Jar Jar Binks), but I found the scenes focusing on his development to be the most affecting in the film. Blomkamp finally makes good on the promise of his premise, and these scenes reflect glimmers of decency in a world otherwise so aggressively, cartoonishly unpleasant. So much credit is due to the effects that bring the character to life and the affecting vocal performance by Sharlto Copley (a Blomkamp holdover I don’t mind). I’m confident many will find Chappie grating, but I found the naivety, and even the learned gangster posturing, endearing and fitting to his developmental stage.

The thoughtfulness and the pathos of the scenes populating the second act of the film regrettably give way to mindless action. Both ends of the runtime are weighed down with obnoxious, over-the-top action sequences that ruin the tone occasionally established in those quieter moments, when the characters and the camera settle down for a moment to reflect.

Not much can be said for most of the characters, either. While Patel’s role is as vanilla as they come, Chappie’s fill-ins for mommy and daddy (and, to a lesser extent, uncle) are simply gangster caricatures whose only depth comes from how they relate to Chappie. Not even that can be said for Hugh Jackman, here filling the shoes of Elysium‘s Jodie Foster as the heavily-accented super villain. His character is ruthlessly motivated to shut down the patrolling droids, thereby creating chaos and forcing the government to use his defense technology instead (a shameless rip-off of Robocop‘s ED-209), but he may as well be cackling over a cauldron for all the depth allowed to him.

If you can manage to sift through the third act’s frustrating combination of fast-paced explosions and slow-motion sadness, you might notice Blomkamp offering up a few worthwhile ideas and developments. The follow-through, however, leaves a lot to be desired. Much is made of death and of consciousness, but instead of using the film to ask questions, Blomkamp provides definitive answers that neither satisfy nor provoke real thought. Because of the lackluster character-work, moments meant to have huge impacts fall flat.

Because of the lackluster character work and Blomkamp’s shortcomings as a storyteller, climactic moments meant to have huge impacts fall flat. The same could be said for the film as a whole. I’m convinced there’s a great film buried somewhere inside Chappie, one less ugly and more heartfelt, less action-packed and more contemplative, less manufactured and more human.