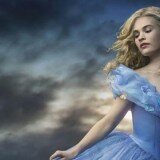 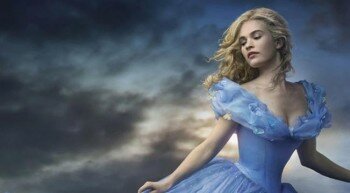 Truth be told, when I first saw the trailer for Disney’s live action update of Cinderella I met it with a resounding “meh”. It’s not that the film didn’t look good or anything, it just seemed like something tailor made to result in big box office dollars. Remaking one of the most beloved films in the Disney canon for a whole new generation seems like a no-brainer from a marketing standpoint. So, even if I wasn’t excited, I could at least understand its purpose. Imagine my surprise when the film started receiving an exceptionally warm welcome at its premiere. Reading the first set of reviews got me interested, then as the film maintained a steady stream of positive buzz, I knew I needed to see it for myself.

Over the weekend, Cinderella did marvelously at the box office, as expected. What makes it even better is that the film is actually deserving of the dollars. Cinderella is less a remake than it is a re-imagining of the classic animated Disney film. It doesn’t look so much to the Grimm source material and, in some ways, that’s probably a turn off to those wishing for a more faithful and dark version of the tale. No, Disney and director Kenneth Branagh aren’t looking to reinvent the wheel here. They want to bring you the same story we all know and love, with small updates and lavish designs to appease longtime fans. Fortunately, this is what I was expecting. It seems that some peers of mine were hoping for a different take, and I think that led them to disappointment more than the actual film itself.

Cinderella stars Lily James (Downton Abbey) in the title role. First known simply as Ella, she lives a comfortable life with her mother and father in a castle. She’s doted on thoroughly due to her high status, but by and large Ella is not snobby. Perhaps slightly entitled, but then again what highborn lady isn’t? The first of her bad luck streak begins when her mother takes ill and eventually passes, leaving Ella with the simple but effective message of “be courageous and kind,” a lesson we all might learn a thing or two from. After her mother’s passing, her father remarries the evil step-mother (Cate Blanchett), who in turn brings along the two evil step-sisters. The sisters and even mother aren’t exactly evil. The step-mother has turned bitter through loss, and the step-sisters are more spoiled and stupid than actually evil. They simply don’t know any better.

Most of the film winds up following a similar beat pattern as the animated classic. One major difference is that, before the mandatory ball scene, Ella meets her Prince Charming played by “King in the North” Richard Madden. I wouldn’t say Madden brings a whole lot of depth to our Prince, but given this isn’t really his story I can be forgiving of that. Madden is a capable actor who fits the part well enough, with a goofy green and flashing those baby blues. We get the standard Prince grooming to take over the kingdom story as a little subplot, but it never amounts to anything that interesting.

In fact, by and large, the plot isn’t the main attraction here. Of course, we get a fairy godmother, a group of friendly mice, pumpkin carriages and a happy ending, but what makes Cinderella stand out is its absolutely lavish production design, coupled with Branagh’s capable direction. Seriously, the design in this movie is impeccably decadent, from the dusty cellar where our heroine sings, to the massive castle on the night of the ball. This is pretty much a production designer’s fantasy. Even more impressive are the costumes, some of which took up to 500 hours of work. Combine this with Branagh personal directing style and you get a true winner in terms of dazzling visual nuance. For people unaware, Kenneth Branagh is probably best know as Gilderoy Lockhart from Harry Potter and the Chamber of Secrets, but he has also directed plenty of Shakespeare adaptions as well as Thor from 2011. Some people are saying he deserves better than Cinderella, but personally I think his style of direction suits the film perfectly. He isn’t concerned with breaking barriers, he knows what the audience wants and he always knows how to deliver.

Walking out of the theater after seeing Cinderella, I couldn’t help but smile. Not only that, but it inspired me to go home and revisit some of the classic Princess tales from Disney’s vault, including two I had never seen previously. If you are a fan of Disney Princess tales, the original 50′s animated version, or larger than life adaptations, Cinderella should be high on your list to see. See it in theaters if you can. This one is definitely worth it. Or, if the review hasn’t sold you, see my Top 5 Disney Princess Films for further recommendations!