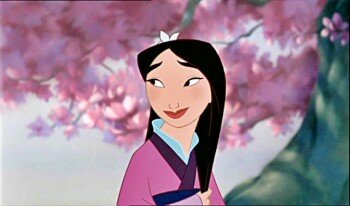 On a whim this weekend, I wound up going to see the new live action remake of Cinderella. My expectations were fairly low, but it ended up being a pretty good film overall. Maybe not amazing, but it did inspire me to go home and revisit some classics from the Disney Princess canon. Having not seen most of them in over a decade it was refreshing to see them again with a new set of eyes. For today’s top 5 I run down what I consider to be the best of the best in the Princess lineup!

Starting with an absolute classic, I revisited Sleeping Beauty for the first time in probably 15 years over the weekend. Not only does it hold up remarkably well, but I had a whole new appreciation for the animation style itself. Hand drawn, using technicolor cinematography, the film is one of the most beautifully animated I’ve ever seen. While the story may have some slight issues with character development, the dreamlike nature of the proceedings lends itself nicely to our sleeping heroine. At just 75 minutes long, Sleeping Beauty is a tight-knit yarn that doesn’t waste a moment telling its story.

Truth be told, I had never seen Tangled until this weekend. No particular reason why, just never got around to it. Boy, am I kicking myself for not watching it sooner. Tangled, a retelling of the classic story of Rapunzel, is charming, witty, marvelously animated, and just plain funny. In fact, I don’t think any other film on this list made me laugh as hard as Tangled did. I don’t want to spoil too much of it, so this is one where I simply say seek it out and watch it for yourself.

The Princess and The Frog

This is the other Princess I had not been familiar with prior to this weekend. In a lot of ways, this may actually be the best film of the bunch. It’s Disney’s first time featuring a black princess, it has a thumping jazz/blues inspired soundtrack, and it’s the last film Disney did in hand-drawn animation. Everything about The Princess and the Frog - from its villain to its princess to its hilarious side characters – just clicked perfectly into place, creating one of the best, most endearing films in the Princess world.

Beauty and the Beast

In terms of the best Princesses, you’d be hard pressed to beat Belle. She’s smart, independent, strong willed and just an all around great role model for young girls who tend to be these films’ main audience. Beauty and the Beast by extension winds up being one of the best films Disney ever made, period. A live action version of the film is scheduled to come out later this year but, in the meantime, anyone who has yet to see Beauty and the Beast ought to remedy that immediately. This one is a classic in every sense of the word.

Last, but certainly not least, is my personal favorite film on the list, Mulan. I’m not 100% sure why this film has always spoken to me on a deeply personal level. The songs, Mushu, Mulan herself, the villain, everything in this movie just hits the perfect note from my perspective. It’s funny, heartwarming and wonderfully animated. It’s also currently on Netflix Instant Watch, so if you have a subscription I implore you to seek it out asap. You’ll be glad you did!