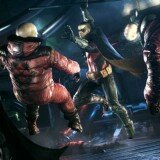 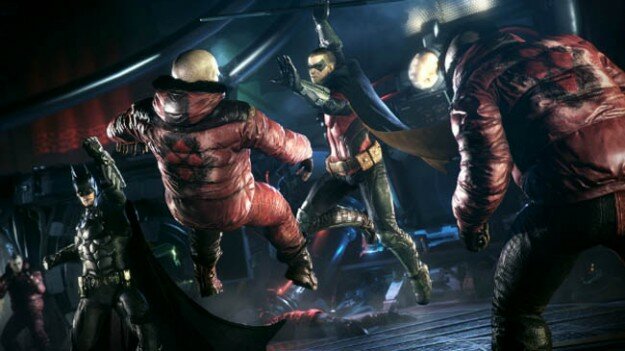 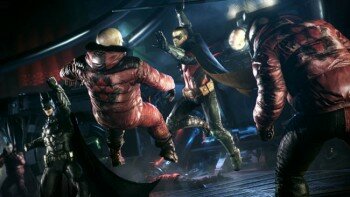 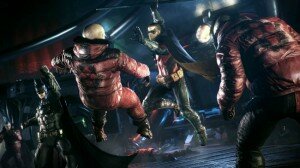 Rocksteady released a video today showcasing a new feature in the upcoming game Batman: Arkham Knight. Called Dual Play, the mechanic focuses on the Dark Knight getting help from his friends at certain points in the game. While in this mode, players can swap between the Dark Knight and his partner, who in this video is Nightwing, to build combos and chains of attacks together (the AI will control the character you aren’t playing as). While attacking, a special meter is filled up, which when full, can let the two pull off a devastating and flashy dual finisher. You can see more in the video below, in which Batman and Nightwing rough up a bunch of the Penguin’s thugs.

Though the video only shows Nightwing, it has been confirmed that both Catwoman and Robin will also be a part of Dual Play. Batman: Arkham Knight is set to release on June 23rd for Playstation 4, Xbox One, and PC. It’s the third game made by developer Rocksteady Games, and the final game in the Batman: Arkham saga. Additionally, this is the first game in the series to get an M rating.