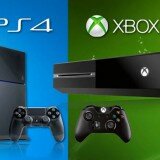 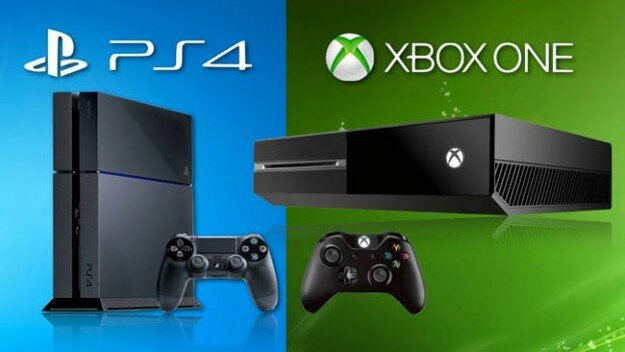 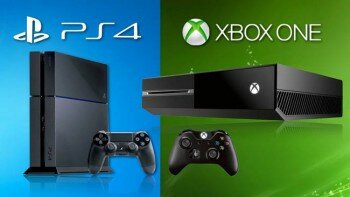 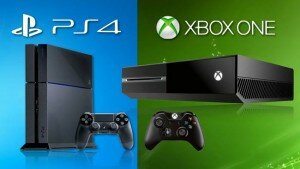 Video Games are a wonderful thing for people of all ages. With so many games out there from past and current generations, there is a wide variety to accommodate every type of gamer. The gaming industry is always evolving, so it’s important to know the boundaries in gaming and to respect the ratings made by the Entertainment Software Rating Board.

Since its formation in 1994, the ESRB has been the Judiciary Branch for the gaming industry; they enforce guidelines, and ensure responsible online privacy for all video games in the North American Region. The ratings by the ESRB are assigned to each game, based on the in-game content, as well as insuring ethical promotions for the games.

Video games have received negative publicity in the past; from kids committing crimes because they were “inspired” by a violent video game, to the use of profanity any many other behaviors that are not commonly found in kids. The problem is not with violent video games itself. It’s important parents understand what’s in the video game before they purchase it.

This article is dedicated to all the parents and adult figures out there who plan to buy their kids, or any youth they know a video game as a form of present. It will give you the tools to choose appropriate games that are fun and age appropriate for both the Xbox One and the PlayStation 4.

The History of the ESRB 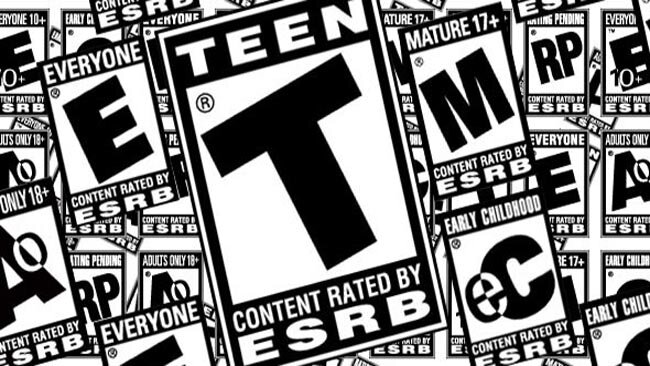 Video Games with controversial content can be set back as far as the 1970s; with one of the most noted games of that decade being, Death Race, which required players to hit gremlins over their vehicles, for each gremlin ran over by the player’s vehicle, disturbing sound effects would be heard throughout the game.

Fast Forward to 1982, the Atari 2600 was a popular yet at times a controversial gaming system; with most of these controversial games being made exclusively for the Atari 2600 and developed by the infamously known game company, Mystique who was most notably known for their game, Custer’s Revenge, which was most notably known for having a “rape simulation” on a Native American female.

The formation of the Board would not come into surface until the 1990s, where many video games would increase not only graphically, but also with the ability to implement full-motion video content. 1992 was the most important year in gaming, with controversial games such as Sega’s Night Trap, known for sexually suggestive scenes and the popular arcade fighting game by Midway, Mortal Kombat, which was mostly known for their fatalities.

With many major game developers and publishers being threatened by federal regulations, they formed a political trade group known as the Interactive Digital Software Association (IDSA). However, due to disagreements within the Association a vendor-neutral rating system was proposed, which began the formation of the ESRB in 1994. 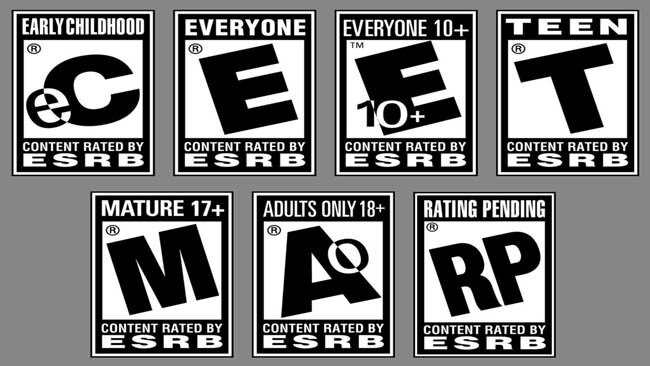 The ESRB if understood correctly can be anyone’s best friend, they help guide shoppers into giving them a heads up as to what you can expect before purchasing the video game itself. Currently the ESRB recognizes five ratings:

Each time a video game is rated by the ESRB, the back of the video game cover explains to the consumers why that particular video game was given that specific rating due to certain things featured in the game, such as “Mild Violence”, “Mild Language.”

Kid Friendly Games on Both Systems 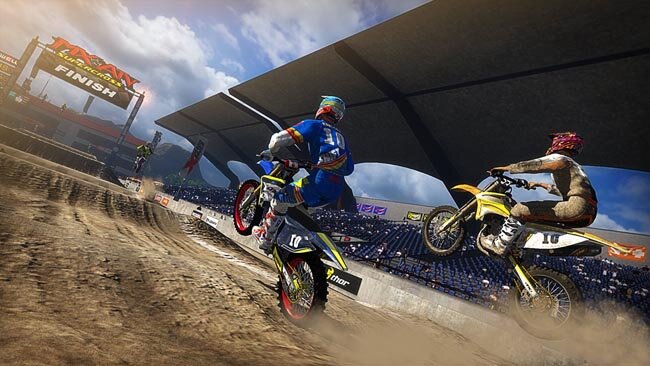 The PlayStation 4 and Xbox One are both phenomenal gaming systems, each systems has its pro and cons, whether you prefer one over the other, there are plenty of games released for both consoles respectively that are perfect for kids.

Currently out on the market for both systems include tower defense game, Plants vs. Zombies with a latest installment in the franchise, Plants vs. Zombies 2: Garden Warfare 2. Perhaps your kid wants a good racing game? MX vs. ATV Supercross is a fun racing game found on both the PlayStation 4 and Xbox One still not seeing any popular kid friendly games peeking your interest?

Try the critically acclaimed 2D side-scroller, Shovel Knight! Or the popular Sandbox video game Minecraft, for those who may not know what Minecraft is, think “Virtual Reality Legos!” Or perhaps you are feeling a bit nostalgic? Not a problem Mega Man Legacy Collection is the latest video game compilation from Capcom, offering the first 6 games in the Mega Man series!

The Toys Are Alive 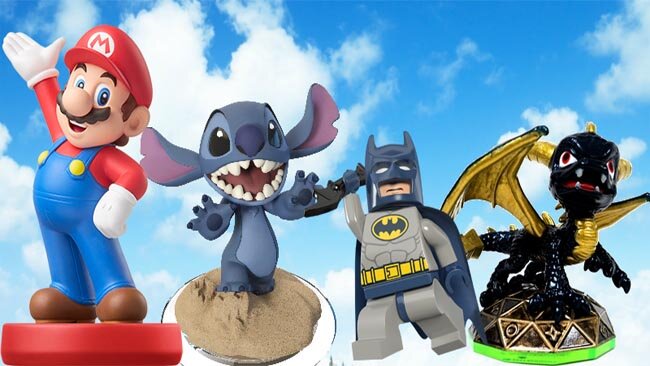 The “Toys-to-Life” is a genre of video games that featuring physical figurines that can be used to interact within a specific video game. These figurines that belong to this genre uses a near field communication or image recognition data protocol to determine the individual figurine’s proximity; players with one of these figurines may also train them and save the data and players can watch them grow in-game over a period of time (with in-game training of course!)

Some popular brands in this genre include, Skylanders, Disney Infinity, and Lego Dimensions, with the most expensive being the Disney Infinity, however they are the best in terms of product quality.

While the Toys-to-Life genre can be an expensive investment in the long run, with some arguing it is nothing more than a form of overrated downloadable content (DLC), however these figurines are much more valuable than digital files stored on your console as they can be held, and while they can be pricey, they hold a lot of value! Rhythm games are a genre of music-theme action video games that challenge a gamer’s rhythm rather than their skill with a controller. Most recently and more popularly the kings of the throne are Guitar Hero and RockBand. While these games are both similar in concept they are both very different in terms of gameplay.

Originally, Rock Band offered more instruments than its competitor. That was true until Guitar Hero World Tour came out, evening out the instrument count. Both of these games offer a lot for all ages and are perfect for family gatherings or even birthday parties. The two latest installments (Guitar Hero Live and RockBand 4) do not offer online play, so you won’t have to worry about your children meeting strangers while they jam out to their favorite songs! 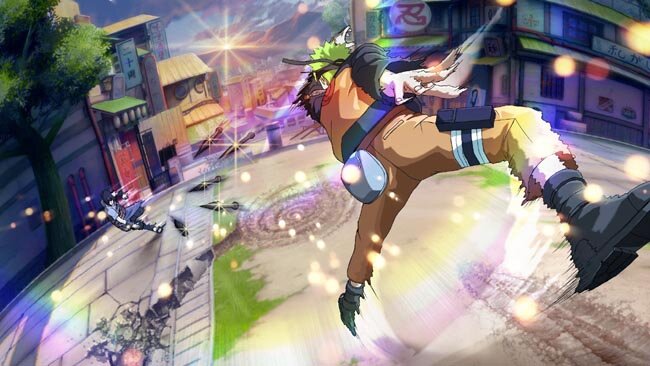 The term “Anime” means a style of Japanese film and television animation, typically aimed at adults with some aimed to a younger age group. There are plenty of Anime games on the 8th generation that are very kid friendly and not as violent as you may think and most of these games are multi-platform, meaning they are available on both the Xbox One and PlayStation 4.

Some good anime games include Dragon Ball Z Xenoverse as well as Naruto Shippuden Ultimate Ninja Storm 4, two fighting games that based on anime’s of the same name. Also anime game is the RPG Digimon Story CyberSleuth, sorr Xbox Owners this Digimon game is not available on your platform.

Don’t Always Judge a Game by its Rating Although the ESRB gives you suggestions as to what you should buy for your kids based on the letter, many would be surprised to know that not all kid friendly games have a E rating.

As I stated in the anime paragraph most anime games typically receive a T rating, however, when you look on the back of it most of the content shown in the game is nothing too bad to have your kids playing. The same applies with games that are not based on an anime.

Take 343 Industries latest release Halo 5: Guardians, for example. It is the first game in the Halo franchise (known for it’s gory gameplay and M ratings) that received a T rating, because of Blood, Mild Language, and Violence. While the game is not something an 8 year-old should play, this game may be appropriate for someone who is around 15 years of age.

Or EA’s Star Wars Battlefront reboot. While the game also has a T rating, this game also is very kid friendly, because the game features no profanity, as well as violence with no blood not to mention it has many iconic settings and characters from the greatest Sci-Fi movie franchises ever. 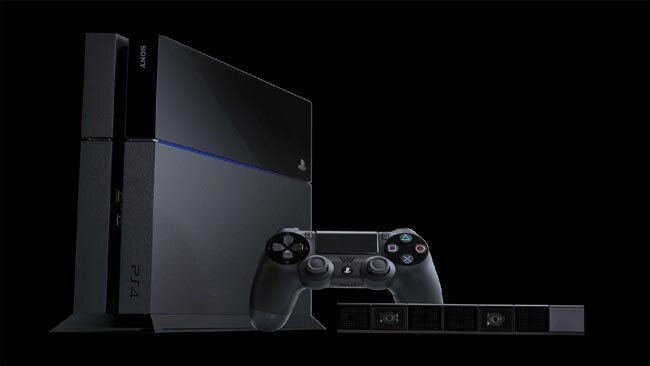 The Sony’s PlayStation 4, offers a variety of Video Games for all ages, while many would argue a young child shouldn’t be playing a PlayStation 4, there are more than enough games out there that contradict that claim.

The LittleBigPlanet series is a puzzle platformer that started out on the PlayStation 3 in 2008 and has been a popular Sony exclusive ever since. Craving something a little more fast-paced for your PS4? Then swing by to the PlayStation Store and purchase Super Stardust Ultra a shoot ‘em up game as well as a remastered version of the PS3 and PSP game, Super Stardust HD.

Even if you don’t want to spend any money on the PlayStation Store, you can always download Grim Fandango Remastered, an action adventure game originally released in the late 1990s. 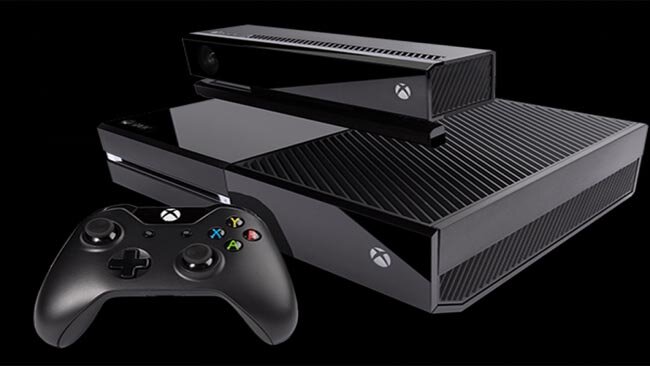 Now it’s time to talk about the many fun games for kids to play that are exclusively on the Xbox One. One of the greatest kid friendly games for Xbox One owners is the video game compilation Rare Replay, which is collection of 30 video games developed by Rare and its predecessor company, Ultimate Play the Game. While some games in the compilation are not kid friendly such as Conker’s Bad Fur Day there are still plenty of great games that kids will love.

Some of the best games in Rare Replay include Battletoads, Viva Piñata
Not to mention two of the greatest games for the Nintendo 64, Bajno-Kazooie, and Banjo-Tooie are found in this compilation! Another Xbox Exclusive that appeals to children is the kid friendly E rated racing games, from the Forza Motorsport and Forza Horizon series! 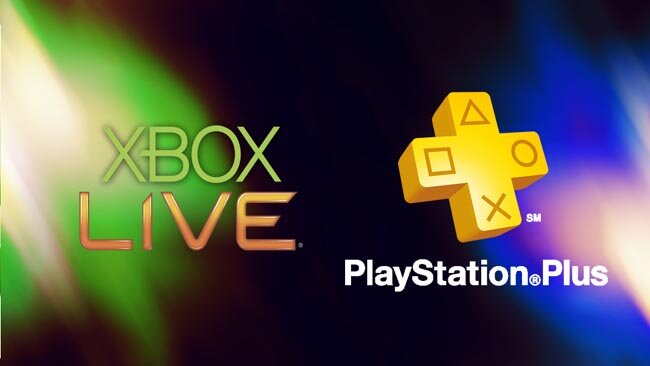 Playing Video Games online can be fun, yet very dangerous. While both the Xbox One and the PlayStation 4 offer there own forms of online subscriptions (Xbox Live and PlayStation Plus respectively.)

While it can be scary having you’re kid talking to not only strangers but also fouled mouthed kids, and unfortunately the ESRB has no say in online gameplay, but you and your children can practice safe online gaming.

LittleBigPlanet 3 offers online co-op so your children can play with their friends through online co-op, or Star Wars Battlefront, which offers online play, unlike most online shooters like Halo, and Call of Duty, Battlefront does not allow any chatting for in-game lobbies, allowing you not to hear any disrespectful and rude comments while waiting for a new game to start, and if you would like to have a party for your game chat you have the power to do it at your leisure. 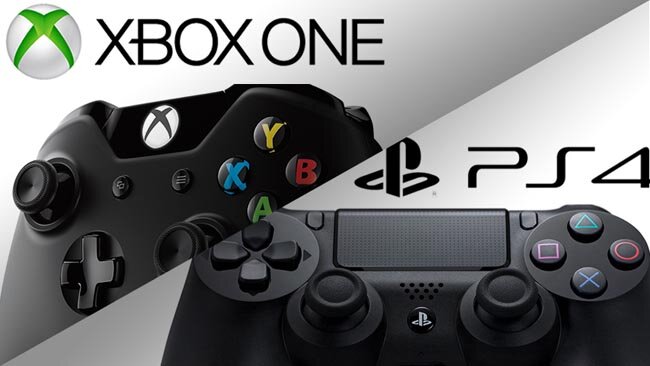 While Video Games are a wonderful thing to play, many gamers are still young and most kids in this generation are playing many games outside their age bracket, while there is nothing wrong with parents buying these games as every parent is different it is important to understand the difference between reality and virtual reality, as well as the importance of reading the ESRB rating for each game before making a final decision on your purchase.

In our Double Impression Movie Review series, we bring you two unique reviews of one epic film. To celebrate our “Resident Evil Week” here at ATE, we will bring you 5 Double Impression R.E. reviews – one for each film in the “Resident Evil” series. Miss Valentine brings you the gamer’s perspective, and Brie offers the non-gamer point of view. Give us your opinion in the comments below!

Far Cry 5 Gets A Release And Debut Trailer
Search: