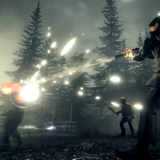 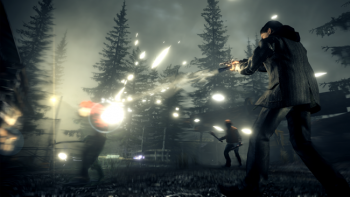 If you’ve ever been curious to try Remedy Entertainment’s Alan Wake, you might want to get on that soon. Starting on May 15th, the game will be taken off the Xbox Store and Steam.

The reason? The licenses for the game’s music are expiring, hence the removal. The good news is that starting tomorrow, the game will be getting a 90 percent discount on Steam. The sale will last for 48 hours, afterwards the game is gone for good.

I should stress that this is the digital version of Alan Wake; physical copies obviously aren’t affected, though I wouldn’t be surprised if you see copies of that version go up in price after awhile. The original game released in 2010 for the Xbox 360 before making its way to the PC in 2012. The game got a follow up called Alan Wake’s American Nightmare in 2012, but that game wasn’t an official sequel. Remedy is currently working on a game called “Project 7″, which is set to release on the Xbox One, PlayStation 4, and PC.

Alan Wake sale on @steam_games 90% discount starting 5/13. Game will be removed from stores after 5/15 due to expiring music licenses. pic.twitter.com/y10DPgY8Q0