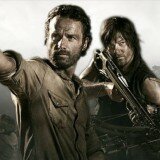 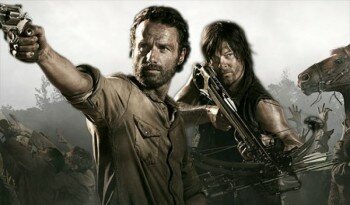 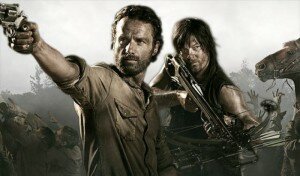 Even as the season 4 finale of The Walking Dead wrapped, crews were beginning to gather, plan and film the upcoming season. With work already underway on season 5, we wonder what will happen with Terminus. Who will be getting out alive? What exactly is going on there?

In the last episode of season 4, Daryl, Rick, Michonne, and Carl got shoved into a box car, where they met up with some old friends. When and how they will escape is anyone’s guess.  The photo shows Rick sporting the same look and he could be looking through an entrance, or the box car door?

I think it is time to kick some ass, don’t you think? Share your thoughts on the upcoming season of The Walking Dead, which will premiere in October 2014.