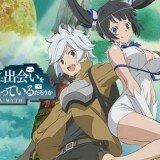 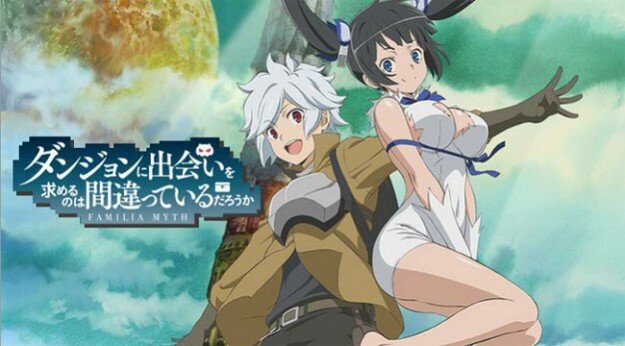 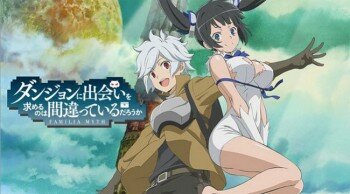 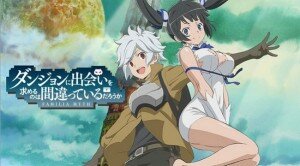 In the fictional world of Orario, a dungeon exists containing an assortment of monsters from Minotaurs to goblins. Adventurers visit this dungeon to defeat monsters and collect the magic stones and items they drop, which are used to craft items. These adventurers join groups called Familia, named after the god or goddess who reside over the group. Bell Cranel, a fourteen-year-old solo adventurer, is the only member of the Hestia Familia and works hard to make ends meet for himself and his goddess. One day, Aiz Wallenstein, a famous adventurer known as the “Sword Princess”, saves Bell’s life. After that encounter he vows to better himself, working hard to become stronger until the day he can stand on the same level as Aiz.

Is It Wrong to Try to Pick Up Girls in a Dungeon? is essentially what happens when you take an RPG and turn it into an anime. Numerical levels gauge the skill an adventurer gains both in and outside the dungeons. As an adventurer levels up they have the potential to gain new skills, such as magic, which enable them to go deeper into the dungeon. When monsters are killed they drop items, which, depending on the Familia the adventurer is part of, can be used to craft items or exchanged for currency. Of course the stronger monsters deep in the dungeon have better drops, prompting Familia to seek out adventurers with high potential.

What gives this series its appeal is the depth that the Familia system provides. Within the first episode it becomes very apparent that the world is well thought out, peaking an interest in the grand narrative the focused story is conveying. There is the inherent potential for a myriad of characters of different species and origins to appear in later episodes. As the show is formatted like an RPG it is implied that Bell will build his party as he encounters new individuals, which will eventually add a group dynamic to his adventures.

Given the name of the series, I am certain many would assume that episodes rely heavily on harem aspects. However, this series does not come off as your run-of-the-mill member of the harem genre. Though there are women of varying romantic interest surrounding Bell, each one plays an integral part in the story. With a similar dynamic to the series Saekano – How to Raise a Boring Girlfriend, the main male in the story would be completely useless, or in Bell’s case dead, without the knowledge and guidance of the women around him. Of course the series does play on certain harem tropes to provide a bit of fan service, featuring almost ridiculous amounts of breast-to-face contact. Yet that can be ignored with the attention given to those female characters as something more than eye candy.

To be honest, I began watching this anime due to its quirky title, but continued past episode one because of its intriguing world and loveable characters. The story follows a simplistic formula common to the “high fantasy” genre so the series does not necessarily provide anything new, but that is not a bad thing. A series does not have to be completely unique in order to be refreshing, all it has to do is put a new twist on a beloved formula. Is It Wrong to Try to Pick Up Girls in a Dungeon? certainly is a great contribution to fantasy anime, and should make it into everyone’s queue.

Is It Wrong to Try to Pick Up Girls in a Dungeon? is a weekly anime series, based off the light novel of the same name, which began airing in Japan on April 3, 2015. The series is currently being simulcast via the anime-viewing website Crunchyroll with a planned season of twelve episodes. The original light novel has also has an ongoing light novel spinoff, as well as three ongoing manga spinoffs.

Did you enjoy this article? We’d love to hear your thoughts in the comments below. For the latest on all that’s epic in gaming, movies, television and cosplay, follow us on Twitter or like us on Facebook!
37
SHARES
FacebookTwitter
GoogleWhatsappPinterestDiggLinkedinRedditStumbleuponTumblrMail