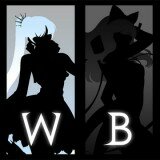 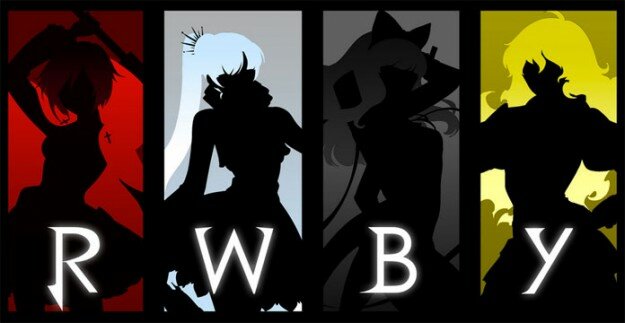 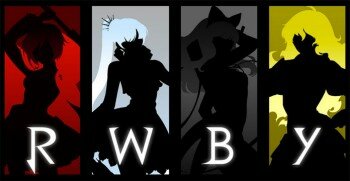 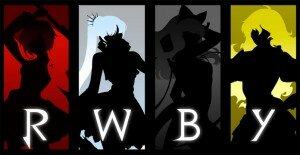 In the world of Remnant shadowy monsters known as “Creatures of Grimm” threaten humanity, Mankind once waged a battle of survival against the Grimm before discovering a mysterious element called Dust, with which they harnessed the forces of nature and fought back against the darkness. Those who use these abilities to battle Grimm are known as Huntsmen or Huntresses, whose service is still needed to protect the kingdoms. The series follows Ruby Rose, Weiss Schnee, Blake Belladonna, and Yang Xiao Long as they attend Beacon Academy and form Team RWBY. Alongside their friends they train to become the defenders of the humanity and fight any forces, Grimm or otherwise, that threaten it.

I remember back when the trailers for the series first began appearing on Rooster Teeth’s website in 2012. Each trailer, named for the colors red, white, black, and yellow, introduced a main character and teased a bit of the story with beautifully composed music and action sequences. I thought it was a genius way to introduce a new series, and to this day I still go back and watch those original trailers. Watching those characters, based in the fairy tales I loved growing up, perform their lethal dances had me hooked instantly. Never before had I seen something like this, and I knew I was looking at something special. 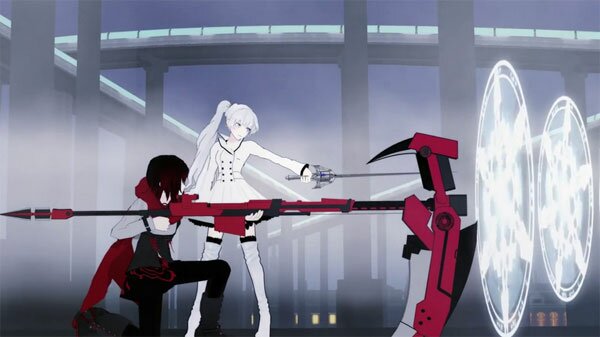 Though I must admit, despite falling deeply in love with the trailers I did not stick with RWBY week to week once it came out. I was unfamiliar with the five-minute segment format for web series, and did not feel a sense of immersion in the story due to the time constraints. The first half of Volume One is dedicated mainly to setting up the characters and environments, and though entertaining those five minute segments were quickly put out of my mind after I watched them. RWBY seemed to lack that spark that I had seen in the trailers, and I simply sighed at the loss and moved on.

Of course had that been my last experience with the series I would not be writing this review right now. Last summer my close friend Jordan (yes, my name is Jordan and I also have a friend named Jordan) demanded that I watch RWBY before we took our trip to BronyCon 2014 in Baltimore, Maryland. Volume Two was on its way, and she absolutely refused to share a hotel room with someone who would not watch the latest episode with her. I tried to give my reasons behind my dwindling interest in the series, how I just felt that the story was not engaging enough, but she obviously thought I was blind for not seeing RWBY’s brilliance and demanded I watch it again.

With Volume One completed I was able to seamlessly flow from one episode to the next. Originally I watched the show in the background when I was working on a cosplay for the upcoming convention, but I soon found myself unable to sew because my eyes were drawn to the screen. The show was good. No, not just good, the show was amazing. Each character was entertaining, the story was inspired, weapons were unique, the soundtrack was engaging, and the world expansive. I watched the entirety of Volume One, and then I watched it again. Immediately I regretted not giving the show a better chance when it came out because I felt like I had been missing out on something amazing for so long. 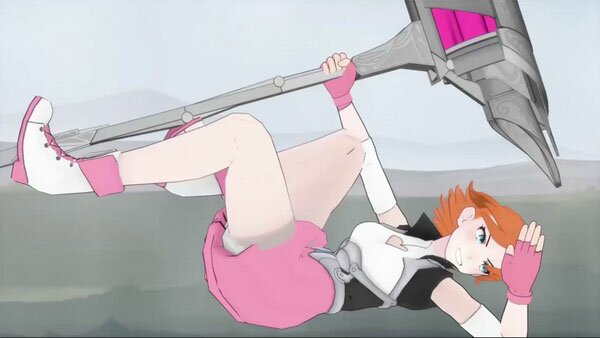 As BronyCon rolled around Jordan and I crowded around her laptop to re-watch the premiere of Volume Two before watching the newest episode. We cheered during the fight scenes, exclaimed at the drama, and excitedly talked theories after the episode was over. I can still see that smug look on her face as I gushed over my love of the show as she relished in the fact that she had gotten me to obsess over another show. Actually, the first show she had pulled me into was My Little Pony, which led me to being at BronyCon to geek out over technicolor ponies and RWBY with her.

As Volume Two continued I would eagerly await the newest episode so I could watch the fate of my new favorite characters unfold. When I realized that the large influx of viewers would occasionally crash Rooster Teeth’s website when a new episode was released to the public, I found myself with the website pulled up at least an hour beforehand. Though I would not sit and stare at the timer counting down until the newest episode, I had the browser open on the side of my computer screen so that I could occasionally glance over while I was doing coursework. The second that the episode began playing my phone would light up with messages from Jordan as we texted commentary back and forth. Of course if I am being honest, the true commentary did not begin until the credits began rolling. Most messages sent during the actual episodes consisted of exclamation points, short statements emphasized by their presentation in all-caps, and creative expletives.

Were my browser decide to crash, as it generally did given my college’s unreliable internet (I love you, William and Mary, but that Wi-Fi needs some work), I would grumpily sit there as my phone vibrated violently at the influx of texts, threatening to explode. And telling my friend that my browser had crashed would not stop the texts. Instead the content of the messages would change from episode commentary to light hearted teasing at my misfortune while I tried to coax my internet into working again. As I was sitting there trying to pull up the Rooster Teeth site I knew that I did not actually miss anything. It is not like the show was live; I could start and stop it any time I wanted. Yet I still felt like I was greatly missing something by not seeing it immediately as it came out. It was partially due to missing out on the live commentary with my friend, but also because logging on and watching the show “live” made me feel connected to the rest of the Rooster Teeth community. 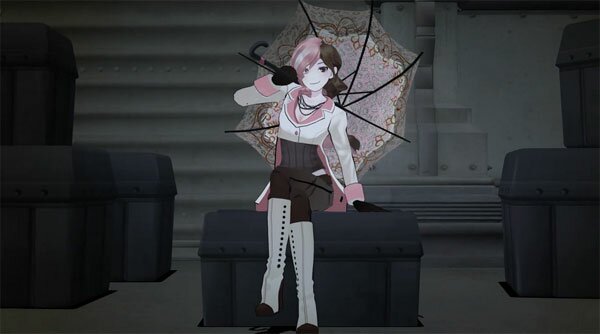 Now I knew going into this review that I would become increasingly sentimental and passionate as my writing progressed. Because RWBY is not just some anime that I think is good. If it was that simple then this review would not have taken me so long to get around to despite this series being my favorite. No, RWBY acted as my “first” in many different areas.

RWBY was the first web series I had ever watched, and the first time I realized that the internet was a powerful medium for content creation. It was the first show that displayed to me that just because female-led series may be avoided in media like film and television, on the internet they can flourish. It was the first show that made me interested in animation, and the first show that displayed how far your resolve and passion could take you if you were willing to put in the hard work to create something. There are days when I will go back and re-watch the trailers, despite having watched them so many times I know the songs and action sequences by heart, to ignite a crazy spark of creativity in me when I really need it.

Additionally, RWBY is one of the reasons I will continue to fight for anime as a genre. When I first began watching anime back in middle school I was so ridiculously ashamed of my interest that only my closest friends new about it. Because back then anime had a stigma surrounding it that it is strange, overly violent, overly sexual, and was only for those on the very margins of Western society. Though anime now is becoming more and more mainstream in Western culture there are still the negative stereotypes that persist pertaining to the “other” that makes some people uncomfortable around culturally odored content. Yet now I know people who are against anime watch RWBY and do not even know it is considered an anime, let alone that it is the first anime to ever be imported to Japan. This series emphasizes that anime really has something to offer if you give it a chance.

So, would I recommend this show? Hell yes. You can watch it on Rooster Teeth’s website, YouTube, Crunchyroll, and even Netflix. If you are rearing to just watch the whole thing through without breaks I would recommend Netflix as the episodes are seamlessly strung together into two movies. Even if you are not sure if you will like it, give it a chance. Or even a second chance. You may find some spark in it that draws you in.